Trump’s bullying tactics will not work with Iran 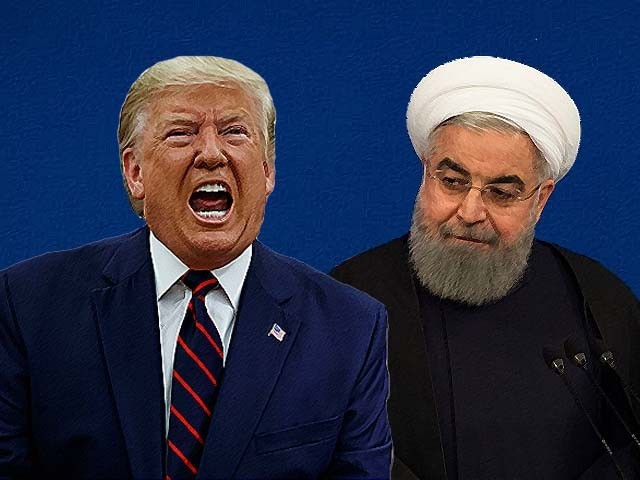 Iran, it seems, is undergoing an internal change – one which neither America nor any other nation can alter; as evidenced by the fact that Faezeh Hashemi, political activist and daughter of one of the founders of Islamic Republic of Iran, stated that,

“In my opinion, the collapse of legitimacy has already happened, and only a physical collapse has not happened, and chances are high that this will happen.”

Her words echo the tumultuous period Iran has had to endure over the past year due to persistent protests which have taken place against the Iranian regime, and the crackdown which has ensued as a result of the protests. The deteriorating economic situation and stifling political structure has led to widespread dissatisfaction for many in Iran, with the downing of the Ukranian airliner only adding to the hardships faced by the citizens of the nation. Indeed, the tide of public opinion, in light of the upcoming parliamentary elections, is expected to turn against the reformists and moderates who unexpectedly won a parliamentary majority in the 2016 elections. While Iranian President Hassan Rouhani’s promise to improve the life of the common man, this initiative has been severely weakened by American sanctions, causing Iran’s currency to heavily depreciate. But Donald Trump’s pressure campaign alone can not be blamed for the loss of support for the Iranian regime. Iran’s leaders will have to shoulder the responsibility for the growing number of protests.

Failed promises could certainly lead to a parliamentary majority for the Iran Principlists bloc — a win that could strengthen their hand ahead of the presidential election of 2021 and give more ammunition to remove Rouhani from his office even before his term ends. Regardless of the parliamentary election outcome in Iran, Trump must not make the same blunders his predecessors made long before him in other countries. There is no need to engage in a scuffle with Iran if those within the country are already protesting against the existing regime.

We’ve seen it already. If Ancient Rome’s sheer size made it difficult to govern, ineffective and inconsistent leadership only served to magnify its problems, thus resulting in the eventual demise. Yet, as demonstrated in Iraq and Afghanistan, this is a lesson which Pentagon has failed to learn. Indeed, it might seem futile to wage a conventional war to speed up the fall of a regime that feeds on sheer brute force and falsehood while the public is already taking to the streets. Hence, it is not particularity surprising that Trump chose to endorse those protesting against their rulers in Iran. However, such overt support does run the risk of being labelled as foreign intervention in domestic affairs, which is why Trump will have to tread carefully.

Many belonging to Iran’s civil society and diaspora have been quietly, but actively, working to support the public protests. Those efforts must be supported and not meddled with by the Trump administration. Without this backing, any military and political interference from the United States (US) will only serve to further embolden the Iranian regime against the protestors, who may be labelled as foreign agents. Therefore, as discontent persists in Tehran and other parts of the country, the vision that Iranian themselves put forward in the streets should no longer be deferred.

Despite America’s repeated no-regime-change rhetoric, compelling evidence has come to light indicating that the Trump administration has been hoping to deliberately weaken the Iranian regime to the point where it might implode. Curiously, the latest revelations of leaked American government documents show how long, and the extent to which, senior officials have been actively considering measures aimed at disrupting the Iranian regime, despite repeated denial of any such activity.

But now that the Iranian regime’s most powerful weapon, fear, has slowly lost its power, perhaps now is the time when the Iranian public will finally take their future into their own hands, with or without Pentagon’s assistance. Indeed, this is the safest and cheapest card Trump can play in the long run, no matter how long it takes for regime change in Iran to manifest itself. Ultimately, this change will have to come from the inside and cannot be imposed by external actors, no matter how much Trump may want it to.

The writer is a journalist and editor who has worked for The Guardian and The Himalayan Times.