My blood runs thick and green 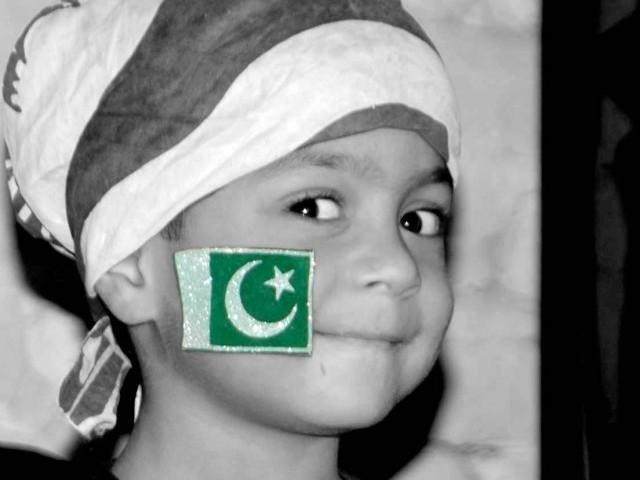 Some of us migrated decades ago and our children and grandchildren have only superficial ties with Pakistan. PHOTO: INP

The problem starts as soon as I open my mouth. My ‘r’s roll out like a googlie, my ‘t’s sit heavy on the boundary and my ‘a’s are massive leg bys. I have to say two sentences and everyone’s on to me. Where is that lovely accent from? Oh, Pakistan! We wouldn’t have guessed. Where did you learn to speak English? Did you wear a burqa back in Pakistan? How many wives does your husband have?

When you are trying to learn a new language, the first thing you want to know are the swear words– how to say sh–t in French, how to tell someone off in Italian etc. I guess we all like to focus on digging for the dirt because maybe the rest of the stuff is boring?

My first born during his primary school years had a couple of run-ins when his mates found out that he was from Pakistan. They argued that since his country was next door to enemies (Afghanistan) the obvious conclusion would be that his country was bad too. Raahem automatically switched to defence mode and started commenting on the bad treatment of indigenous people in Australia. A heated argument took place where cricket and religion were wrestled to the ground. Thankfully Ms Cusack came through with the peace talks. I was secretly proud of my chit of a boy – then turning all philosophical on my 10-year-old I touted out this theory:

‘We don’t have to defend our country or religion by putting other peoples’ beliefs and values down. The best defence would be to come up with good things about your country, cricket team, politics and religion.’

I don’t know if that made any sense to him, but I decided to follow my own advice and every time people nudged and niggled about Pakistan I had something better, flippant or educational to say; I flash-lighted shiny, happy comebacks.

“You must feel safer here – it is always so unstable in Pakistan isn’t it?”

To which I would reply:

“Did you know that I used to walk home with my friends from college most days? It would take me about 30 minutes and we were hardly ever scared.”

When someone would come and ask:

“Did you have to have your head covered at all times in Pakistan?”

“I loved wearing white shirts and blue jeans when I was growing up; I also enjoyed playing street cricket”

“How did you handle all the fanatic elements around you?”

To which I say:

“Have you ever heard Sufi poetry? We have some fabulous singers back home, you must have heard of Nusrat Fateh Ali Khan?”

Is that a bit like skirting the issue? Like being political and avoiding an answer. But I don’t ever want to say anything against my home – a place that nurtured me and where my roots lie deep in that fragrant soil.

So let’s try the honest approach.

Yes, things are unstable in Pakistan – more so now than before. Certain areas in Pakistan are unsafe, but the same is true for most countries, especially developing ones. I never covered my head except when I visited the mosque or elders up in the country side, but we would all show the same respect anywhere in the world.

Fanaticism has grown like cane toads back home, but is present in all religions, in fact different shades of fanaticism are present in sports, music, media and to some extent even in well educated cultured people. All fanatics are harmful to some extent – we all fight them on a daily basis, just at different levels. I still remember a mosque near our college declared a fatwa against dancing, but our school still went ahead with our performing arts week. For every fanatic that raises its ugly head, there is someone always ready to sing a song and dance about it.

Some of us defend our country relentlessly, we refuse to see any dark holes and turn our backs on serious issues of human rights, education, and poverty. We know these things exist but our defence shields only understand nationalism because we love our country no matter what happens, our blood runs thick and green.

There are some of us who migrated decades ago and our children and grandchildren have superficial ties with Pakistan. To them, Pakistan is a distant holiday destination. A place two plane rides away – crowded, noisy and filled with dust. A sight-seeing trip where they find themselves centre stage; pampered and over fed by numerous uncles and aunties with strange accents.  They are vaguely aware that one of their parents or maybe both belong to a town in Pakistan, but they hardly indulge in any nationalistic discussions, they don’t ever grow defence shields. Sometimes they indulge in traditional festivals like Eid, obliging their parents by adorning glittering costumes, but can’t really enjoy its true cultural essence. During a conversation if it’s considered cool to have an interesting background they will play their ‘Paki card’, otherwise they are like spring water; colourless and adaptable to fill any container.

Some of us are guilt-driven because we abandoned our country and are the contributors towards brain drain. It feels like we are somehow responsible for all the unfortunate things that happen back home but we are handicapped like Jake Sully – except when we dream Avatar dreams; surreal, fluttering and fragile dreams.  A place where our Avatar feels tall and loved. People like us are on a rescue mission, we are the activists and big talkers, we have decided to love and judge at the same time. We relentlessly support causes back home, run fund-raisers to aid the poor and curse the negative factors with the same fervour. We are desperate to do something magical for our country – we long to go back but daily grind, life and liabilities cripples us. Jake Sully sits heavy on our mind.

Among all this I find myself morphing between nationalist, denialist and activist. I get tired of defending myself constantly; I defend obvious throw away matches spiked with match-fixing and try my hardest to paddle free from knee deep corrupt ways of our politicians. Then comes my religion.The funny thing is that knowing about my religion was never an issue back home. I was raised by modern-minded Muslim parents so the ugly mullah version never quite cottoned onto me. Now, however, I need to have all my religious facts at my finger tips because anyone can throw an Islamic yorker at me and I would have to play it. Oh and the icing on top is, being a Muslim woman- makes juggling nine balls on a monocycle look easy. Cover the head? Wear a dress? Obey the husband? Be in-charge of my children’s religious education? Bare my arms? What to wear at a beach? Avoid strangers of the opposite sex? The list is endless. I am a little tired of walking the tight rope peddling my migrant goods.

Now when someone talks about shooting bad drivers, I tell tales of horrendous traffic conditions back home. When someone asks me if my husband ever wore a ‘towel’ around his head I reply ‘real men always do!’ when someone talks about honour killings, I join in; I condemn the barbaric act, curse the system and the law and  loudly proclaim that such Pakistanis are callous. When innocent children get beaten up publicly in the name of religion or justice, I close my heart towards all preaching. When someone talks about beards and burqa and other misguided aspects of Islam, I condemn all religious practices that focus entirely on physicality – it’s like following some Islamic cosmopolitan dress code.

Is this the better theory?

Days riddled with guilt and nostalgia always leads to old folk songs, soulful Punjabi poetry that fills my heart with longing and sadness for Pakistan. When I adorn an intricately embroidered shawl that is my mother’s, my shoulders broaden with nationalism. When people ask for ‘that beautiful chicken recipe’ my heart races to Sunday lunches with my family where drumsticks were distributed to each sibling in rotation. When I oil my hair on sunny afternoons, my tired mind remembers my grandmother’s big hands, massaging away all worries. When I think of everyday rickshaw drivers driving in heat and dust, living their entire lives in one room shacks but still having the cheerfulness to write cheeky one liners like ‘Let the Prince pass’ or ‘A mother’s prayer is like a breeze from Heaven’on their decorated rickshaws, my defence shields turn on automatically – my blood runs thick and green.

An educationalist who has a masters degree in Computer Sciences and a post graduate diploma in education from University of Melbourne.