Why is Danish Kaneria suffering while convicted spot fixers flourish? 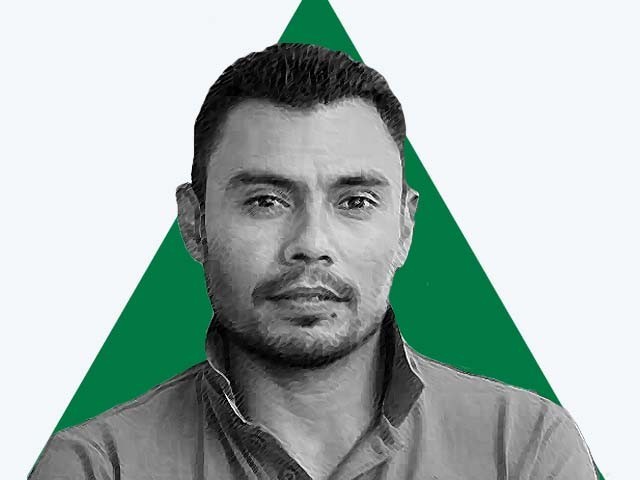 A country like Pakistan does not have many opportunities to elevate its image in the international media. With powerful adversaries that have significant global reach and a severely conservative local population that more often than not happily provides graphic evidence of societal regression through their actions, the world views our corner of the globe as backwards and extremist. To be brutally honest, Pakistan is certainly not a religiously diverse country and so, religious minorities face various problems that create unimaginable pangs for what are essentially marginalised groups in society. However, Pakistan’s former leg-spinner Danish Kaneria presented an opportunity for the nation to at least try and be more tolerant and appreciative of diversity.

Cricket is undeniably the most watched sports in the country. Players who make it to the national team become overnight icons and almost instantly obtain the ability to influence large segments of the nation. Their words matter and their actions, even more so.

Danish Kaneria was one of the greatest cricketers produced by the country. Only the second Hindu to represent Pakistan, his magical leg-spin catapulted him to the number four spot in the list of all time high wicket takers in Test matches for the country. Fast-bowlers Wasim Akram, Waqar Younis and Imran Khan, three legends of Pakistan cricket, are the only ones ahead of him in this list. He has clearly cemented his place amongst the greatest cricketing icons in the country in terms of achievements. The longer format of the game became his regular hunting ground where he took 261 wickets in a mere 61 test matches. To put things into perspective, the legendary Abdul Qadir, recognised as the best leg-spinner ever produced by Pakistan, took 25 wickets less than Kaneria despite having a longer career and playing more matches.

Sadly, in 2012, Kaneria was banned for life by the England and Wales Cricket Board (ECB) for “influencing” Essex player Mervyn Westfield into an act of spot-fixing. Kaneria’s career ended without actually committing a crime because of the allegations of a convicted cricketer. Unethical practices, especially those that can be classified as crimes, should never go unpunished, especially in Kaneria’s case, since his actions spelled the end for an otherwise illustrious career. However, an over-arching view needs to be taken while dishing out punishment for any crime.

Mohammad Amir, Mohammad Asif, Salman Butt and quite recently Sharjeel Khan have all been given second chances after bringing the game and by extension, the entire country, shame. Their acts tarnished the reputation of Pakistan globally and even then, all four have been allowed to return to the sport. In fact, even Westfield, who accused Kaneria of spot-fixing, was only served a five year ban as opposed to the lifetime ban imposed on Kaneria.

Pakistan does not have a rich history when it comes to including players from minority groups into the national setup. The most eminent player from a religious minority to represent Pakistan was Yousaf Youhana, a Christian who later converted to Islam, effectively taking him out of the lens that we are focusing on.

Kaneria’s time in the team could have been used to raise awareness around the role of minorities, their contribution towards society and the hardships  they face in this country. His role as a cricket icon, in a country that literally breaths cricket, could have paved the way for other talented sportsmen from minority groups. Yet Kaneria’s journey was never highlighted as prominently as that of his Muslim teammates. His accomplishments, at least before his ban, should have been given due credence. Yet, a leg-spinner of his brilliance and class went unnoticed and unappreciated.

Pakistan’s legendary former pacer, Shoaib Akhtar recently shed some light on what it was like for Kaneria to be a Hindu on a Muslim Pakistani team, a picture that was bleak at best. He highlighted how the dressing room was a place of discrimination, with a player (he chose not to name) even complaining about Kaneria eating from the same plate. The Pakistani public reacted as expected and Akhtar faced tremendous backlash for just speaking the truth. The result was Akthar backtracking severely, essentially trying to bury what was a perfect example of blatant racism and discrimination in the local cricketing ranks.

This incident just reinforced what many of us already know, Pakistan is no place for minorities and some of the demons, such as intolerance and discrimination, have gotten so big that even local cricketing superstars are afraid of raising their voices against them.

That remains the sad reality of the country today. We aim to bury incidents of discrimination. We rarely highlight the plight of minorities who manage to tear through the glass ceiling and make a name for themselves. After all, Kaneria would have had to break seemingly insurmountable barriers to get his name thrown in the hat for national selection, especially considering that platforms like the Pakistan Super League (PSL) did not exist at the time. However, we know very little about Kaneria’s journey into the cricketing world because we did not deem it important to highlight the same when he was in his prime.

The leg-spinner currently has no means of earning a livelihood while convicted spot-fixers such as Amir, Asif, Butt and Sharjeel are busy furthering their careers, earning millions through various 20-20 leagues including the PSL, appearing on multiple television channels as esteemed analysts, so on and so forth. Kaneria will forever be Pakistan cricket’s biggest missed opportunity, one that could have been used to galvanise our minorities and present a positive image of Pakistan. His achievements should have been celebrated during his prime and not pushed under the rug when he erred.

He might be responsible for his current fate, but perhaps we as a society are to blame as well. It is not too late to acknowledge his plight, hardships and his services for his country. His match winning performances certainly deserve more than a simple pat on the back and if Muslim cricketers who actively committed spot-fixing can be brought back into the fold, why can’t a former leg spinning legend who did not actively commit the crime, at the very least, be thrown a lifeline as well?

The writer is a member of staff and a political science graduate from LUMS. He tweets @KamilBreakdown (twitter.com/KamilBreakdown)