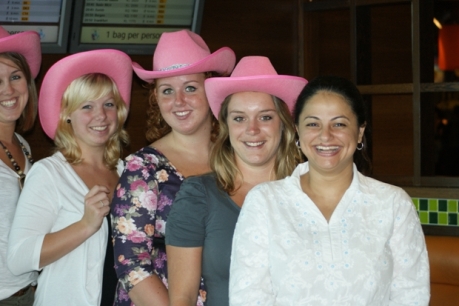 I’m in the land of the midnight sun – Oslo. I’m here for 6 days to attend the ‘Pakistani Mela Music Festival’ and explore the depths of Norwegian-Pakistani relations. With me on this reise (Norwegian for journey) is Mudassir, the talented  producer of Epress 24/7 programme’s The Other Line and Platform.

The journey to the sun

We left Islamabad amidst great excitement. We were to arrive in Oslo at 9pm via Istanbul and Stockholm. The PIA flight was thrilling. The pilot and crew discussed everything from the floods, the ED 202 plane crash (quite unnerving), President Zardari’s visit to the UK to the futility of the war in Afghanistan. For further insight, Mudassir and I were invited to the cockpit as we flew over Afghanistan.

It made me sad to think that the country which was full of hope in 2002 now despises ISAF after Bonn Agreement. I marvel at David Cameron’s comments.He claims “the international troops were ‘protecting a large percentage of the population’ in Afghanistan from terrorism and enabling them to return to a normal life.” Normal for whom I ask Mr. Cameron for him or for Afghans?

A refugee family told me they had stayed in Afghanistan through the Russian invasion, the Mujahideen and the Taliban but they were fleeing ISAF and coalition forces. This war has changed the very essence of Afghan society. I might be Hazara but I support the Taliban’s desire to get rid of this ISAF cancer.

I hope David Cameron and every single coalition partner whose soldiers are dying in Afghanistan has a chance to talk to real Afghans and not half-Gans – a phrase coined to describe the young men and women who left Afghanistan during the 80’s to return as Afghan experts and formulate policy.

The dilemma of a Pakistani traveller

I slept almost all the way to Amsterdam but was woken up 45 minutes before landing by a flight attendant who brought an invitation from the captain to sit in the cockpit to view the landing. Mudassir and I bounded out of our seats and witnessed a perfect landing on a beautiful summer afternoon in the Netherlands.  We walked off the plane with huge grins on our faces. We were greeted by the Dutch TV crew for the programme ‘On Air’ which covers stories from different destinations. The next 35 minutes were spent discussing floods and the Afghanistan situation.

I walked through customs but Mudassir faced the dilemma of being a Pakistani man travelling abroad. Only after analysing a photocopy of my passport and a review of the programme in Norway, did they allow us through. Now that we were feeling like ET, we decided to call home. It was the quickest 10 Euros we’ve ever spent. (I swore never to curse Pakistani telecom companies again!) We found some food and I had to beg Mudassir to stop converting the cost of everything into Pakistani rupees or we would be living on nothing but water for the next week. We rested our tired legs next to a group of young Dutch ladies going on holiday, their happiness and giggles were infectious and we recovered our spirits.

Four hours later at 9pm and we were in Oslo. But one bag short (obviously it had to be the one with the mics and tapes!) We have been promised it will be delivered tomorrow. We dragged our luggage to the train – including cameras, tripods, lights and suitcases. No train took us to Oslo City Centre so we were driven by an Iraqi driver to the hotel.  All I can say is I miss Pakistani porters!

You can donate Rs10 to help flood affectees by texting ‘D’ to 2471. To learn more about how to help visit D for Donate.

A broadcast journalist, Anjum hosts The Other Line on Express 24/7

Indian Yatra: Meeting the other side