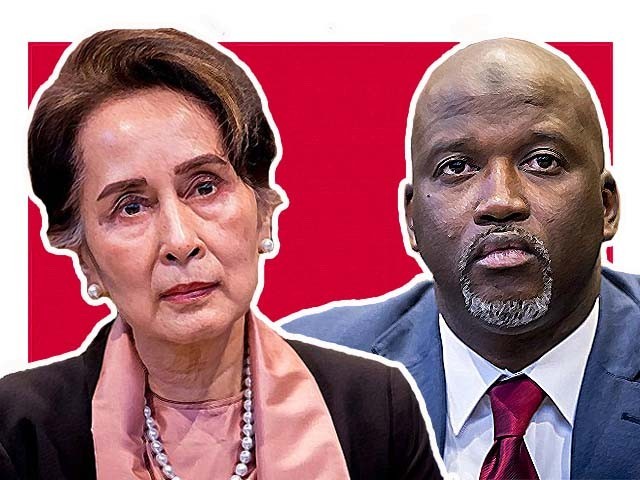 While the horrific treatment of the Rohingya in Myanmar has been repeatedly condemned by many quarters and also resulted in various protests across Pakistan, the simple truth of the matter is that such atrocities can not be addressed by simply staging a march or shouting from the rooftops. Any issue of international concern has to be tackled through the channels and mediums available so as to ensure that long-standing and enforceable measures can be implemented in order to tackle the crisis under question. Hence, while many simply chose to voice their outrage, Gambia chose to take action. The small West African nation decided to approach the International Court of Justice (ICJ), which traditionally resolves disputes between nations, in an attempt to hold representatives from the Myanmar government responsible for the genocide being committed against the Rohingya.

Last week the ICJ ordered Myanmar to take “all measures within its power” to prevent the alleged genocide against Rohingya Muslims. But, for the Rohingya Muslim community in Myanmar, the nightmare continues. On the one hand, the Rohingya are being killed mercilessly in the state of Rakhine in Myanmar, with hundreds of individuals having already fled to Bangladesh. On the other hand, they are being denied access to citizenship upon reaching Bangladesh; with virtually no support or relief being provided from other nations around the world to ensure that Bangladesh is equipped to tackle this mass exodus. Thus far, more than 740,000 people have been forced to flee Myanmar, while 600,000 Rohingya in Myanmar are facing a “serious risk of genocide” according to the United Nations.

The fact that Aung San Suu Kyi chose to appear before the ICJ to defend the actions of the authorities in Myanmar serves as an apt indicator of just how far the star of the once universally celebrated Nobel laureate has fallen. Kyi, Myanmar’s de facto leader, did write that war crimes “may have been committed,” but she was adamant before the ICJ that those actions “cannot be considered as genocide.” Evidently, in light of the ICJ decision, Kyi has failed to defend the atrocities committed against the Rohingya. However, it has been her unflinching desire to stand by the actions of the Myanmar government through all this which has forever tainted her legacy. The fact that the ICJ has ordered Myanmar to take immediate measures to prevent genocide means that the last vestiges of Kyi’s quickly crumbling international image have also vanished.

The Rohingya case was brought before the ICJ by Gambia, with the nation accusing Myanmar of violating the United Nations’ 1948 Convention on Genocide. However, this begs the question: out of the 152 countries which have ratified the Convention on Genocide, why was Gambia the only who chose to file a case against Myanmar? Abubacarr Tambadou, who is the minister of justice in Gambia, led the charge on this matter because he had personally witnessed the conditions in which the Rohingya were living and stated,

“Military and civilians would organise systematic attacks against Rohingya, burn down houses, snatch babies from their mothers’ arms and throw them alive into burning fires, round up and execute men; girls were gang-raped and put through all types of sexual violence.”

The Gambian effort was backed by the Organisation of Islamic Co-operation (OIC), and showcases a rare instance of unity amongst Muslim nations. But more than anything, the determination of Tambadou to bring this issue under the global spotlight and hold Myanmar accountable before the ICJ serves as an important reminder for nations across the world that true change can only come about when one chooses to take action through the proper channels. As Tambadou himself said,

“The case at ICJ is Gambia showing the world you don’t have to have military power or economic power to denounce oppression. Legal obligation and moral responsibility exist for all states, big or small.”

Will the ICJ ruling lead to change?

However, it is important to note here that the ICJ has very limited ability when it comes to ensuring an implementation of its orders. While the court has ordered Myanmar to report back within four months, whether this will result in on the ground change for the Rohingya is uncertain. While the ICJ verdict does set a strong precedent, one must keep in mind that the ruling does not address whether Myanmar is currently guilty of genocide under international law. That would take years to prove. Additionally, how refugees in Bangladesh are being treated is also a concern which will need to be addressed. The Rohingya coming into Bangladesh from Myanmar are living in refugee camps and have no legal status. While the authorities in Bangladesh have stated that Rohingya refugee children will be granted access to education, a lot more needs to be done in order to save what many are calling the “lost generation” of Rohingya. Furthermore, the simple truth of the matter is that this case could not be brought before the International Criminal Court (ICC), which has the jurisdiction to prosecute individuals for genocide, since any alleged crime committed by Myanmar would have been vetoed by China. This presents a further impediment.

Additionally, a similar case in China regarding the Uighurs has not been taken up by the OIC in the same manner. Evidently, this is a result of the global might China wields, as opposed to Myanmar which is a small international player that can be reprimanded. Hence, one wonders if the OIC will ever be able to pluck up the courage to call out the atrocities being committed by the Chinese government against the Uighurs. Therefore, it is also unlikely that the OIC will lambaste China for standing by Myanmar’s side while the Rohingya continue to suffer.

The lack of international media access to Myanmar has further impacted the efforts of the global community to stay abreast with the situation in the region. Hence, there is an imminent need for emergency assistance from governments and human rights organisations to help the Rohingya, both in Myanmar and those who are now refugees in Bangladesh. We simply cannot be satisfied with the ICJ order alone since a lot more needs to be done if we are to save the “lost generation”.