Humsafar: Here’s what the noise is about 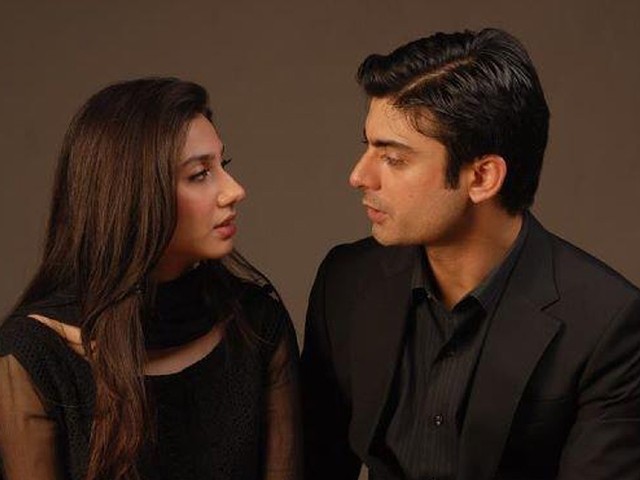 From grandmothers to teenagers, the love-story "Humsafar" has captivated the attention of Pakistanis worldwide. PHOTO: PUBLICITY

The Pakistani TV series “Humsafar” has gathered tremendous popularity since its launch on September 24 this year. At least five pages are dedicated to it on Facebook, with a cumulative number of fans exceeding 100,000. Every status update, video clip, or image shared on these pages gets thousands of likes within hours and they are shared over and over again. Not only this, but “Humsafar” can be seen trending on Twitter very often too. Some enjoyable Tweets I have come across that capture the mass appeal of the show are:

That awkward moment when you meet Asher from “Humsafar” and your mother is even more hyper than you are.

If you want to launch any brand in Pakistan, just make sure it has the word “Humsafar” in it and see how it rockets to the top.

These tweets give one an idea of just how popular the show is and the fans it has gathered in just a few months.

So why is this show such a rage? In my opinion, the choice of actors and the actors’ performance are key to a successful play production. Actors Fawad Afzal Khan and Mahira Khan both hold a soft spot in the hearts of people after their phenomenal performances in the movies Khuda key Liye and Bol respectively. Although expectations were high after being cast in such riveting roles, both Khans have risen to the challenge and have delivered stellar performances.

It is a known phenomenon that people are attracted to those they admire. Be it Atticus Finch in To Kill A Mocking Bird or Shahrukh Khan in Kal Ho Na Ho, people generally like characters with integrity. Fawad Khan sits amongst these ranks in the eyes of the Pakistani population. In addition to being the lead vocalist in the band Entity Paradigm, Khan has delivered successful performances in “Jutt and Bond” and Khuda Kay Liye. But his excellent performance in Pakistan TV series “Humsafar” is another benchmark he should be proud of; he adds life to the character he plays and has drawn massive viewership.

Here is a clip from one of the most note-worthy scenes of this serial, a clip that highlights the work of both Mahira and Fawad:

The Pakistani drama industry has redeemed itself with the airing of “Humsafar” and has been restored to its long lost glory. The story is absolutely gripping. After a long time, people are able to watch a show where emphasis has been placed on the story, delivery and the acting. Such is the elegance and grace of the show, that it gives the older Pakistani generation a taste of what TV serials used to be when they were teenagers. Fortunately, “Humsafar” is also free from the plague of sleazy dialogue, a crude show of skin and a classless plot.

With “Humsafar” comes a love-story which bleeds passion. Imagined a simple, middle- class, small-town girl getting married to a Yale graduate belonging to a very affluent family? This mismatch is the theme of the show and is the reason behind the appeal of the story.

The title song of the show, sung by Quratulain Baloch, too has become hugely popular. It gels perfectly with the plot and is catchy enough to make one sing along. The lyrics are truly reflective of the story:

The credit to the success of the show must also go to the writer Farhat Ishtiaq, director Sarmad Khoosat and producer Momina Duraid.

I am not a big fan of TV series and was not an avid follower of “Humsafar” either. I hadn’t started watching the show myself until seven episodes had been aired. But then I saw it emerging on social media networks and was taken aback by the frenzy of people sharing videos of the scenes and discussing them with gusto. I didn’t want to feel like a fish out of water so I began to watch the show and have been hooked ever since.

So here’s my advice to all the Pakistanis out there: celebrate the achievements of your country! Give “Grey’s Anatomy” and  “Saathiya” a break and watch “Humsafar”, you won’t regret it.

A Marketing and Management student who is perusing her BBA from SZABIST.She is a Rotaractor, IEEEian, Blogger, Youth Activist, KL-YES alumnus and loves tweeting @qtejani