Is unbiased news too much to ask for? 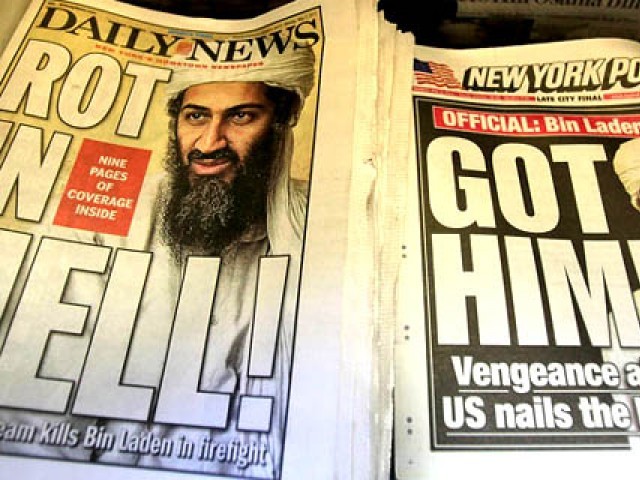 Even though the facts reported might be the same, some of the newspapers might focus mainly on the negative side of events, while others might highlight only the positives, depending on their editorial leaning. PHOTO: AFP/FILE

Objectivity has always been touted as the golden rule of journalism. A good journalist, we are told, is one that can accurately convey all the facts without any sort of editorial bias.

That is a noble notion indeed, but the fact of the matter is that news comes from journalists, and journalists like all human beings, are essentially flawed. They too have strong opinions and viewpoints on matters and events, but it is expected of them to ensure that their personal views do not, in any way, interfere with the impartiality of the news that they are trying to convey.

This, of course, is easier said than done.

On numerous occasions, I have seen journalists and analysts on our television channels talking about political matters without giving full disclosure to the viewers that they are part of or have an affinity with a political organisation. Obviously, that would mean that their opinions are not impartial, and they are on television to further the talking points and agenda of their respective parties; the viewer should thus take their words with a pinch of salt.

Recently we have seen the Pakistan Tehreek-i-Insaf (PTI) complaining about Pakistan Muslim League-Nawaz (PLM-N) plants, quoting false rumours on air that later get repeated as facts by other journalists. Whether true or not, one can see how easy it is for a biased journalist to spread misinformation in the absence of rigid editorial guidelines.

Pakistan has an abundance of newspapers and each one of them has a different take on the same incident. We have state-owned agencies, liberal or left-leaning news sources, and conservative or right-leaning news sources. Even though the facts reported might be the same, some of the newspapers might focus mainly on the negative side of events, while others might highlight only the positives, depending on their editorial leaning. On many occasions rather than including quotations that truly reflect the diverse opinions of the people, an article only contains either people talking for the subject matter, or against it.

Of course, biased journalism is not just a Pakistani problem but one prevalent all over the world, even in countries with far more developed media. Fox News, America’s most watched news channel, with the slogan “fair and balanced”, is often accused of being right-wing, conservative, and pro-Republican. Roger Ailes and Rupert Murdoch have time and again stated that there is bias in the opinion shows only, such as Hannity, but never in their news programs. People like Jon Stewart criticise that besides the fact that people have difficulty differentiating between the news shows and the opinion shows, the news shows seem to mirror the talking points of the opinion shows.

MSNBC, on the other hand,  is accused of being left-leaning and promoting a liberal agenda, which they deny. Taking a look at the top cable news ratings in the US, despite the constant criticism about it being biased, Fox News has the 13th highest rated shows on television, followed by Rachel Maddow in MSNBC. CNN, which strives to maintain a balance, has been struggling with low viewer ship despite having tremendous talent such as Anderson Cooper and Wolf Blitzer.

So is unbiased journalism an antiquated concept without any relevance in today’s world? It is said that people nowadays don’t want the raw facts; they want to hear them in a manner that closely resembles their opinions and viewpoints. Thus conservatives in America will flock to Fox News and Liberals will rely on MSNBC.  Each side will only trust their own news source and claim that the other provides the news in a distorted fashion. The news sources without a slant will struggle to find a market for their product.

Is it time to end the charade of unbiased news and openly allow journalists to voice their opinions?As much as I would like to receive only the most accurate of news, the fact of the matter is that there will always be a degree of bias and thus we should understand that things are never clear cut, no matter how simple they may seem.

Do you agree or disagree?