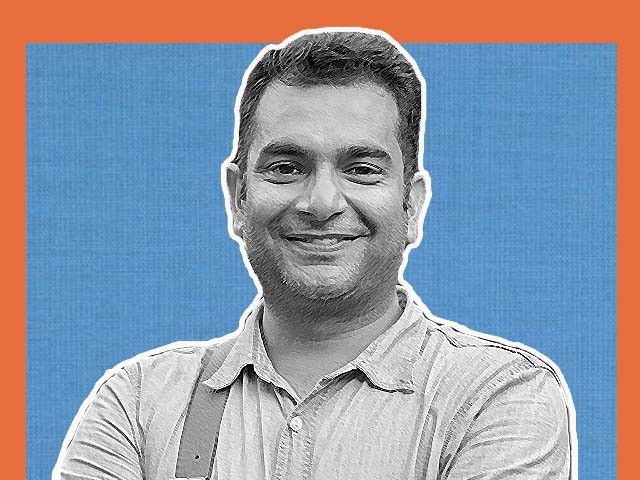 A few years ago, India got embroiled in a senseless controversy over the movie Padmaavat. Before even seeing the movie, some hard-line elements had decided that the movie contained “intimate” scenes between the revered Rajput Queen, Padmavati and Allaudin Khilji, a Muslim ruler hated by the right wing Hindu ideologues. According to them, the movie hurt Rajput “honour” as it supposedly desecrated the revered Rajput queen. The film’s director, Sanjay Leela Bansali, who was also physically harassed at the sets of the film, had to clarify several times, including through a YouTube video, that the film praised the Rajputs and did not contain any such intimate scenes. However, none of his clarifications were actually heard.

What made the situation even more comical was the fact that many historians believe that Padmavati was a fictional character, made up, ironically by a Muslim poet, Malik Muhammad Jiyasi. However, even this did not stop the hardliners from their violent opposition to the movie.

Eventually, the movie was released and, to the surprise of almost everybody, the movie actually overly glorified the Rajputs and painted a very stereotypical portrayal of Allaudin Khilji. In addition, the movie also promoted adherence to patriarchal and regressive customs like Jauhar, the practice of mass self-immolation by Hindu women.

In short, the entire Padmaavat fiasco underlined the dearth of sensibility found within the right wing sections of society that claim to be the flag bearers of religion and archaic nationalism. Even before seeing the film, they had already decided that it was only logical to oppose its release through violence in spite of the fact that ultimately, the film was a wholehearted endorsement of their regressive views.

To a certain extent, what is happening with Zindagi Tamasha is similar. Hardline elements have assumed that the movie is “insulting” religious sensitivities even before it has been released. The backlash against the film was so severe that the government has been forced to defer its release and subsequently,  the Council of Islamic Ideology (CII) has been tasked with reviewing the movie to ensure that it is not attacking religious sentiments and that it portrays an “accurate” picture of Islam. Sarmad Khoosat, arguably modern day Pakistan’s most talented director, has been forced to write open letters to the prime minister and general public, pleading for sanity to prevail and complaining about the threats he is receiving from religious hardliners which understandably might be making him fear for his life.

I have come across many posts on social media that condemned the movie and also saw a video where a somewhat popular YouTuber makes serious allegations against the movie. According to him, the movie, “insults” Islam as it criticises the blasphemy laws and their misuse. In fact, he went to the extent of claiming that the film was part of some sinister “agenda” to encourage blasphemy and make Pakistan a “liberal” state. He also stated that the movie painted an inaccurate picture of madrassas and exaggerated the number of child abuse cases that come out of religious seminaries.

The fact of the matter is, the stance of all such hardliners is based on nothing but pure hearsay and conjecture. Admittedly, even though our censor board does not object to questionable content such as item songs and with it the objectification of women, it is especially vigilant when it comes to religious sensitivities, simply because an oversight could cause countrywide riots. Therefore, if a movie has been cleared by our censor board, which this movie was, then there is little room for additional religious scrutiny.

Moreover, intolerance has become ingrained within our society over the past few decades, particularly on issues like blasphemy where merely an allegation is enough to incite violence and so, no film director in his right mind will ever contemplate even discussing articles 295 B and C,  let alone criticising the laws.

Famed author Mohmmed Hanif, who has actually watched the movie, categorically stated that the movie does not discuss child abuse in religious seminaries even though it is a worrisome problem. In fact, according to him, it was mentioned once throughout the movie by the lead actor and even that dialogue was cut by the censor board. Hanif has also written that the movie does not paint religious scholars in bad light and merely humanises a religious person.

Therefore, it is apparent that the film does not overly indulge in highlighting societal taboos. I wish that the movie had in fact discussed issues like child abuse in madrassas and the misuse of the blasphemy law because, contrary to the belief peddled by hardliners, highlighting such issues does not paint a negative picture about Pakistan in the global arena and instead, it shows the world that we are aware of such problems and are actively trying to address them. Undeniably, one of the most important roles of visual and performing arts is to highlight deeply rooted social problems and for this purpose, artistic freedom of expression is an absolute necessity.

I find it appalling that the government lacked the spine to take up this issue themselves and instead, sent the matter to the CII. The film’s release would have killed the controversy surrounding it and would have left hardliners like the Tehreek-e-Labaik Pakistan (TLP) red faced. In fact, even if the movie discusses the aforementioned societal taboos, the government should still have ensured its release instead of caving in to pressure from extremist elements, which will only serve to embolden them in the future.

Moreover, by sending the film to the CII, the government is giving the impression that there is some facet of the film which could be potentially objectionable. This is setting a dangerous precedent, and in the future the CII may want to involve itself in other issues which are outside of its purview. It should be remembered that the CII does not, by any stretch of the imagination, consist of progressive minded scholars, exemplified by its decision to sanction wife beating in the recent past. As it is, we live in a country where our freedom of expression is severely curtailed and so, ensuring that everything is in line with an overtly orthodox and conservative interpretation of religion will only compound the problem.

As citizens of Pakistan, we should raise our voice not only for this film, but for all progressive visual arts. If this battle is lost, we might as well give up the hope of  a progressive and tolerant society forever.