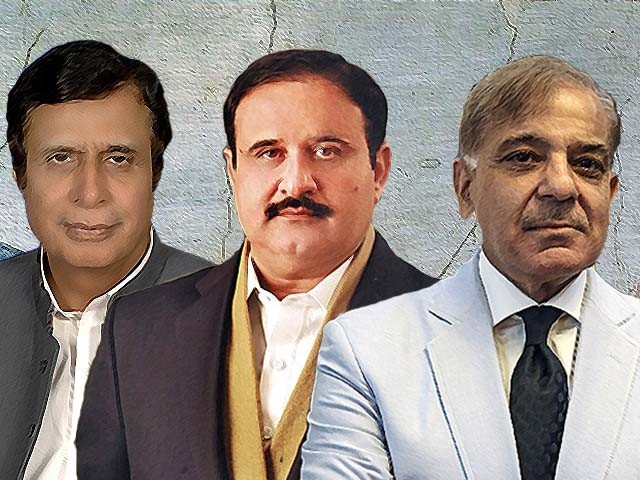 The winds of change have started blowing in the power corridors of Pakistan. We recently saw how the main opposition parties, Pakistan Muslim League-Nawaz (PML-N) and the Pakistan Peoples Party (PPP), compromised on their so-called ideologies when the matter of giving Chief of Army Staff General Qamar Javed Bajwa an extension was presented in the assembly. Evidently, PML-N and PPP have been trying to mend fences with the powers that be, and it seems that under Shehbaz Sharif, PML-N is ready to present itself as the new ‘King’s party’. Given the economic turmoil burdening the incumbent government, and the fact that Pakistan Tehreek-e-Insaf (PTI) does not enjoy the same popularity it once did, one could argue that perhaps an in-house change is on the cards.

Punjab remains the main battlefield and the opposition is able to sniff blood here due to the poor form Chief Minister of Punjab Usman Buzdar has been in. In fact, Buzdar’s performance in Punjab has been so underwhelming that it forced his own party member, Fawad Chaudhry, to lash out at the Buzdar-led government in Punjab for a “below-par performance”. As a result, it seems that Chaudhry Pervaiz Elahi, Chaudhry Shujaat Hussain and PML-N are hoping to oust Buzdar. Moreover, workers within PML-N have stated that the party is already in talks with the establishment to reach a mutually beneficial deal which will be put into play once Shehbaz returns from London. Hence, this may well leave the ground open for Elahi in Punjab as Shehbaz eyes the premiership. But will this amount to anything more than mere conjecture?

Hypothetically, if PTI somehow loses its provincial government in Punjab, as PML-N is hoping it will, the party will also soon lose the government at the centre since turncoat politicians will immediately switch their loyalties in order to remain in power. However, this scenario seems unlikely since Imran Khan, despite a lack of political acumen, is in the company of seasoned political players like Jahangir Tareen and Shah Mahmood Qureshi. Hence, whether PML-N and the Chaudry’s will be able to bring about an in-house change in Punjab and at the centre remains to be seen, but all this begs the question: what good will it do the common man if Imran is replaced by his opponents who are just as compromised as him and his party?

But, for argument’s sake, let’s wrestle with the possibility of an in-house change in the Punjab assembly. PTI has 181 members in the Punjab provincial assembly and is supported by the 10 members from the Pakistan Muslim League-Quaid (PML-Q), making the total tally of the PTI coalition government in the assembly 191. In a house comprising of 371 seats, only a simple majority of 186 members is required. If PML-Q withdraws its support, then PTI loses the simple majority. PML-N has 165 members in the assembly while the PPP has seven members.

Hence, even if PMLQ, PPP, and PML-N make an alliance, they still cannot attain a simple majority since their combined number is 182. But, reports say that a forward bloc consisting of 20 members from south and central Punjab has emerged within PTI (which PTI has denied); if this supposed bloc decides to align with PML-Q or PML-N, it will be game over for PTI in Punjab. Similarly, one could extend the same logic to the National Assembly. Evidently, this is an unlikely scenario, and unless the invisible forces back PML-N, PPP and PML-Q, it will remain impossible for these parties to oust the PTI government in Punjab or at the centre. However, given the history of our controlled democracy, anything can be expected.

But this is not a tangible solution since a government consisting of all the political players except for PTI can never bring about any kind of political stability in the country. In fact, the failure of project ‘Naya Pakistan’ is a lesson for the powers that be, and for the Pakistani politicians, that a manufactured political discourse can never solve the problems of the country, nor can it bring about economic or political stability. One hopes that Imran has learned his lesson and instead of wasting his energies on accusing his opponents of corruption, he will instead focus on finding a solution to the existing political and economic problems. The truth is that if despite the full support of the powers that be PTI was still unable to deliver, it is unlikely that PML-N or any other party can steer the country out of the current turmoil by means of an engineered political discourse. The country does not have the time or the resources to bear the brunt of another experiment in the form of Shehbaz at the centre and Elahi in Punjab. Unless the major political parties like PML-N, PPP and PTI do not stop conspiring against each other in an attempt to attain power, this vicious cycle will continue to plague the nation.

This lust for power from all the major political parties, whether it is to stay in power or to attain power at any cost, is only making life difficult for the masses. Someone from the major parties needs to rise above this pettiness and end the illogical game of changing faces. Any in-house change, regardless of whether it occurs or not, is irrelevant unless the political players involved decide to focus their attention on the issues facing the masses rather than on staying relevant in the power corridors by hook or by crook.