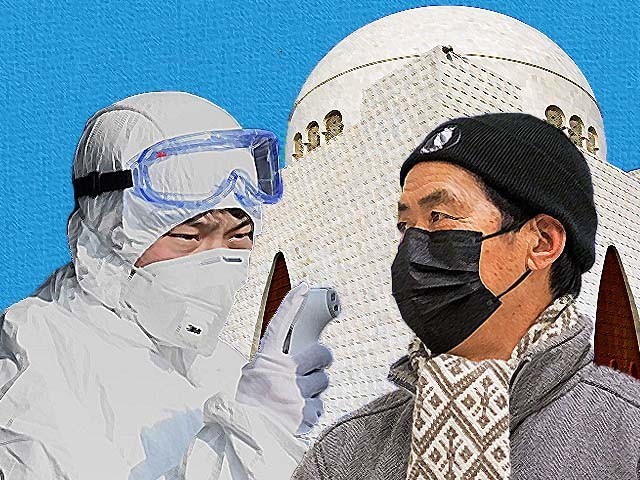 As the coronavirus forces the authorities in China to place 12 cities under lock-down, including the reported epicentre of the virus – Wuhan, just how wide-ranging the ramifications of this virus can be are slowly coming to light. While China attempts to grapple with this worsening health epidemic, it is quickly becoming evident that this is not simply a problem which will remain confined within the borders of China. Thus far, more than 800 cases of the coronavirus have surfaced in China and 26 individuals have already lost their lives due to it. But fears of the virus spreading have only been exacerbated due to the increased travel across the country due to the upcoming Lunar New Year holidays. As a result, the Chinese government has officially issued travel restrictions and suspended public transportation in some cities till further notice. But, given that we live in an increasingly globalised and connected world, it was only a matter of time before cases of the coronavirus began to crop up in different parts of the world. Thus far, the deadly virus has been detected in Singapore, South Korea, Thailand and Japan. According to the World Health Organisation (WHO), global guidelines on advanced clinical protocols are being issued and emergency measures put in place by the Chinese government.

With the public transportation shutdown in the city of Wuhan, hospitals are under extreme pressure, with many health workers having been infected by the virus. Furthermore, a ban on mass gatherings has been put into immediate effect to limit the scope of the infection. The virus is currently in its infancy stage and more will be known about its origins as scientists actively continue their research. The leadership in China has clarified that they will continue to ensure transparency on all information and updates regarding the virus and the outcome of the emergency committee formed under the WHO guidelines, with measures already in place to cut down further global escalation. The primary objective of health experts across China and other affected countries is to guarantee that the global community ensures a collective effort to find a tangible cure to this virus as soon as possible.

Given the rapid speed at which the coronavirus has spread, authorities in Pakistan have also had to spring into action. The simple truth of the matter is that given Pakistan’s close geographical proximity with China, and the ease of regular travel between the two nations, it is entirely plausible that the virus finds its way into Pakistan too. Over 40 flights from China land in Pakistan every week at the airports in Islamabad, Lahore and Karachi. This could result in a transmission of the disease. For instance, the coronavirus had infected a man in Japan who was a resident of Wuhan and had recently travelled to Japan.

Similarly, the case of coronavirus reported in South Korea was also traced back to China, while the woman diagnosed with the coronavirus in Thailand had travelled to Thailand from China only a few days ago. Thus, it is important to understand its origins and to track the extent of the infection and possible future flow of the virus. Many airports have issued health risk warnings to neighbouring countries. Travel advisories have been disseminated to ensure that global travelers are not impacted any further. Passenger assessments and screening guidelines on outgoing flights from China are underway as of now. The diagnostics, rapidly developed to detect this virus, have helped to ensure that maximum people are identified and screened to reduce further spread of the virus.

In an attempt to combat this ease of transmission, where a single passenger could result in the transference of the deadly virus, the National Disaster Management Authority (NDMA) of Pakistan has issued a statement saying that the “NDMA, in collaboration with the Army Medical Corps, Ministry of Health, and relevant stakeholders, initiated precautionary measures to keep Pakistan safe from the threat.” While the specifics of these measures are still unclear, airports across Pakistan have started screening passengers for the virus, while the Pakistan International Airlines (PIA) will also screen individuals at the Beijing airport.

Special Assistant to the Prime Minister on Health, Zafar Mirza, has stated that the ministry of health is in conversation with the WHO and China in order to ensure that all authorities are on the same page. Quarantine rooms, thermal scanners and health counters have also already been allocated at airports in Pakistan. The response on part of the authorities in Pakistan makes it rather evident that this is not matter which can afford to be taken lightly since the arrival of the coronavirus in Pakistan could result in a massive health epidemic in a country which is already burdened by a variety of health related issues. Such a virus outbreak in Pakistan would be catastrophic. Furthermore, it also the responsibility of the state to ensure that any Pakistani citizens and students who might be in Wuhan are accounted for. Given the plethora of health epidemics Pakistan is already plagued by, the possibility that Pakistan could fall prey to the coronavirus simply cannot be ignored by the authorities.