Time does not make science obsolete, rote learning does 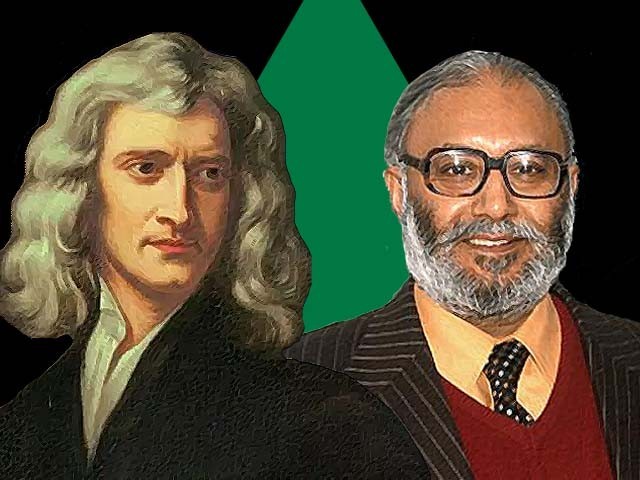 “How shameful is it that the world has reached the moon and we’re still teaching the same 300-year-old physics to our children in schools!”

The gentleman on the phone – a learned and well-known educationist of Pakistan – was hoping that I would agree with his standpoint. He believed that we are teaching obsolete science to our children. But my answer, surely, disappointed him as he ran long arguments in favour of what he was already convinced about.

My counter-arguments – though equally long and simple – weren’t satisfactory for him either.

The 300-year-old physics of Sir Isaac Newton – better known as Newtonian or Classical Physics – is, of course, very old, but is certainly not obsolete. Every student who has undertaken a Masters (MSc) in Physics knows these concepts very well. Newtonian physics remains with a student from high school till their higher education is completed be it a master’s degree or in some cases, even beyond. Over a period of six years or so, its details, complexity of equations and depth of ideas do increase, but the basics remain the same.

The case of engineering students, especially the students of mechanical engineering, is no different. To make moving machines – large and small ones – they have to learn the laws and principles of the same “300-year-old” classical mechanics with the finest details and apply them to make something that actually works. From the engineering perspective, its theoretical and practical form may seem different, but the source stays the same: 300-year-old science!

From the didactic outlook, it’s relevant to add that in schools, colleges and universities around the globe – in the developing as well as developed countries – every standard curriculum of science must, even today, include Newton’s classical ideas, once again proving that Newtonian physics is old but not obsolete.

Historically, we seldom find instances where a new scientific theory uprooted the older one to lay the foundations of a different – completely new – theory of science. History of science, in general, resembles a building that is under construction eternally. With the passage of time, its height increases – floor by floor – but, at the same time, efforts to make its foundations firmer and deeper are enacted.

This stands true for the modern science as well. From the very base to the highest floor, almost every civilisation of the world has contributed – from antiquity to the present – to build and strengthen the skyscraper of science that we see today. Like other human values, science is also a shared heritage of all the human beings – including all the cultures and civilisations from past, present and, expectedly, from the future as well.

Day-by-day, advances in modern science, new inventions, innovations and discoveries have dazzled us so much that a common person usually cannot see beyond the noticeable features and real-life benefits of a device – a smart phone, for example. That is to say, she or he knows how a gadget looks like and what it does, but hardly ever understands the laws or principles of science behind it, and how they make it work.

One shouldn’t forget that modern science is largely based on classical theories – with quantum physics and a couple of other ideas as exceptions. Therefore, to comprehend and implement the modern theories of science, one must, initially, learn their very foundations laid centuries ago. Then, as we progress within the same discipline, we explore it further by looking at details and advancements made in the recent past.

This approach is similar to the way we become skilled at a language. First we read its primer, like “a for apple, b for bat,” and then, gradually, we find ourselves able to understand, enjoy and appreciate Shakespearean literature. With this analogy in mind, is it possible for us to comprehend modern physics without studying its classical counterpart? I think readers are learned enough to answer this question by themselves.

Admittedly, being a naive person, I’d like to express an opinion. Even today, in our education system, memorisation or the rote technique, commonly referred to in the local lingo as rattafication, sadly remains the most important secret of success. Teaching any subject – be it science or history – we focus primarily on the examination paper, rather than understanding the subject matter itself. To obtain excellent marks that translate into good grades, we pay attention to ‘paper patterns’: the manner in which the examination paper is set. Comprehension, even in case of science, finds no place in our educational priority list as it could spoil the final result by preventing the student from receiving a decent grade, hampering his or her chances of getting admitted to a good college or university, which in turn will deprive the individual of attaining a respectable job. Therefore, it seems only rational to memorise science – like any other subject – and pass the exam with flying colours.

Keeping aside other aspects of our education system for now, I shall reiterate that science in our curricula is the same which is being taught around the globe – developed countries included. Therefore, our primary problem is not the curriculum itself, but the way it is being taught and the manner in which we evaluate the competence of our students through rudimentary examinations.

In short, the science we’re teaching our younger generation is old, but is by no means, obsolete. All we need is to improve our teaching and examination methodologies, so that we may truly accelerate our progress.

Even if you disagree with me, it is imperative that you do ponder over it with great seriousness.

The writer is a senior science journalist, broadcaster and science editor from Pakistan. He has served as the editor for monthly Science Magazine, monthly Science Digest and monthly Global Science and has also worked for Science & Development Network (scidev.net) He is the first science journalist to represent Pakistan at World Conference of Science Journalists (WCSJ) – as a participant in 2007 (Melbourne, Australia) and as a speaker in 2011 (Doha, Qatar). He did M Sc Physics from University of Karachi in 1995.