‘No Baba, not her 18th birthday party, her wedding’ 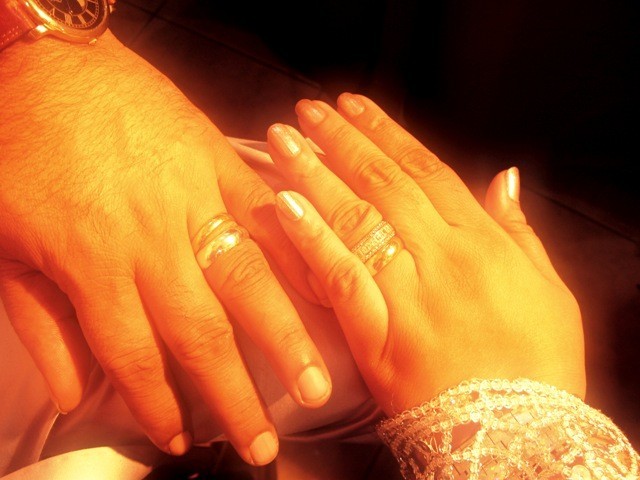 Who gets married at 18? Apparently, a sizable chunk - it isn't uncommon or shocking.

“Baba, I need to go to Mehek’s* mehndi tonight.”

“Mehek in your class is getting married?”

Yes, Mehek in my class is getting married. And I am cordially invited.

And this phenomenon is not unique to my school. A friend from another school calls complaining:

“God I feel so unwanted, every second girl here seems to be hitched!”

This is not uncommon, this is not shocking. This not something picked up from the newspaper whose dramatic headline reads: “Girl forced into arranged marriage”. This is not an Indian film, in which the heroine will magically be saved by her lover. That’s because the heroine in these cases is exactly like you and me in every way – from the clothes to the grades to the taste in music to the silly jokes.

I’m not saying this in a derogatory sense, I’m merely pointing out a reality. I know that several college essays have been written about the looming prospect of marriage at a young age. In a sense, it is frightening – frightening when you’re 15-year-old and you hear for the first time, “Did you hear? She’s engaged!” And you think, wait, are you sure you don’t mean her older brother?

Naivety has a lot to do with it too. In class V we were given a lecture about how little girls our age were forced into marriage, both in our country and others, and how this negatively impacts a woman’s education. Why were we given Pakistan Studies questions that read: “Discuss how the age of marriage affects the average number of children per woman?” We would analyse the charts and respond: “A difference in eight years drops the average number from 5.6 to 2.3…” and so on. We were taught this, by our own government-approved textbooks that marriage either happened to “old” people or “very young” people and at least that had to be stopped.

Of course, all of that is thrown out the window by the time you turn 18. You realise that marriage is not an easily compartmentable box, but an ever-running theme in your life no matter who you are, or where you come from. You learn people can quickly pass sweeping stereotyping statements “She’s married? That’s because she’s from [insert community name here].”

A friend’s mother nostalgically narrates how once, upon calling her best friend to help her with her biology exam, her friend replied: “Sorry I’m trying to cook biryani for my in-laws.” A boy retells the story of how his 15-year-old cousin’s wedding was “such a blast”. Another finds no issue with the fact that his bhabi (sister-in-law) is exactly his age. “But you know, if I ever have a daughter, I’ll let her do whatever she wants,” he says, half joking. But it’s striking enough for you to have to remember that he’s only 18, and still has to pass history class.

And then for some, a wedding is just that. “OHEMGEEE, her dress was SO GORGEOUS!!!” a perfectly acceptable text message to receive. The mehndi was a huge success, lots of smiles, pictures and dancing. And at the end of the day, does it really matter what anyone thinks except for the parties involved? Mehek (not her real name) changed her relationship status on Facebook from engaged to married. Cue: 50 likes and lots of congratulations and Mash’Allahs. The status directly below that was about someone’s college acceptance. Milestones in life, each in their own way.