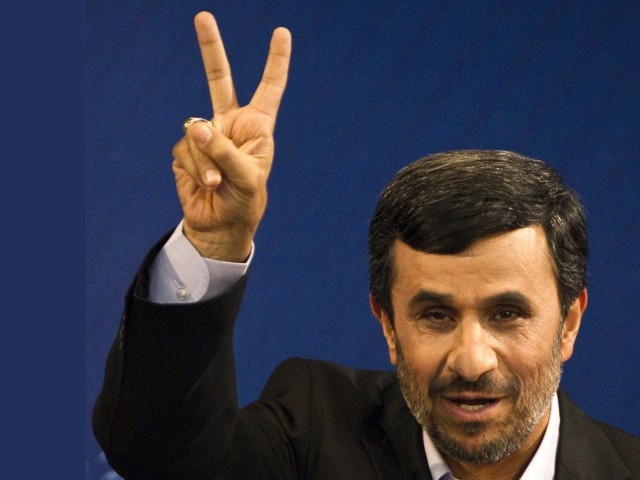 Since the International Atomic Energy Agency issued its latest findings on Iran’s nuclear program and activities, policy-makers in the West and the United States in particular are weighing their options on how to respond to Iran’s continued defiance of its Non-Proliferation Treaty obligations.

The Islamic Republic’s nuclear program has possible military dimensions and its stated “peacefulness” lacks credibility. Alarm bells in Israel have been ringing for a long time and a pre-emptive strike on Iran’s nuclear sites seems imminent. Not much is being discussed in Pakistan about the implications of a nuclear Iran, precisely due to Pakistan being consumed by its own problems with the on-going political turmoil and its relations with the United States.

This is an alarming development not only for the geopolitical balance in the Middle East, but also for South Asia. A nuclear Iran is not in Pakistan’s interests. Considering that Iran’s regional interests do not align with those of Pakistan, a nuclear Iran has serious implications of greater belligerent behaviour, regional hegemony and bullying. Even though Pakistan is a nuclear state and any nuclear aggression towards us will be deterred, it would immensely reduce our leverage in relations with Iran—if any.

Being the only Muslim nuclear country, a nuclear Pakistan still has some symbolic value in the eyes of the Muslim world. Even though we are economically weak and, at the behest of foreign financial institutions and governments, our national defence posture will take a deep slide with a nuclear armed state on our western border.

The interests of Pakistan and Iran clash in Afghanistan, and Iran’s relations with our key ally in the Middle East, Saudi Arabia, remain rocky. In the event of a military confrontation between Iran and the West, Pakistan and an unstable Iraq would be the most effected countries due to the spill-over from a potential war. At this time and most likely in the near future, at least Pakistan cannot further bear the burden of a refugee influx. In addition, India’s improving relations with Iran is also mind-boggling for our India-centric attitude and policy. Not that I am justifying this historic posture of ours, this attitude is still wide-spread in the security establishment. We must take that into account.

An ideologically inclined state, Iran’s sectarian outlook and ambitions of regional hegemony will create further divides in the Muslim world and the Middle East in particular. One should also not forget that Iran has played a role in inciting sectarian violence in Pakistan, supporting various Shia factions against their Sunni counterparts. Attaining nuclear status would strengthen Iran’s position and possibly its belligerence in fuelling the sectarian strife.

Iran’s offensive, nonsensical and aggravating statements and position only furthers the prospect of more wars in this region. Just recently, Saudi Arabia Prince Turki al-Faisal, who was the former chief of Saudi Intelligence, expressed the Kingdom’s desire to develop nuclear weapons to counter a future Iranian threat. “It is our duty toward our nation and people to consider all options” he was quoted as saying.

This is a serious development that could spark a potential arms race in the Middle East. We could engage in an intellectual debate about the rationality of these state actors and their willingness to use nuclear weapons—if they attain the capability—but the thought of them going nuclear sends a chill through the rational mind. Many in the West also fear that a nuclear Iran will become bolder in the use of its proxies, namely Hamas and Hezbollah.

It is imperative that Pakistan convene a meeting of the Organization of Islamic Conference (OIC) to pressure Iran into abandoning its continued defiance of its international obligations – the NPT and the United Nations Security Council Resolutions. Pakistan, along with its allies in the Middle East, should pressure Iran to come to the negotiation table and respect its UN obligations. To avoid a potential arms race in the Middle East and a dooms-day scenario where there may be a nuclear exchange – either by states or through non-state actors – Pakistan should jump on the bandwagon into pressurizing Iran.

Pakistan could not care less about addressing the fears of the West. I suggest this because this is in Pakistan’s vital national security interests and everything should be done to avoid being sandwiched between two nuclear states. We also need to look out for our regional interests in the Middle East. A nuclearised region could have devastating human and economic implications for the region and the world. Pakistan cannot afford either in its current state of weakness.