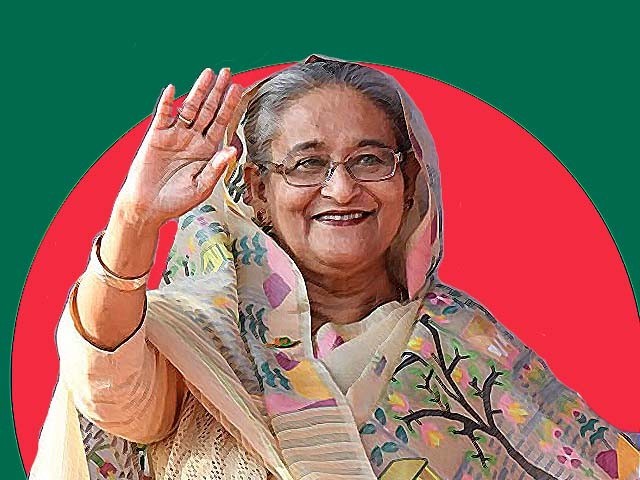 Henry Kissinger, the secretary of state during the Richard Nixon and Gerald Ford administrations, ominously dubbed Bangladesh a basket case, and the moniker stuck, causing disappointment and dismay among Bangladeshis. In the 1970s, the derogatory appellation painted a dire picture of a country struggling with negative growth rates, dismal export potentials, empty coffers, and, to top it all off, the burden of meeting the needs of a traumatised population. The future of Bangladesh, at the time, looked very bleak indeed.

Five decades later, Bangladesh has come out roaring. It has become one of the leading Asian economies and has, for over a decade, grown at a good clip. In fact, since 2011, Bangladesh’s Gross Domestic Product (GDP) growth rate has been consistently over 6 %. In its latest report, the Asian Development Bank paints a promising picture of Bangladesh and puts it on a sure footing for achieving a growth rate of 8% in 2020, the highest in the region.

Due to the constant economic upheaval, the Bangladeshi economy will cast off the status of a least developed economy in less than five years and will join the list of developing economies. Bangladesh’s story of economic success is strewn with lessons on how to exploit resource endowments, not only to achieve economic growth, but also inculcate human development. That is why Bangladesh is higher on the human development index (HDI) than Pakistan.

It is somewhat ironic that it was Mahbubul Haq, a Pakistani economist, that developed the HDI along with Amartya Sen to assess the quality of life and standard of living of people within a country. Sen, a Nobel Laureate, called Haq an “outstanding economist and a visionary social thinker.” Haq believed that the policy outcomes that mattered the most were what a government did for its people so that they could lead a healthy and prosperous life. Taking a people-centric approach to judge the success of governmental policies, the HDI draws attention to three dimensions of people’s lives: education, health, and income.

During the last two decades, Bangladesh has made great strides with regards to improving the lives of its people. To get a sense of where it stands today, we will compare Bangladesh with Pakistan on some of the key indicators of HDI, knowing full well that such a comparison can generate controversy due to the long standing friction between the two countries.

When we look at the ranking of the two countries on the human development scale, Bangladesh is ahead on the 135th position as opposed to Pakistan’s 152nd. The average life expectancy in Bangladesh is also higher at 72.3 years in comparison to Pakistan’s 67.1 years whereas the mortality rate is also significantly lower in Bangladesh at 26.9 versus 61.2 in Pakistan. A child born in Bangladesh can expect to be in school longer than a child born in Pakistan at an average of 11.2 years versus 8.5 years while the mean years of schooling for females in Bangladesh is 5.3 years compared to 3.8 years in Pakistan. What is perhaps most surprising is that, according to the World Bank, Bangladesh now has a higher per capita Gross National Income than Pakistan, $1,750 versus $1,590 to be precise. Overall, Bangladeshis now enjoy a higher standard of living than their Pakistani counterparts.

Among the different developmental policies that Bangladesh implemented to improve the standard of living for its people, the two that stand out are the economic empowerment of women and the focus on infrastructural development. Comparatively, while both Pakistan and Bangladesh essentially exported their unemployment problems by sending people to work in the restrictive environment of the Middle East, Bangladesh also looked for ways to create employment opportunities internally for its labour force. It slowly and steadily expanded the textile sector to create employment opportunities, especially for women, who now form the backbone of the industry.

As a result, female labour now accounts for more than 90% of the workforce in the textile sector which currently employs over four million people. These jobs have not only improved the lives of families, but have also given women discretionary purchasing power and access to financial instruments.

Bangladesh has become a textile powerhouse, exporting apparel products and producing for retailers such as Zara, Gap, Uniqlo, Hugo Boss, H&M and other multinationals. A once fledgling industry has now been transformed into a $30 billion business which has established Bangladesh as the second largest exporter of garments and apparel products in the world after China. The experience and the network of relationships that its executives have developed along with the business prowess they have gained will be instrumental in moving Bangladesh towards the next phase of development which is the production and marketing of high value-added products.

Unfortunately, in the case of Pakistan, the data on human development looks bleak. Its story is one of lost opportunities. Once a beacon of development and modernity in South Asia, Pakistan’s economy has stagnated due to rampant corruption and mismanagement. Successive governments have failed to construct a growth-conducive economic model whereas a feudal mentality has curtailed the entrepreneurial spirit that propelled growth during the early years of Pakistan’s existence in the financial, educational, healthcare, aviation, and transportation sectors. Therefore, sooner rather than later, Pakistan will need to create conducive conditions in order achieve what Mahbub ul Haq valued – a good life for the general populace.