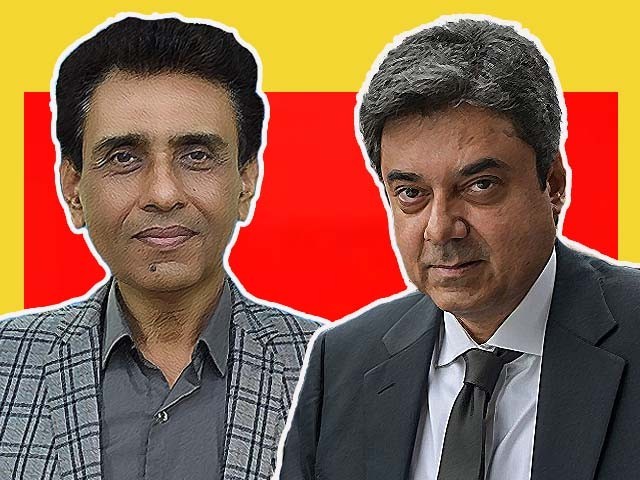 The Muttahida Qaumi Movement-Pakistan (MQM-P) has played a very indecisive role in the country’s political scenario during the recent years. Their endless charade of intermittently joining and leaving their coalition partners continues to this day. Recently, MQM-P Convener Khalid Maqbool Siddiqi resigned from his cabinet position, stating that the ruling party, Pakistan Tehreek-e-Insaaf (PTI) had failed to fulfil its promises. While Siddiqi cited PTI’s lack of interest in the development of Karachi as the primary reason for his resignation, he did not ask his party colleague and incumbent law minister, Barrister Farogh Naseem to resign with him. In fact, Siddiqi, in a presser, said that he never wanted Naseem to quit because he believed that the government required a competent law minister.

While it is true that the PTI government is not entirely dependent on MQM-P votes in the National Assembly to safeguard itself against a possible no-confidence motion, it does need MQM-P’s support to keep its majority intact in the Senate. That is why Asad Umar was sent by PTI to address Siddiqi’s grievances, but despite the former’s best attempts, the latter refused to withdraw his resignation. However, the former IT minister promised that MQM-P would continue to support PTI in the parliament with a view to strengthen democracy. Siddiqi’s resignation comes at a time when it appears that the winds of change have gently started wafting through the corridors of power, with PTI’s other coalition partners also expressing disdain at the ruling party’s policies. It is also unsurprising that the MQM-P’s move to leave the cabinet comes immediately after Chairman of the Pakistan Peoples Party, Bilawal Bhutto Zardari offered ministries in Sindh’s provincial government to them.

Regardless, it is ironic that MQM-P did not participate in the Karachi Bahali Committee meeting even though it portrays itself as the champion of the rights of the people of Karachi and left the cabinet on the pretext of a dearth in the city’s development. This signifies that the urban Sindh-based party has no actual interest in the city’s development and is merely playing a political game. It is plain for all to see that the mayor of Karachi, who belongs to MQM-P, has failed miserably to address the issues of the city. The city’s drainage system is practically non existent and was thoroughly exposed by the torrential rains that took place in the monsoon season last year. Water scarcity, sanitation, crime and cleanliness are potent problems that Karachiities face, in fact it is that MQM-P’s performance in Karachi has been trashy at best. It seems that the mayor’s primary job is to constantly to ask for more development funds and then lament at the sad state of affairs.

The question then remains; why has MQM-P failed to address the issues faced by the world’s 6th largest city even though it has been in power, in one capacity or another, for the better part of the last four decades? It is important to remember that the party rose to popularity in the 1980s due to its style of people-friendly policies, public outreach programmes and its ability to deliver to the common masses. However, slowly but surely, it became a seat-driven party primarily interested in power politics and lost touch with its voter base. Its founder essentially abandoned the masses by adopting a treasonous stance, forcing the party to distance themselves from him which in turn fragmented the party even more. That is why, in the recent elections, MQM-P was essentially fighting for its survival with the PTI taking the lion’s share of the National Assembly seats in Karachi.

However, it appears that MQM-P has not learnt from its mistakes and within the party, there are different factions working to topple each other. Chances are that in the coming years, MQM-P’s political efficacy will be similar to that of Mustafa Kamal’s Pak Sarzameen Party. This is because their political prowess will continue to be watered down by other parties ,especially the PTI, which is trying to cash in on the absence of a united MQM and is engaged in optics through the creation of development committees in Karachi.

Additionally, by the next elections, it is foreseeable that both the Pakistan Muslim League-Nawaz (PML-N) and PPP will not have a rift with the powers that be, which means that they can certainly win a few seats in Karachi and may dent the MQM-P power quotient even further. As a result, a party which is already submerged in an existential crisis can ill afford to get caught up in power games and forget the concerns of its voters.

For now, MQM-P continues to play a dangerous game by trying to keep a foothold in two boats. It is trying to play to the opposition’s gallery while also giving tacit support to the ruling party by allowing Naseem to continue with his ministerial portfolio. This is the same hypocritical style of politics that has damaged the credibility of MQM in the past and they are repeating the same mistake again. Therefore, in order to ensure its survival, MQM-P must acquaint itself with the art of opposition politics and stop delving into dirty power politics so that it can once again engage with its voters in order to address their problems.