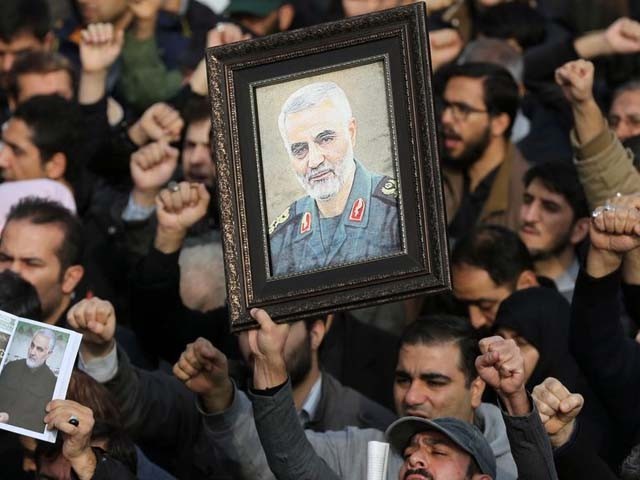 People gather to stage a protest against the killing of Qasem Soleimani by a US air strike. PHOTO: GETTY

Though the skies were clear and the sun was shining brightly, the heaviness in the air was evident when I departed Imam Khomeini International Airport on the morning of January 5th. I was told it had snowed the previous day and hence the air was chillier than what the weather forecast had predicted last week. We crossed a bridge decked with the national flag of Iran fluttering in the wind, surrounded by black banners on either side. The latter signalled the tragedy which had befallen the country recently. As we neared the city centre and the traffic grew, I could see antiquated motor bikes and old vehicles, all bearing the countenance of a man with slightly hooded eyes under thick brows. My line of work had made his look of intense self-containment only too familiar. This was the face of the fallen ‘shadow commander’, Qasem Soleimani, who had been killed by an American drone strike on January 3rd.

The next day after my arrival, a state funeral was held in Tehran, as a result of which the whole city was closed down. Since Tajrish Bazaar was not open, I walked to the Imamzadeh Saleh shrine next to it. Posters bearing Soleimani’s face could be seen occupying every corner in the shrine. I noticed a lot of people going up to a set of gravestones situated at the entrance of the shrine, and I was told that these were the soldiers who had fought alongside Soleimani in the battle against Daesh (ISIS). This was a way for the people of Iran to pay their respects to Soleimani. 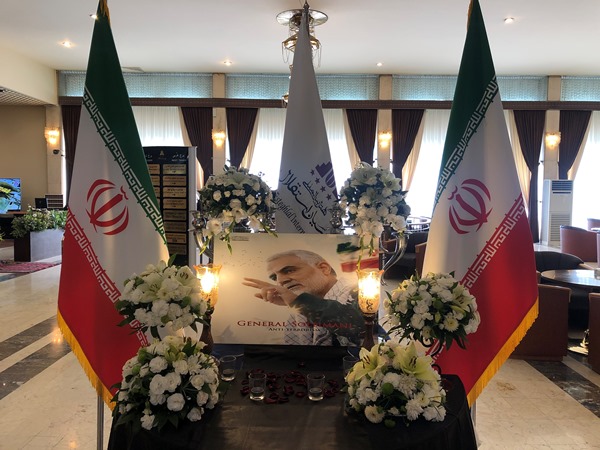 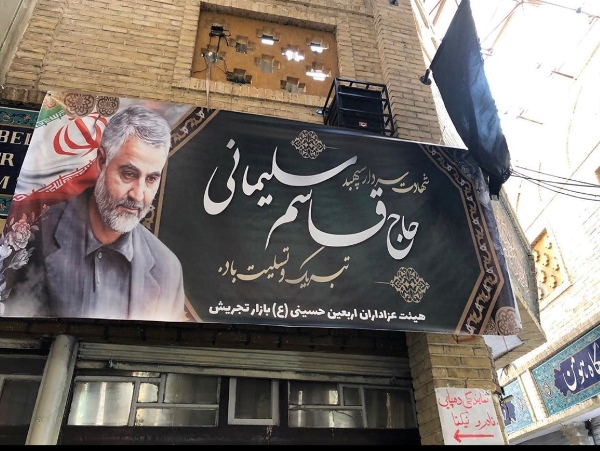 Soleimani’s reputation ranged from being a saviour to a butcher, and from a master manipulator to an irreplaceable mentor. While some thought of him as a symbol of oppression, others saw him as a force for freedom. But whatever controversies may have surrounded him, there was no doubt that Iran was collectively mourning the death of this man. The various billboards bearing his face, either alone or alongside a picture of Ayatollah Khomeni, was a testament to this. Everyone in their own way tried to pay homage to him. While some made do with placing framed pictures of him in their windows or on shop tables, some even went so far as to rename buildings after him.

Every Iranian I met was still in shock, especially since the attack had been unforeseeable. What was evident from every conversation I had with the locals was a sense of grief coupled with anger – an underlying resentment laced with the feeling of revenge. During my exchange with various delegates, I was surprised to learn that funeral prayers for Soleimani had been held in many countries across the globe. 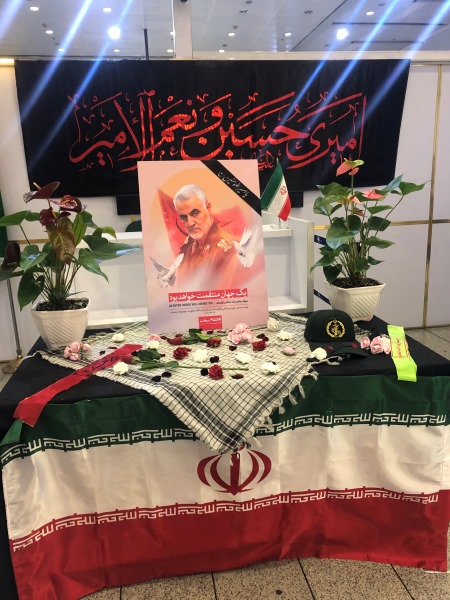 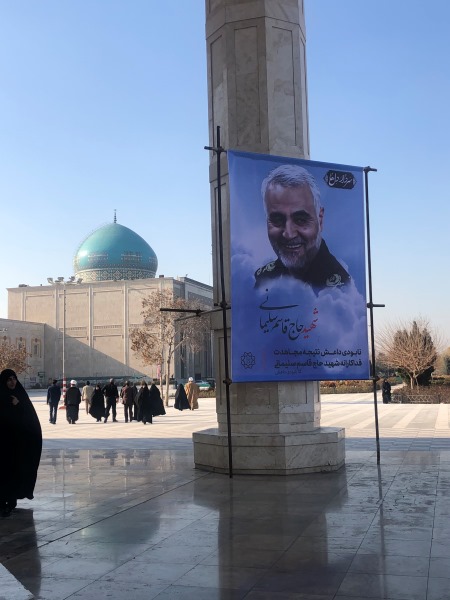 On my way back to Pakistan on January 8th, I stopped by Ayatollah Khomeni’s shrine. Here too was a big placard with Soleimani’s face beaming at the entrants to the mausoleum. I chanced across a woman from Afghanistan who could speak broken English and I asked her about her views regarding Soleimani. With what I can only call a ferocious gleam in her eyes, she told me that she would name her first grandchild after Soleimani, who according to her was a “man of peace”.

In light of the recent events which have unfolded in the Middle East, and the accidental downing of a plane, it is increasingly evident that the world needs to pause and reflect. The bottom line is that there is no scorecard for pain. In any conflict situation each nation and every citizen has a choice. The choice to further ferment dissent or the choice to quell anger and be a force for reconciliation, no matter how impossible it may seem.

At the airport, next to the exit gates which would take me to my plane, a final poster projecting Soleimnai’s face bid me adieu. I did not know the man, I only knew of him. But I knew, with a sense of trepidation, that this man would perhaps be louder in death than he was when he was alive. My visit to Tehran following Soleimani’s killing made me realise that the ripples from his demise will be felt for years to come, especially in the region which has already seen so much carnage.

(All photos courtesy of the author)

Ditch the chocolate cliché this Valentine’s Day and reinforce your love with these berrylicious desserts!