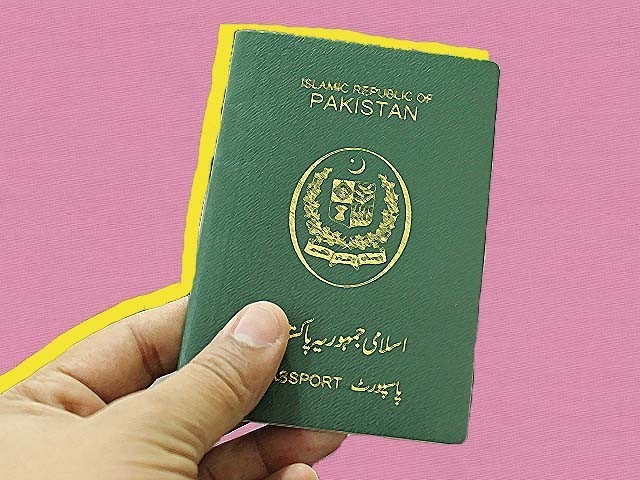 Pakistani citizens who hold foreign passports are not allowed to hold seats in either the national or provincial assemblies and are also barred from becoming members of the senate. However, the incumbent government is looking to change this, citing the contribution of overseas Pakistanis to the local economy as sufficient reason to do so. The first step towards enacting this proposal was taken by the cabinet in July 2019 when it approved the contesting of elections by dual-nationals. However, from a legal standpoint, it is important to remember that if the Pakistan Tehreek-e-Insaaf (PTI) actually intends on successfully following through with this, they will need to amend the constitution.

In order to do so, they will require a two third majority in the National Assembly, something which they clearly do not have. Therefore, they will require the support of the opposition. Granted, the PTI regime was able to garner the support of the opposing benches with relative ease when it came to the Army Act bills. However, it is safe to assume that such accommodating behaviour was shown primarily because the bill in question was linked to military and so, it is extremely unlikely that this cooperation will extend to the matter of dual nationals being allowed to vote.

Admittedly, the Election Commission of Pakistan (ECP), in recent history, has been quite nonchalant when it comes to keeping a check on dual nationals filing candidacy papers, which in turn allowed several foreign passport holders to contest elections and become part of the legislature. Eventually, these individuals were disqualified by the Supreme Court, but not before they had spent a substantial time as members of the relevant assembly. However, with the involvement of the Federal Investigation Agency (FIA), it has become nearly impossible for foreign nationals to slip by unnoticed. In fact, the FIA submitted a detailed report which identified over a 100 prospective candidates that held foreign passports to the ECP.

The debate as to whether it is ethically permissible to allow foreign nationals to actively participate in legislation is a different matter altogether. Proponents of the foreign national ban state that the allegiance of such an individual to the state is extremely questionable since if they had the country’s best interests at heart, they would never have obtained a foreign passport in the first place or, at the very least, they should have no qualms about renouncing their second citizenship.

Admittedly, such a line of reasoning is somewhat understandable. However, we must then also acknowledge the incongruence of such a policy or law with that of the Civil Servants Act 1973, which allows dual nationals to become part of the bureaucracy. In fact, there are over 700 bureaucrats that hold foreign citizenships working for the government in one capacity or another. One may also argue that bureaucrats play a bigger role in policy making and the overall running of the country as opposed to members of the national legislature. Therefore, if anyone should be banned from holding two citizenships, it should be public servants.

Regardless, article 63-I (c) of the constitution is specifically targeted only towards members of the Majlis-e-Shoora (parliament) and is not relevant to the bureaucracy. However, one could argue that there is an apparent loophole in this article that technically allows foreign passport holders to contest elections in Pakistan. The article states:

“63. I – A person shall be disqualified from being elected or chosen as, and from being, a member of the Majlis-e-Shoora (Parliament), if —

(c) he ceases to be a citizen of Pakistan, or acquires the citizenship of a foreign State;”

On the face of things, the article is fairly straightforward. Any Pakistani citizen that obtains a foreign nationality will be disqualified from being elected as a member of parliament. However, the phrase of interest here is “acquires the citizenship”. What if a foreigner obtains Pakistani citizenship and then decides to run for parliament? Will he or she be allowed to do so? On paper, it seems that the answer is yes. This is because the act of acquiring a foreign citizenship has been qualified as the standard which renders the capacity to be a member of parliament null and void.

Yet, if an individual is a foreign passport holder by birth, they technically cannot fall under the ambit of this act. This is down to one simple reason. A new born does not possess the legal capacity to acquire anything, including a citizenship, and therefore their citizenship is qualified as birthright citizenship or derivative citizenship because it originates from the fact that they have either been born in the relevant foreign country or have parents who are foreign nationals.

Therefore, if a foreign national decides to become a citizen of Pakistan and files candidacy papers, he or she cannot be disqualified on the basis of article 63 I (c). Of course, if the courts decide not to adhere to a strict interpretation of this article and feel that it is necessary to “give effect to the intention of the legislation” in accordance with an old British method of statutory interpretation known as the purposive approach, it is possible that the courts may employ the erroneously worded article to disqualify a foreigner who has obtained Pakistani citizenship from participating in the elections.

Regardless, one should not shy away from the fact that this article lacks clarity and that further legislation is required for the sake of precision. This is why former ECP secretary Ishtiaq Ahmed Khan stated that the parliament needs to pass new legislation in order to make the law unassailable because, in its current state, it is quite porous.
­