A journalist in Peshawar: My encounter with a militant 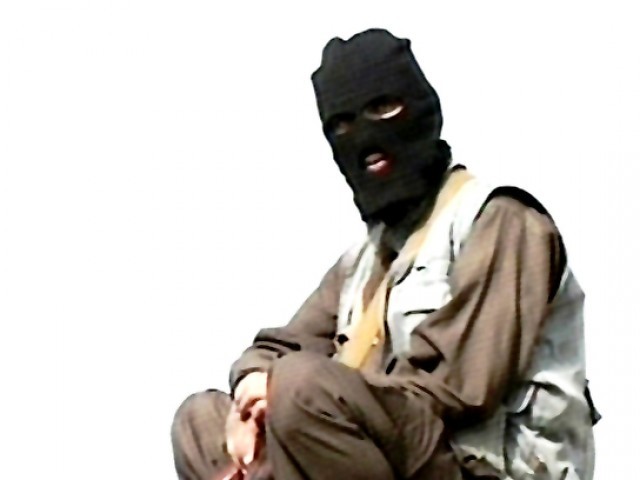 They thought I was an American, so they surrounded my car and forced me to get out. PHOTO: REUTERS

Six armed men surrounded my vehicle and asked me to get out of my car. Two of them seemed like people from the locality. The rest were shorter, had sharper features and Mongolian faces and spoke a language I couldn’t decipher. One of them, who spoke Pashto in a coarse voice, roughly ordered me to get out of the car

(Why? What happened? I am a journalist.)

He looked at me and asked:

“Aren’t you an American?”

I don’t know why he assumed so – I am as Pakistani as it gets. My guess is that he probably thought I was American because I was working for an English news channel.

When I replied, with a firm “no”, he insisted that I was fooling him:

“Even the Americans know how to speak Pashto now,” was his gruff response.

After he checked my ID card and asked me to recite the Kalimah, I convinced him that I could recite Arabic too. He pulled out his Mukhabira (a wireless set the Taliban use for communication) and said something I will never forget:

“There seems to be a problem; the big fish that we caught is an angraiz (American), but he knows how to speak Pashto and is a Muslim as well.”

This was back in April 2009, when the Taliban took over Buner District in Khyber Pakhtunkhwa. I was set free to report after my colleagues found out what happened and intervened.

Perhaps, the experiences of every man are worthy enough to be compiled into a memoir, but those of journalists are suffused with fear and excitement – they have stories to tell that we all might know through heresy, but only a handful have experienced first-hand.

An incident is commonly reported, but what happens to the person who reports it is known to a select few. These are experiences far beyond the imagination of many.

Khyber Pakhtunkhwa and FATA are considered to be some of the most dangerous places in the world for journalists. The above mentioned incident shows the confusion in the minds of the militants themselves. It’s difficult to talk to people who are confused, but it is near impossible to talk to confused people with guns. This is just a little too much to handle.

However, with the passage of time the threat has changed. One no longer sees militants patrolling the road sides, at least not in settled areas. Having said so, the situation somehow still seems grave.

Below is a conversation that might give you an idea of the life of a journalist in Khyber Pakhtunkhwa.

“There’s been a huge explosion outside my house,”a colleague’s perturbed voice tells me, barely making its way through the phone.

“Be quick! I’ll keep you posted.” he says

As I make my way to him, he calls again:

“It was a cylinder that exploded – a couple of people have been injured. I am close to the site right now,” he tells me in a frenzy. Just then, I hear another loud explosion through the phone and the line cuts off.

Have I lost my friend? Is he still alive? What happened? I am struck by panic, scrambling to dial him again. His phone isn’t connecting. Please God, let him be alive.

In a few hours, I find out that my colleague survived, but there were others that were not so lucky.

In the last couple of years, three journalists I knew lost their lives. One of them was a very dear friend and colleague, Abdul Wahab, who called persistently the day a twin suicide attack took place in Mohmand Agency, exactly one year ago.

No one answered. Such is the life of a journalist.

Buner Valley lies on the Peshawar valley border of the Khyber Pakhtunkhwa.

The writer is a correspondent for the Express Tribune. He belongs to Mohmand Agency and can be reached @iftikharfirdous on Twitter and [email protected]

Letters to my deceased parents