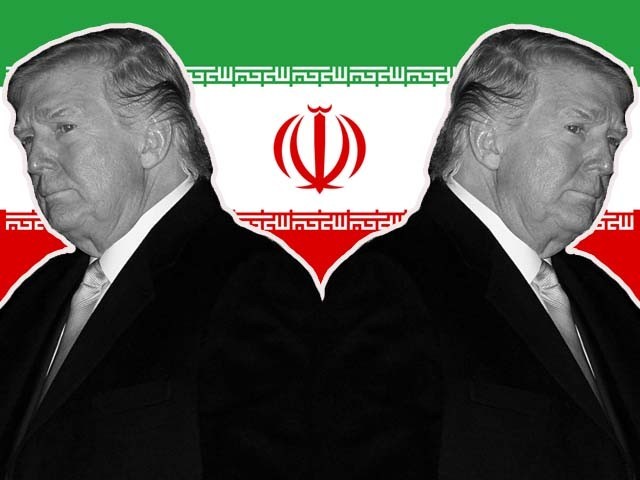 The spectre of war is haunting the Middle East. In the American diplomatic and military circles, there’s only a single line of discussion: how is Iran going to retaliate? The question has moved a little further from ‘if’, and the reason for that is Donald Trump’s addiction to late night news punditry which leaves him with a mad whirlwind of emotions, especially if it has anything to do with a perceived slight aimed at either him or the military prowess of the United States (US).

On December 27th, an American contractor was killed because of rocket attacks at a military base in Kirkuk in Iraq, for which the US blamed Iranian backed militia and immediately retaliated by attacking sites in Iraq and Syria which they said housed members of the Iranian backed Shia militia, Kataeb Hezbollah, killing 25 people. This happened on December 29th. On December 31st, there was a massive demonstration outside the gargantuan US embassy compound in Baghdad, where protesters were able to breach security and occupy the reception area of the US embassy. Major General Qasem Soleimani, commander of the Quds Force of the Iranian Revolutionary Guard Corps, was killed by a US drone as he left the Baghdad airport on January 3rd.

Suleimani’s assassination had long been under consideration since US strategy makers could not defeat him on the chessboard of Middle Eastern politics. However, both the Barack Obama and the George W Bush administrations considered his assassination a moot point since the cost benefit analysis didn’t add up: the potential repercussions of such an act outweighed the advantages they would derive from it. Trump, however, is different. He goes by his gut feelings and what Fox News anchors tell him to do.

To draw a parallel, one could argue that the Quds Force is equivalent to an amalgamation of Pakistan’s Special Service Group (SSG) and the Inter-Services Intelligence (ISI). Imagine if a major general heading the SSG, while simultaneously heading the ISI, is killed by India in a unilateral drone strike. Also imagine if this general had been at this special appointment for the past 20 years and had been a famous figure across the whole country. How would a sovereign country like Pakistan have reacted to such a slight by a perceived enemy like India? Would this not have been an unambiguous declaration of war?

In its hubris, the US sometimes forgets that other countries value their sovereignty, territorial integrity, and respect for the life of their citizens as much as America does. Iran may be a weak foe, but it possesses the requisite capability to harm US military or civilian personnel at a place and time of its own choosing. Trump has now forced both the countries to play a dangerous game of chicken. Whoever blinks first loses. It could be argued that the current state of events is very similar to the Cuban missile crisis. However, at that time, neither Nikita Khrushchev nor John F Kennedy took any rash actions. They were forced into an almost nuclear confrontation because of the expansionist strategies of both their countries.

In this lesser interesting game of chicken, there had been no need of a drastic escalation other than the US showcasing its military muscle and probably setting a precedent for all future foes. Soleimani was a threat in the eyes of the US, annoying them to no extent due to his clever manoeuvres in the politics of the Middle Eastern jungle: propping up Bashar al-Assad’s Syrian regime, campaigning vigorously against Al-Nusra and other Sunni jihadist elements, making sure Hezbollah continued to stay a relevant force and a deterrent to any other players in Lebanon, manipulating Iraqi politics to ensure that it always had a pro-Iranian regime, driving out and crushing ISIS from Iraq and Syria,  and giving sufficient aid to the Houthis in Yemen so that the Saudis did not achieve their desired outcome in that country. In short, he was a modern-day Shia Lawrence of Arabia: a shadowy figure who executed Iran’s foreign policy.

By killing him, the US has upped the ante. To all future enemies, it’s a clear cut signal: even the decision makers can be executed mercilessly. It is not as if Soleimani was a rogue Al-Qaeda leader, he was after all a leading general of an internationally recognised sovereign state. If the US can butcher him, then in any future conflict, it can also kill the military or political leaders of any opposing nation. And if the US were to commit such an act, then so would other opposing nations. Iran may attempt something similar in a tit-for-tat move. Hassan Rouhani has stated that, “Vengeance for killing General Soleimani is an inalienable right for the Iranian people”.

Those who refer to the number 52 should also remember the number 290. #IR655
Never threaten the Iranian nation.

Perhaps it’s the inherent racism and religious bigotry towards Iranians, or a complete disdain for its nationhood, but the US does not even treat it as a worthy adversary. Granted that Iran is no superpower, but decision makers in the US would never even have thought of executing a Soviet Union general even at the height of the Cold War.

There is a theory in political science that political leaders who have had a taste of war, or served in the armed forces during a conflict, never vie for war. Thus, veterans like Dwight Eisenhower and Kennedy tried their level best to avoid an outright war during their tenure. However, incumbents like Margaret Thatcher of the United Kingdom for example, who have an admiration for the military yet never participated in a war personally, adopt military belligerence as a tool of state policy. Trump is similar. He avoided the Vietnam draft and only had a quasi-military experience as a student in the New York Military Academy (analogous to a cadet college here in Pakistan). He is enthralled by the pageantry of the military and the ‘glory’ of war, yet has never served, and poses himself as a strongman – thus political science dictates that he is a president most likely to start a war. However, Trump has to understand that starting a war is easy, but ending it is the hard part. Only time will tell how exactly Iran will respond and what the consequences of Trump’s brinkmanship will be.