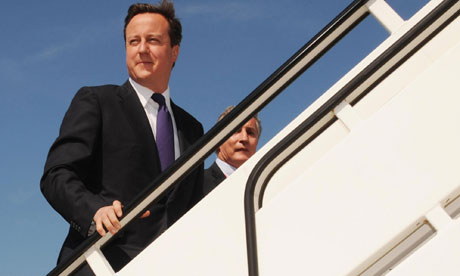 It all began ten years ago when two Boeing 767’s tore into New York’s World Trade Center and another plane rear-ended the Pentagon. The US administration instantly inferred that Afghanistan was culpable for the attacks and hence sought Pakistan’s cooperation to orchestrate a counter-attack. It summoned the director general of ISI, Lt. General Mehmood, and Pakistan’s ambassador to Washington, Maleeha Lodhi and asked them to choose their loyalties in this looming war on terror.

This ultimate choice may have favored the US administration but its adverse ramifications on Pakistan’s global image have intensified. We are now a proverbial battleground where safety is as scarce a commodity as serenity. Our exchequer is being exploited to fund operations that initiate death rather than solutions. To cut a long story short, we have permitted our terrain to be used to combat militancy whilst grappling with diminishing tourism-based revenues. And now – as if our sacrificial tendencies were not a strong enough testament of our commitment to the war on terror – Islamabad has been falsely accused by British Prime Minister David Cameron for propagating terrorism through what could be termed a ‘lax attitude’.

Declarations of this nature shape the context for dissension and therefore lack the potential for resolving the legacy of terror campaigns that have afflicted Pakistan. They are intrinsically subjective and are reflect an oversimplified view of one of the world’s most perilous regions. Furthermore, the dearth of sophistication evident in such statements is indicative of an immense disregard for Pakistan’s efforts in combating terrorism and, concurrently, grappling with an array of multifaceted problems. Therefore, any justification posed by High Commissioner Adam Thomson on Cameron’s remarks portrays nothing but a cover for the reckless expression of a specious claim.

A dispassionate analysis of Cameron’s remarks will depict that they have simply been phrased badly. Perhaps the British Prime Minister is alluding to a specific instance – possibly the perpetrator of the Times Square car bomb attempt – where this point of view holds water. But despite this theoretically sound judgment, he falls short of clarity and creates a misnomer which cannot be easily forgiven as it assails the integrity of Pakistan’s international relations – especially after he reiterates that he had given a “pretty clear and frank answer” to a straight question which he does not regret at all.

In addition, Cameron’s comments also imply that the region’s internal problems are fundamentally immaterial as compared to the war on terror. Such implications can be deleterious particularly when the death toll resulting from the flood situation in many far-flung regions has risen exponentially and numerous settlements still stand the risk of flooding. In the event of this catastrophe, it is best that Pakistan consolidates its think-tanks to implement relief efforts rather than embroil itself in a confrontation against militancy. After all, was it not the Iraq war that weakened the ability of the US to make provisions for emergency contingencies when Hurricane Katrina struck?

Thus, Cameron’s remarks are arguably an ineffective statement that aptly demonstrates a glaring lack of consideration for attempts made by Pakistan to eradicate terrorism in the past. In any case, a country who offers its turf for guerilla warfare is bound to be home to extremist elements. But it is entirely incorrect to suggest that a people – whose lives have been ruptured by a war that they will not profit from – are terrorists just because they desire national security.