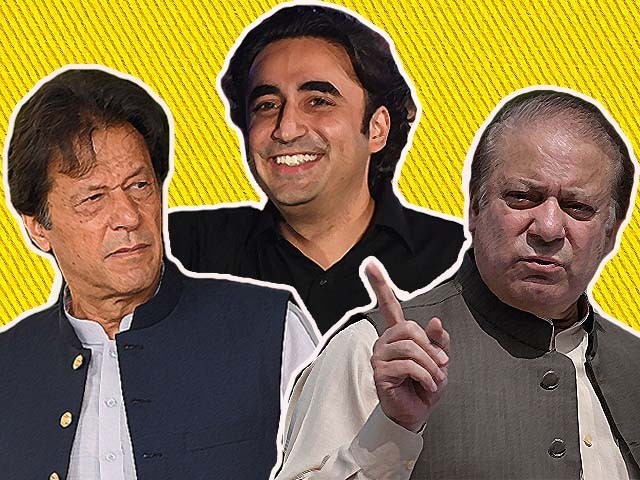 Dēmokratiā, a system of government invented by the Athenians in around 508 BC, simply means “rule by the people”; demos (people) and kratos (rule). On the other hand, the word politics means the “science of government”, which gets its connotation from the name of Aristotle’s book, “Ta Politika”. However, it appears that our elected representatives have redefined these terms, because of which a vacuum persists in our democratic system, leaving it both vulnerable and weak.

In today’s Pakistan, politics connotes the appeasement of one’s party leadership; the more vocal and aggressive one is in rebutting a point asserted by a political opponent, the better. Politics has become about ego and belittling political opponents in an attempt to tarnish their reputation. Needless to say, as and when required, it is about taking a 180 degree turn and pacifying the opposition in order for them to support a piece of legislation which is, arguably, in the interest of national security.

This is exactly the reason why political intervention happens, and why shouldn’t it? When a government, using all the means at its disposal, opts to get 11 bills passed through the parliament within a couple of hours, without any meaningful debate and in contravention with the legislative procedure, as provided for in the constitution (Article 70) and in the “Rules of Procedure And Conduct of Business In The National Assembly” (Chapter XIV), the red faced opposition is left with no other alternative but to oppose the government’s reform agenda – no matter how progressive it might be. It must be noted that this is not a new occurrence and previous governments are also credited with a list of actions which are, in their own right, undemocratic. One cannot help but reminisce on what Plato once said, “Good people don’t need laws to tell them to act responsibly, while bad people will find a way around the laws.”

It is not that the government is incapable of reaching a consensus with the opposition parties, all it takes is an initiation of dialogue while ensuring a conducive environment. Unfortunately, since this government has been formed, the only time we have witnessed this unprecedented meeting of minds is when the issue of the extension of the Chief of Army Staff (COAS) occupied centre stage. It is a given that the chief executive of the country should have the power to chose his team and the power to give extensions, where the situation so demands, however, the government should ensure that the proper legislative procedure is followed, in letter and in spirit. If things are rushed, it not only undermines the procedural requirements but also cast doubts on the legislature’s independence.

However, given the subject matter of the three bills tabled by the defence minister, it appears that the government was not too keen on safeguarding the sanctity of the parliament, perhaps because it was more than confident that it would be able to solicit support from the opposition parties. Pakistan Muslim League-Nawaz (PML-N), a party which has worked tirelessly to build its own “vote ko izzat do” narrative, did not hesitate to lend its support for the proposed amendments. The Pakistan Peoples Party (PPP) also did not shy away from rendering support for the Army Act. Needless to say, it did not take much time for PML-N and PPP to realise that they had miscalculated the anticipated response from their party members, workers, supporters and independent political analysts. Now that the Army (Amendment) Bill 2020 has been passed, it remains to be seen what the public reaction to this will be.

These parties have demonstrated their unwavering support for the cause, yet the manner in which these bills were, aggressively, being pressed by the incumbent government, with the apparent support of a large chunk of the opposition, was bizarre; simply because such a show of unity is unprecedented. One wonders if this political consensus will continue to persist. In fact, it should not just be the Army Act on which the political parties should be willing to disregard their political differences because other very important bills are also pending before the standing committees which have still not been presented before the parliament. It is exactly for this reason an impression is being created that legislative independence has been compromised, and for this reason alone, the majority of the public is not willing to trust the official stance of the government, its allies and the opposition parties.

Unfortunately, we, the people, now often look at our politicians as liars, who are only interested in furthering their own vested interests, as an aristocratic class who would not hesitate in abandoning their own principles and ideology if the situation so necessitates. Sadly, “the government of the people, by the people, for the people”, in the eyes of many Pakistanis, is just a government – inaccessible and distant from the people it governs. Although it is entirely the fault of our political elite that this perception is enshrined in the hearts and minds of many of us, it would not be fair to paint every politician with the same brush.

Having said that, it is up to our elected representatives to address this grave issue and ensure that the trust of the people is restored in them and, through them, in our democratic system. It is the responsibility of the incumbent government and the opposition parties to ensure that we have faith in the system and we remain committed to furthering our country’s national interest. This cannot happen if a government is not willing to lead by example and flaunts the law and democratic norms at its own whim.