How can Pakistan’s youth reap the benefits of e-commerce? 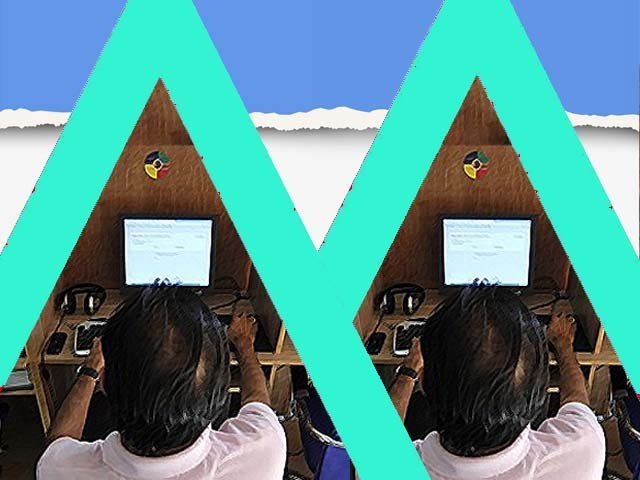 In a world which is increasingly relying upon technology to drive both businesses and innovative processes it is imperative that Pakistan’s youth be equipped with the necessary skills required to flourish in this changing landscape. According to my observations regarding the existing e-commerce policy framework, the willingness of the government to collaborate with online marketplaces for export capacity building is apparent. However, it is important that such online marketplaces are able to incorporate a particular aspect of ‘gamification’, which will pay dividends down the line. But in order to fully understand the perceived benefits of the model it is necessary to first engage with the concept itself. As outlined by Kai Huotari and Juho Hamari, gamification is essentially the application of game-design elements and game principles in non-game contexts. It can also be defined as a set of activities and processes which aim to solve problems by using or applying the characteristics of game elements. In light of this definition, it becomes apparent that the goal here is to engage with the youth in an attempt to encourage them to readily understand this system.

The vision here is that a trade portal makes it easy for the youth to engage in exports in the form of micro small medium sized enterprises (MSMEs), which is far more lucrative than spending ones time in the hope of only earning a quick, small buck. As a result, the youth focuses on spending time on this portal in order to increase the export of local produce. One of the easiest ways to engage in this practice, which can be embedded into the envisioned portal, has already been outlined in my previous article, which takes into account that there are two significant e-marketplaces with over 5 million registered importers currently operating out of Karachi. However, it is important to keep in mind here that this gamified e-marketplace, which triggers the ‘flow’ of the youth towards exports through MSMEs, is not a remote concept. Based on my recent interactions with those individuals who are operating in these e-marketplaces, it is increasingly evident that they are willing to provide a tailored solution according to the needs of the country.

Unfortunately, in Pakistan, the lack of a proper social security and welfare system, coupled with a problem laden education set-up, makes it a fundamental challenge for the youth to channel their energy in a direction which serves the policy objectives of the country. The desire of the Pakistani youth to engage with emerging technologies and the e-commerce framework was made evident to me during a recent trip to interior Sindh as a small and medium enterprise development authority (SMEDA) trainer. The drive and hunger for knowledge among those residing in these localities is something I have not witnessed even in the classrooms of some of the top universities of Pakistan, making it evident that the youngsters of Sindh are steadily become more well-equipped and capable of interacting with multifarious technological applications and they have also taught themselves how to use various social media platforms. In this vein, it is heartening to see the present government taking active steps to harness the potential of the youth. Given the fact that the Pakistani youth is become increasingly technologically skilled, this in turn enables massive opportunities for them in the world of e-commerce. For instance, the recent launch of DigiSkills, which trains freelancers, is a platform provided by the government to allow the development of future independent freelancers who can then become a source of foreign remittances.

Hence, given the manner in which the youth of the nation are gradually increasing their technological skill set in a world which is rapidly moving online, it isn’t hard to imagine why Prime Minister Imran Khan launched the Digital Pakistan Vision, which outlines “Pakistan’s digital ambitions and has been designed for the government and the private sector to work towards a digitally progressive and inclusive Pakistan.”

The writer is a National Ecommerce Policy Consultant, an Assistant Professor at SZABIST Karachi, and an SMEDA Trainer. He has completed his MSc in Advanced Marketing from Lancaster University. He obtained a BBA-MIS and an MBA-MIS from IBA-Karachi (www.linkedin.com/in/krnagi).

How can local MSMEs tap into the international market?

How can Pakistan increase its exports?

How to empower small businesses in Pakistan