Has the NAB Ordinance 2019 eased the process of accountability or hindered it? 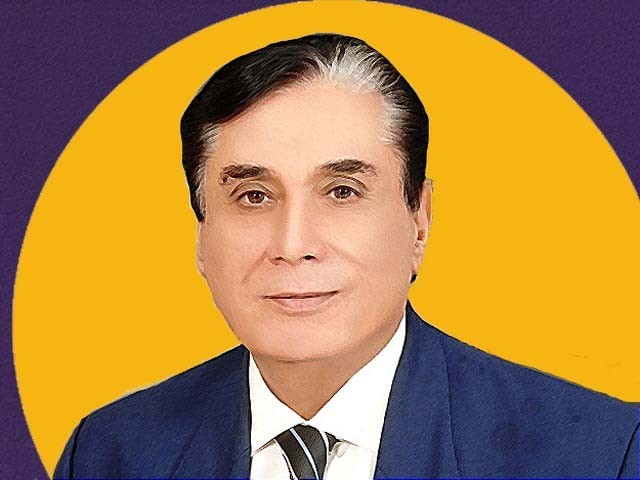 A long overdue National Accountability Bureau (NAB) Amendment Ordinance was enacted by the government on the 27th of December, 2019.  As expected, it became the most discussed topic in the coming week. The promulgation of the ordinance was followed by a flood of misinformation regarding its contents and the nature of the amendments. The media and the opposition strongly criticised it, using a plethora of derogatory terms, none more so than the Pakistan People’s Party which termed it the “mother of all NROs” insinuating that it had essentially axed the accountability drive. On the other hand, the Pakistan Tehreek-e-Insaaf (PTI) government defended the ordinance, calling it a much needed step to strengthen a focused accountability drive in the country.

Let us discuss the content of the ordinance itself by concentrating on two important portions of the amendment. The first portion removes the jurisdiction of NAB from matters relating to taxation, levies and imposts. It states that all inquiries, investigations and trials pending before NAB and Accountability Courts pertaining to the aforementioned categories will be transferred to relevant departments and courts.  Before we ascertain if this part of the amendment is a step in right direction, let us take a look at the history of NAB law in general.

The National Accountability Ordinance was promulgated in 1999 and it comprised of several controversial clauses, none more so than section 9 (a) (vii) which made wilful default a crime. Three months after the promulgation of the Ordinance, wilful default was defined in order to limit its scope to not repaying an amount to a bank, financial institution, statutory body or a government department on the date when such payment was due. Thereafter, banks conveniently referred such matters to NAB and the volume of cases of wilful default increased manifold. To counter this, another amendment was made to the law and section 31-D was inserted. It made any action by NAB in cases of wilful default against banks and financial institutions conditional on a prior reference that was to be filed by the State Bank to the NAB.

After this restriction, NAB found other avenues to maintain its relevancy. It started taking notice of matters where final determination of the due amount was not made by the competent authority as well as taking cognisance of petty matters, for example, the recovery of small electricity bills. Due to such a frivolous exercise of power, more bodies became suspicious of the efficacy of NAB and as a result, amendments were brought that curtailed its powers. In 2016, amendments were made in the Securities and Exchange Commission Act to oust the jurisdiction of NAB and the Federal Investigation Agency (FIA) from matters relating to companies.

Therefore, if we see the current amendment through the lens of the context mentioned above, we will understand that the latest ordinance has not deviated from the trend exemplified by past amendments of curtailing NAB’s powers. Moreover, as the bureau is a relatively small body with limited resources, this amendment should ideally help focus their energies on cases of mega corruption, thereby increasing the likelihood of successful prosecution.

On the flipside, there is a particular segment where defanging NAB might prove to be counter-productive and that is the tax sector. Most of the tax cases that NAB is dealing with pertain to sales tax refund fraud and misuse of authority by customs officials. In multiple jurisdictions, such offences are not only crimes under tax laws, but are also crimes under special accountability and fraud laws. For example, in the UK tax law, a prosecutor can base his case not only on crimes under a specific tax act, but also under more wide ranging legislation such as the Theft Act 1968 and Fraud Act 2006. Therefore, curtailing powers of NAB in tax matters could result in more leeway for individuals to commit tax fraud and an increase in loss to the public exchequer, seeing as how the Federal Board of Revenue (FBR) will now be responsible for prosecuting tax fraud perpetrators and their powers of prosecution will be limited to only relevant tax legislation.

Now let us examine the second part of the amendment. It deprives NAB of the power to take action in matters of procedural irregularity where corresponding pecuniary benefit to the public official is not present. The opposition has criticised this amendment the most, alleging that this move will essentially protect those officials who are currently being investigated by NAB for their involvement in the Peshawar BRT and Malam Jabba projects.

However, it would appear that the opposition’s notion is misconceived, especially in the light of various judgments of our superior courts. Multiple instances exist where the courts have held that mere procedural irregularity would not be a crime unless there is corroborative evidence to show pecuniary gain.

In 2008, the Supreme Court in Admiral Mansoor ul Haq case, observed the following:

Furthermore, in the Idrees Ghori case, the Supreme Court held :

Therefore, it is safe to say that this part of the amendment merely serves to bring to the statute book what has already been a judicially recognised principle of law for more than a decade now. Additionally, formally codifying the legal principle is a good move because it plays to the gallery of bureaucrats who were showing increased reluctance in performing their duties on the pretext of the ever looming NAB sword.

Slowly, but surely, we will see the current government reaping the fruits of this amendment because it has pacified the concerns of the business community with regards to NAB’s sweeping powers over alleged tax fraud. This was sorely needed, particularly after NAB Chairman Justice Javed Iqbal’s feeble attempts to alleviate the concerns of businessmen, by saying that NAB does not pursue tax evasion cases. Gaining the confidence of the business community will add to the stability of the government and the economy in general.

Finally, appeasing the bureaucrats who were openly threatening to revolt against the current government’s stringent and over efficient anti-corruption practices will also add to the stability of the PTI regime. Regardless, only time will tell whether the NAB ordinance of 2019 will merely provide relief to the affluent or if it is actually a concrete step towards improving the accountability mechanism of our country. However, it is clear that there are some positive effects of this ordinance that we should ideally begin to see relatively soon.

The writer is a LUMS graduate and a lawyer based in Lahore. He tweets at @Madilchattha (twitter.com/Madilchattha)