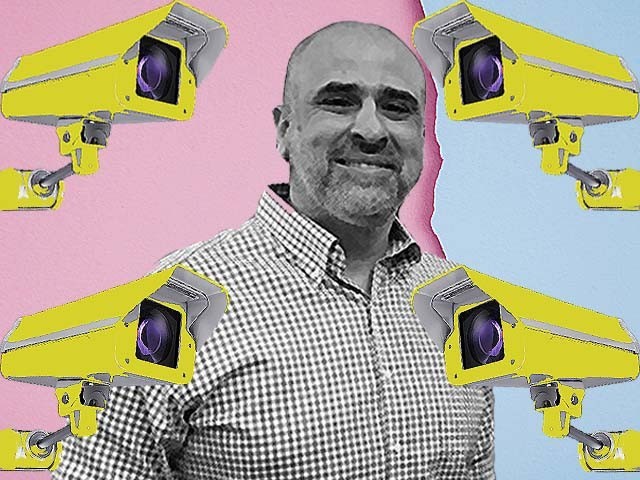 A series of disturbing incidents related to the invasion of people’s privacy have recently come to light. In some cases  like the Balochistan University incident, students were blackmailed after compromising footage was recorded through concealed CCTV cameras installed in the bathrooms. If this was not bad enough, the latest victims of a breach of privacy were unsuspecting women in Sheikhupura who were secretly video recorded while they were giving birth. The hospital staff then used the videos to blackmail the women. Thankfully the hospital was sealed and all the videos were taken into custody along with prominent staff.

Such incidents really force one to ponder why more isn’t being done to protect our citizens from repeated breaches of privacy. It also raises some excellent questions about what Pakistan’s Constitution says about the rights to privacy, after all, one would assume that it is a fundamental right. Unfortunately, it is not, at least as far as our constitution is concerned. Article 14(1) states:

“The dignity of man and, subject to law, the privacy of home shall be inviolable.”

Therefore, according to the letter of the law, it would appear that only the sanctity of your home is protected, and that too can be violated if law enforcement agencies deem necessary. This nonchalance towards the importance of guaranteeing privacy to a citizen reflects the general attitude our society has towards an individual’s privacy. In a society where closing your room’s door unannounced inside your home is seen as a grave misdemeanour and eavesdropping is thought of as an enjoyable past-time, it is hardly surprising that the constitution has dedicated a mere 15 words to the concept of privacy.

However, with regards to the law itself, all is not lost. First, let us revisit 14(1). It clearly states that the dignity of man is inviolable. Furthermore, Section 18 of the Prevention of Electronic Crimes Act 2016 outlines various offences against the dignity of the natural person. Therefore, while our right to privacy is somewhat muddled, it is apparent that the right to dignity is guaranteed by our constitution. Granted, this does require a limited amount of legal interpretation as to what falls under the ambit of acts that violate a person’s dignity. Regardless, it is safe to assume that not even the most constricted mind will deny that the act recording videos of people through concealed CCTV cameras without their consent falls under the aforementioned category.

This is the argument that eminent social activist, Salman Sufi has tried to make in his writ petition filed in the Lahore High Court, in association with the Asma Jahangir Legal Aid Clinic. Sufi, who received the Mother Teresa Award in 2018 for empowering women, spoke to an online media outlet and stated that the prevailing perception amongst our people is that CCTV cameras are primarily used for security. While he admitted that to a certain degree this perception was true, he also stated that more often than not, such cameras can be used for nefarious purposes such as blackmail. Women are usually on the receiving end of such attempts of extortion and instances exist where such victims have eventually committed suicide. One such case that comes to mind is from a notorious Rawalpindi internet cafe where the owner of the establishment installed secret CCTV cameras in the cubicles, to record compromising footage of the men and women frequenting the cafe. The videos eventually ended up in the hands of gangs, who tracked the victims to blackmail them, leading to multiple suicides.

Therefore, Sufi has proposed that widespread regulations need to be introduced, which control the excessive usage and installation of CCTV cameras so that the same are only engaged for protection, not extortion. His petition also makes a series of very important points or rather, requests to the court. It pleads that the honourable court declares the following acts illegal and unconstitutional:

1) Secretly filming or photographing individuals at a public or private place without their knowledge or consent in the absence of an over-riding public interest.
2) Installation and operation of CCTV cameras at public places without displaying proper notice.
3) Retention of CCTV footage of public places for an indefinite or unreasonably long period of time.

Ans Mashood, a High Court Advocate working at the legal aid clinic, believes that the existing legislation has not evolved according to the demands of the modern age, seeing as how the tools being used to breach a person’s privacy and dignity did not exist when the legislation was passed in 1973.  Therefore, if successful, this writ petition will set a judicial precedent which in turn will serve to bridge the gap between existing out-dated legislation and the present need to curtail the abuse of CCTV camera and recordings.

Perhaps hoping that this petition will also highlight the importance of respecting an individual’s privacy to nosy members of our society is wishful thinking. Regardless, it is undoubtedly a step in the right direction.