Mohammad Khalid Akhtar (1920-2002) was one of the greatest, albeit marginalised and neglected, Urdu satirists of the 20th century. Despite hailing from Bahawalpur, he broke the monopoly of the so-called ‘Urdu-wallahs’ over literature and wrote some memorable novels, short-stories and sketches to join the immortal writers of Urdu literature. Hence, the short and sharp extract on the New Year presented below, taken from his longer, satirical Scientific Primer: For Slightly Older Adults, which forms part of his 1968 Adamjee Prize-winning essay collection ‘Khoya Hua Ufaq’ (The Lost Horizon), is not only the perfect way to celebrate the arrival of yet another New Year, but also ring in the centennial of this great writer.

Though disguised as a ‘scientific primer’ for ‘slightly older adults’, it has a thinly-disguised parody of the writer himself (as a lazy good-for-nothing), as well as a very realistic reflection on the futility of New Year’s resolutions. Towards the end of these observations, Akhtar betrays his class consciousness as well when he satirises the contrasting manners of celebration of the new year by the elite and the wretched of the earth; as well as a tongue-in-cheek ‘question’ for students at the end, which is vintage Akhtar. 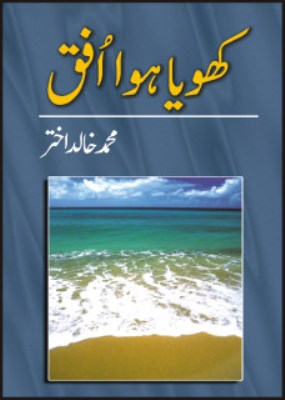 This original translation of Akhtar’s satire, along-with my own dramatic rendition of his sparkling prose in the original Urdu, is presented here in the hope that it will ensnare more readers into the beguiling net of Akhtar’s lucid style, as we begin the celebrations of Akhtar’s centennial year.

“Aha, Hola, the new year has arrived. This year has arrived carrying new joys and new hopes in its wake. Every new year is blessed and happy; and every past year is cursed and bad. So many murders, earthquakes and famines occur in every past year that they cannot be even thought about. The omens of the advent of the latest new year have proved to be very blessed. In the very first week of the year, the news arrived that a few rebel riflemen targeted the president of Panama José Remón. When this incident occurred, the deceased along-with a few respectable ladies was watching a horse race. Before being elected the president, his honour was the beloved Chief of Police of Panama and had indeed become president on the basis of the police. The riflemen fired dhayen dhayen six to seven times and escaped in a car after making mincemeat of the colonel in addition to two to three ladies. Uncle Sam is of the opinion that all this is the deed of the communists, so I also have the same opinion, since I am his obedient nephew.

Every new year on the first day, people draw up new promises and new plans; these plans and promises are made for breaking them. Children! You must have made similar promises to yourselves. For example, that you will do your school work yourselves instead of your elder brother doing it; you will become a very good boy; you will always speak the truth, whether your father blow your testicle beating you up, etc, etc. Children! Do not worry even if you have not fulfilled a single of these promises; these promises are indeed made in order that they be broken.

Come, today I will tell you the story of a man who is naturally very lazy. At the start of every new year, this man promises with a true heart that now he will turn a new page of his life; he will rise early in the morning and with a stick in hand go strolling to the garden; he will fill his weak lungs completely with the morning breeze; and will smell every flower by bringing it near his nose; he will listen to the tongues of melodious birds; and will whistle too like a bird. He will become such a dutiful and obedient boy that the parents of other boys will present him as an example before their sons. He will never smoke cigarettes and the attempts of his friends to make him smoke will not the least affect him. He will complete at least one novel, ten scholarly articles and fifteen short stories in a year (This man considers himself to be a writer as well).

Rich people welcome the new year with great pomp and ceremony. Their photographs are published in our fashion magazines. Wearing dinner suits these great people gather in some grand hotel and dance with the pretty wives of other rich men there. When the first day of the new year dawns at 12, they call out Happy New Year to it with a cup of sparkling Scotch. This is indeed the true manner of celebrating the arrival of the new year. Those thousands of people who welcome the new year trembling in the cold on the stony beds of the footpaths insult the new year; that is why the new year becomes unhappy with them. For these people, actually the new year does not even dawn. Children! Perhaps even this year will not dawn for them. Do not ever become poor!

2. Why is the new year blessed. What is the true and proper way of celebrating it? Write after looking at the pictures in ‘Mirror’ and ‘Spectator.’”