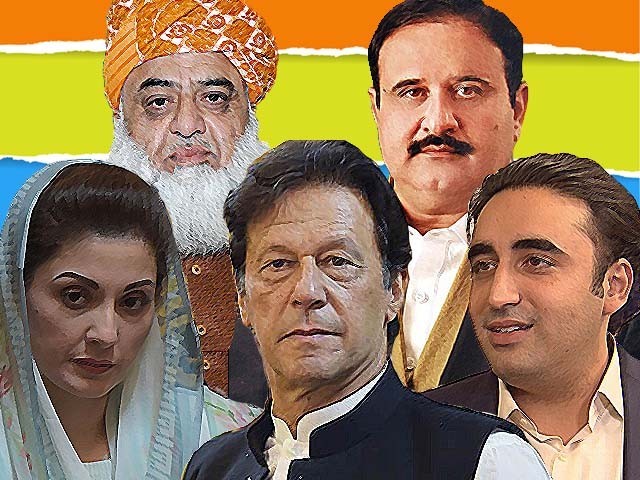 We have finally bid adieu to the second decade of the 21st century, a decade that saw the rise of conservatives and nationalist political figures such as incumbent US President Donald Trump, recently elected British Prime Minister Borris Johnson and Hindu nationalist Narendra Modi. Even in Pakistan, we voted in a prime minister who leans heavily towards nationalist principles. While India is facing a political turmoil as a result of Modi’s Hindutva-centric narrative, Pakistan is also facing a self-inflicted political deadlock due to the policies of the federation.

The ruling party is busy trying to create an impression that all is well and that the current political system does not face any threat from the opposition. On paper, this would appear to be true, seeing as how both opposition parties, namely the Pakistan Muslim League-Nawaz (PML-N) and the Pakistan People’s Party (PPP) are showing little to no interest in attempting to topple the Pakistan Tehreek-e-Insaf  (PTI) led regime. However, Pakistan’s deteriorating economy and sky-rocketing inflation will ultimately determine whether Prime Minister Imran Khan stays in power or crumbles under his and his team’s miserable performance. The fact that the Asian Development Bank has projected a 2.8% fiscal growth rate for Pakistan, the lowest across South Asia, exemplifies the tatters our economy is in.

Political stability is one of the key ingredients needed to inculcate economic progress on the economic front. However, this is something that the PTI government has not been able to achieve nor understand, seeing as how it continues to target the opposition benches on the pretext of accountability which only serves to create chaos and uncertainty among the political ranks, thus resulting in political turmoil.

Admittedly, during the last month, the PTI regime has tried to address the aforementioned issue by promulgating a presidential ordinance that curtails National Accountability Bureau’s (NAB) powers, but this ordinance is the result of a meeting between a few influential businessmen and the powers that be. Therefore, it is primarily focused on providing relief to businessmen, investors and members of the bureaucracy. So it would seem that the government is not budging on its policy to suppress the opposition. The fact that Wajid Zia, who headed the Panama Paper joint investigation team against former prime minister and PML-N founder Nawaz Sharif, has been appointed as the director general of the Federal Investigative Agency is further testament to the above.

The months preceding the new year have not been kind to PTI. The army chief extension fiasco coupled with embarrassment on the diplomatic front after Pakistan’s withdrawal from the Kuala Lumpur summit have made life difficult for the ruling party. Maulana Fazlur Rehman also proved to be a constant thorn in the side of the PTI government, with antics like the Azadi March and the Islamabad sit-in. The resulting political instability from such instances could result in the winds of change taking effect quicker than anticipated, especially in the province of Balochistan.

Differences within the ruling Balochistan Awami Party (BAP) are a clear indication that sooner or later, there will be some sort of change. To add fuel to the fire, two BAP members of the provincial assembly (MPAs) have also been de-seated by an election tribunal, making an already fledgling government even weaker. Plus, we all know who actually brings and topples the provincial government in Balochistan.

The situation in the province of Punjab is also somewhat similar to that of Balochistan. Punjab has always been the main political battlefield because the corridors to power pass thorough it. Chaudhry Pervaiz Elahi is very actively lobbying for the chief minister slot due to the present chief minister’s lackadaisical performance and the rift within PTI’s Punjab wing. Shahbaz Sharif, in the absence of Maryam Nawaz the daughter of PML-N’s founder, has also been mending fences with the establishment in the hope that the powers that be may have realised that their decision to back PTI was wrong.

In the meantime, PPP is busy consolidating its provincial government in Sindh while also trying to maintain a working relationship with both the local and international establishments so that it can clinch power again. PPP Chairperson Bilawal Bhutto’s outspoken demeanour regarding human rights issues and gender equality issues gives his party an edge with respect to  progressive narratives. However, Bilawal has the baggage of Asif Ali Zardari, his father and co-chairperson of PPP, on his shoulders, which means that PPP will continue to be shadowed by allegations of corruption, impeding any attempts to revive PPP’s Punjab vote bank.

In a nutshell, the upcoming year will challenge the resolve of PTI while the political acumen of Maryam and Bilawal will also be tested to the maximum. Therefore all parties will have to show a sizeable amount of political maturity in order to avert a constant state of political turmoil. The most potent threat to the PTI regime will remain its own lack of ability to govern the country. The common man’s back has been broken by high prices, enormous utility bills, a shrinking job market and a limited pay scale and so, it will be impossible for Imran’s government to survive another year on the basis of sloganeering and hollow promises.

That being said, the prospects of the common man’s situation improving remain slim, but at the very least, they will learn more about the true nature of the current political system and its many flaws which should ideally inculcate additional political awareness amongst the masses. Finally, one hopes that the current political polarisation in the society and the age of traditional right wing conservative political parties coming to power based on aggressive rhetoric will come to an end in this new decade, not only in Pakistan but across the globe.