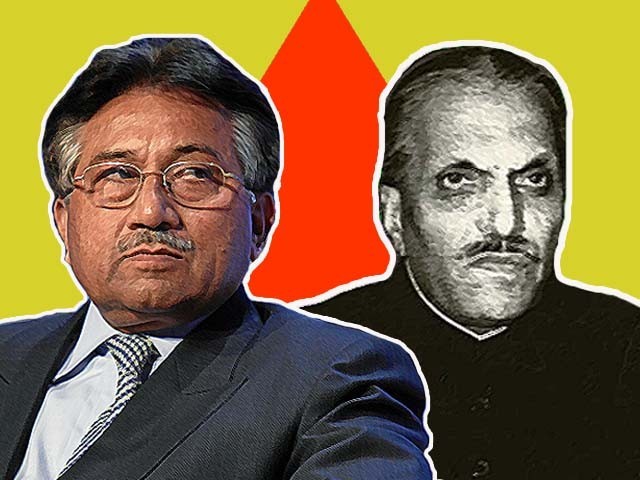 The doctrine of necessity was shown the light of day by two English jurists named William Blackstone (1773-1868) and Henry de Bracton (1210-1268). The doctrine pertains to the principle of making lawful by necessity that which is otherwise unlawful. Hence, allowing the state to legitimately act in ways that would otherwise be illegal and unconstitutional. While the doctrine remains unimplemented in England, which successfully recognised Blackstone’s celebration of the common law of England as glorifying the past, the government and the judiciary of Pakistan have repeatedly hidden behind this doctrine when abusing the longstanding principle of separation of powers. One would like to believe that the doctrine of necessity, which was introduced in Pakistan by Honourable Justice Muhammad Munir of the Chief Court of Pakistan, later designated as the Supreme Court, has finally been buried, once and for all. However, it seems that our political parties have managed to evolve this doctrine and use it to further their own objectives. A classic example of this would be the way in which Article 89 of the constitution has been used, or perhaps abused, by our political elite.

Article 89 of our Constitution has empowered the president of Pakistan to promulgate ordinances, provided that the Senate or National Assembly is not in session, stating: “if satisfied that circumstances exist which render it necessary to take immediate action…”.  The words forming part of Article 89 are very precise, and they not only act as a filter but also lay down a test which must be satisfied before an ordinance could be promulgated. It is also pertinent to note that the word “necessary”, defined in the Black Law Dictionary (10th Edition) as “…that must exist or happen and cannot be avoided…”, is there to ensure that the executive, i.e. the government in power, appreciates the very purpose and the intention behind the introduction of Article 89 in our constitution, i.e. ordinances can only be passed where it is absolutely necessary and not as a tool to bypass the legislative assembly.

However, it would be fair to say that the government in power is not willing to take note of the mandatory criteria and the pre-requisites which must exist before legislators can be stripped off their mandate to legislate, as provided for in Article 141 of the Constitution. Unfortunately, previous governments, whose members now sit in the opposition and are busy criticising Pakistan Tehreek-e-Insaf’s (PTI) alleged unconstitutional measures, are not absolved of this blame themselves. This only proves one thing; either our understanding of democracy is flawed or perhaps, despite us openly condemning dictators, we fail to realise that a dictatorial mindset persists in all of us.

A comprehensive legislative procedure has been provided in Article 70, a bare perusal of which reveals its very purpose and the true meaning of democracy. It highlights the importance of the upper and the lower house and the need for a comprehensive debate on legislation which, if passed, would govern the citizens of our country. Moreover, if anything, it teaches us about the importance of inclusion, role of the opposition and, most importantly, the value of collective wisdom. Only if the prescribed legislative procedure is followed, can the interest of various stakeholders be protected and flaws, which might not appear on the surface of the bill, be removed. However, our political elite are not willing to undergo this scrutiny process and, under the garb of Article 89, are reinventing the principle of the doctrine of necessity.

Our prime minister, who proudly flaunts his 22 years of political struggle, now seems to consider himself to be a supreme leader who is exempt from attending the sittings of his own parliament or even allow his government to lay bills before it. Moreover, the president of Pakistan, who is supposed to be the head of the Federation, a non-partisan fatherly figure of the citizens of Pakistan, has conveniently opted to remain a party loyalist. More troublesome is the fact that the president is happy with his role of being the Chief Executive Office of PTI’s ordinance factory.

It is important to keep in mind that Article 75 of the Constitution instructs the president to apply his mind and further entitles him to return the bill to the Majlis-e-Shoora “with a message requesting that the Bill, or any specified provision thereof, be reconsidered and that any amendment specified in the message be considered.” It would be safe to say that this very principle, i.e. application of the mind, applies to the promulgation of ordinances as well. However, since the current government has come to power, regrettably we haven’t seen our president apply his mind on important issues, be it the Army chief’s extension, reference against honourable chief judges, or more than a dozen ordinances he has literally rubber stamped.

One cannot help but remember what Sir Winston Churchill once said,

“Democracy is not the best system. But I do not know a better one.”

Yes, democracy has its flaws, at times it leaves us with leaders who seem like rudderless ships, but, having said that, it is the only system through which we can guarantee justice and fairness. Needless to say, democracy can only function if a difference of opinion and dissent is respected, tolerated and celebrated. It can only flourish if the opposition has its act together and is both able and willing to hold the executive accountable and, where needed, is able and willing to support the executive in making tough decisions.

Unfortunately, almost all the governments have attempted to usurp the role of the parliament. Governments who are, as envisaged in Article 90 of the Constitution, the enforcers of law have instead resorted to a promulgation of ordinances in the name of “necessity”. One cannot disagree with the fact that the current government and its allies, like all its predecessors, would face a lot of opposition if a bill is tabled by it before the parliament, however, this cannot be construed, in any way whatsoever, to be a valid defence. It is the duty of the prime minister, as the leader of the House, to ensure that a conducive atmosphere and a working relationship between the government and the opposition is maintained in order for the House to function effectively. Sadly, the PTI government has failed to do just that, hence, the need to bypass the parliament in an attempt to implement its reform agenda – a strategy which can be best described as undemocratic and a reflection of dictatorial mindset.

Inevitably, the government will have to place the ordinance before the parliament in order for it to become permanent law, hence the question: why do governments promulgate them in the first place? The obvious answer is: because they can.