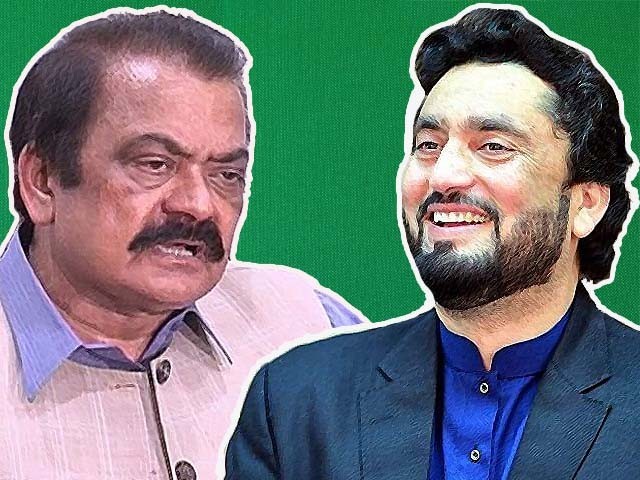 The incumbent government, formed by Pakistan Tehreek-e-Insaf (PTI), has failed miserably in providing economic relief to the masses and therefore seems to have resorted to persecuting its political opponents in an attempt to convince people that it is clamping down hard on alleged corruption. However, if the persecution of political opponents was an effective way of dealing with economic turmoil, then Adolf Hitler would have gone down in history as a one of the world’s greatest economists.

Perhaps the PTI government and Prime Minister Imran Khan are aware that they will not get a chance to rule again as it is unlikely that the powers that be will back them in light of their current performance. Therefore, it would appear that PTI does not care about the political fallout of a witch hunt against the opposition and is hell-bent upon incessant vindictiveness. Rana Sanaullah’s case is a perfect example. Sanaullah was arrested on the pretext of possessing 15-kilo grams of heroin, a charge that could potentially send him to the gallows or at least, to prison for life according to Section 9(c) of the Control of Narcotic Substances Act 1997.

Nevertheless, the government was unable to present sufficient evidence in court and therefore, Sanaullah has yet to be proven guilty of possessing heroin even six months after his arrest. As a result, the court on Tuesday released Sanaullah on bail. Sanaullah is no stranger to political victimisation, having already paid a heavy price for his allegiance to Nawaz Sharif during the Pervez Musharraf regime when he was kidnapped and brutally tortured on more than one occasion.

In his presser on Tuesday, the Minister of State for States and Frontier Regions (SAFRON) and Narcotics Control Sheharyar Afridi gave unconvincing and illogical responses to the media’s questions, thus showcasing the magnitude of the political setback and embarrassment he and his government had suffered. Shehryar was heavily criticised for saying that he had never claimed that the anti-narcotics force (ANF) had video evidence against Sanaullah and tried to differentiate between the words ‘video’ and ‘footage.’

The professionalism of ANF’s Director General (DG) Major General Arif Malik has also been called into question. In the press briefings that followed Sanaullah’s arrest, he claimed that his team had caught Sanaullah red handed and had also obtained footage proving the same, which would be duly submitted in court. The ANF was one of the few state institutions whose credibility was still intact, but now it is apparent that it too has become a tool for the PTI government to exert pressure on its political opponents.

The advisor to the prime minister for information and broadcasting, Dr Firdous Ashiq Awan, added to the embarrassment, effectively scoring an own goal when she indirectly criticised the court for granting bail to Sanaullah by suggesting that the drug mafia had influenced the court’s proceedings. From the very beginning, the idea that a seasoned politician such as Sanaullah was carrying a large quantity of drugs at a time when it was common knowledge that opposition members were under the government’s surveillance, was hard to digest. Therefore, I believe that the case against Sanaullah was a political one and thus, sooner or later, he was bound to obtain relief from the courts.

Sanaullah is among the numerous Pakistan Muslim League-Nawaz (PML-N) stalwarts who are severely disliked by the current regime because he has always been a vocal critic of PTI and Imran. Ironically, on the same day Sanaullah was granted bail, PML-N member Ahsan Iqbal was arrested by the National Accountability Bureau (NAB) due to alleged corruption in the Narowal Sports City project. Ahsan Iqbal is a well-respected political figure who was closely associated with the China Pakistan Economic Corridor (CPEC) project when PML-N was in power. This development might not sit well with the Chinese authorities who are already perturbed by the International Monetary Fund (IMF) and its constant interference in determining Pakistan’s economic policy. Given that Iqbal has received a 13-day physical remand, it remains to be seen how this case will develop.

One could argue that both Iqbal and Sanaullah are being made to pay for their loyalty to Nawaz given that the judgment following Sanaullah’s bail plea in the Lahore High Court states that “political victimisation in our country is an open secret.” As a result, it is time that PTI realises that if imprisoning opponents and assassinating their character was a formula for success, then Ayub Khan, Ziaul Haq and Musharraf would never have lost power.