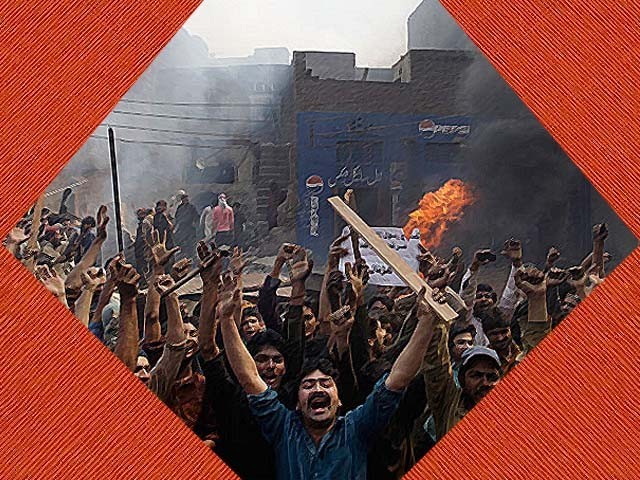 “But what is liberty without wisdom? And without virtue? It is the greatest of all evils; for it is folly, vice, and madness, without tuition or restraint.” These words of Edmund Burke, the 17th century statesman and member of the British Parliament, circled in my head while watching the horrifying images and depressing accounts of what transpired in Lahore on December 11th. At least three people died after a protest by a group of lawyers at the Punjab Institute of Cardiology (PIC) turned violent; hospital property was vandalised, attendants tending to their patients were thrashed, a police van was set ablaze, and a provincial minister was manhandled. Educated middle class men, schooled to be agents of law, justice and reason went around unabashedly displaying anger, mob hysteria, and violence on the streets, brazenly unconcerned about the fact that this was a hospital they were attacking, and one that largely caters to patients who cannot afford private healthcare services.

The incident turned out to be an alarming display of mob mentality, reminiscent of so many other times in recent memory when protests have descended into violence as a result of groups intent on dispensing their form of ‘justice.’ Rather unsurprisingly, like in all such cases, there are always some people who justify this mob behaviour by stating that it is a quick and sure way to obtain an outcome which captures the attention of the masses and the media. Nowhere is such mob hysteria more vehemently endorsed than in the cases of alleged blasphemy, a ‘breach of honour,’ or in cases of attempted theft.

What we as a populous need to realise is the difference between a mobocracy and a democracy, otherwise we will continue to witness an increasing frequency of such incidents, where the slightest instigation turns streets into combat zones, university campuses into brawling grounds, neighbourhoods into wrestling rinks, and small family feuds into lifelong enmities. Insults, injuries, loss of property and even loss of life are all possible outcomes of a mob indiscriminately rummaging its way through our cities and communal spaces. The romance attached to a people led revolution also needs to be carefully channeled. After the French revolution, guillotines were set up across Paris. The revolution that had started as a movement of the people led to the same people being executed at the smallest hint of opposition and an indiscriminate destruction of political, religious and social structures. Anyone who opposed the revolution was meticulously marked and eliminated by the same mob that was responsible for the revolution, resulting in what is known as the Reign of Terror.

In Pakistan’s larger social and political context the growing frequency of spontaneous combustibility of mobs is a symptom of something graver and far more sinister, which definitely merits serious reflective inquiry into the nation’s collective behaviour and psyche. Under the burden of news cycles, twitter trends, hashtags and WhatsApp groups, ‘collective action’ has found a new kind of volatility. Adding another layer of complexity to the situation is the rise of fake news, data tempering, breach of privacy and sensationalism. As a result, the fine line between democracy and mobocracy has become easier to blur than ever before.

According to the United Nations Development Programme’s (UNDP) recently released Human Development Report 2019, Pakistan’s ranking on the Human Development Index (HDI) fell one notch further, and the country currently stands at 152 out of a total of 189 countries – the lowest out of all comparable regional countries in South Asia. The report cautions nations, especially those countries where the HDI is low, different triggers ranging from a slight hike in the price of a train ticket, to just the rumor of a crime, will continue to bring people onto the streets.

Man follows men as sheep follows the flock – but men must also exercise reason and judgement to determine where the mob is headed. According to Racles Bogdan, an expert on mob mentality, men are more prone to let go of their inhibitions when no one knows who they are or when they can blend into a large group of people without the fear of being singled out. Their anonymity serves as a camouflage and eases the path towards anti-social behavior. Each constituting unit in a mob experiences a mad sense of liberation, which is why a mob provides the perfect opportunity to shun responsibility or accountability. On the other hand, Stephen Reicher, a professor of social psychology, states,

Humans pick up on social cues just as all animals do in packs – an instinctive behaviour trait in an attempt to fit in.

In either case, it is clear that when an individual becomes part of a mob, the individual’s ability to reason is always the first causality. According to a study by Leeds University, “it takes just five per cent of people to influence a crowd, while the other 95% follow without realising it.” It is important that we encourage the possible positive role of pressure groups, political rallies, demonstrations, and public gatherings in setting agendas at the local and national level, but we must also continue to work on strengthening the moral, political, emotional and intellectual quotient of each individual so that Pakistan as a whole has the ability to identify and distance itself from a rogue mob.