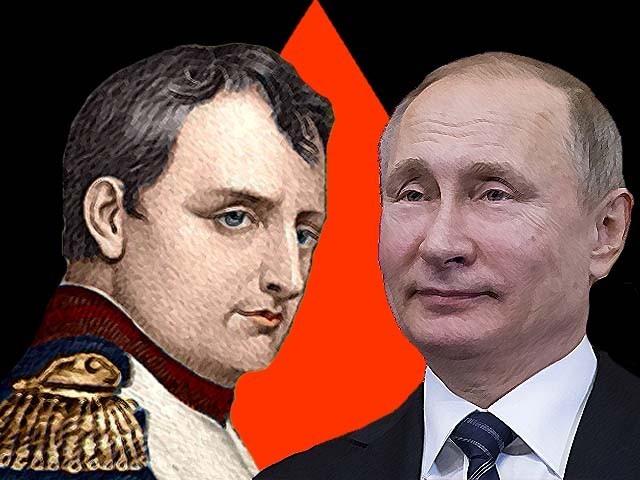 “If you know a country’s geography, you can understand and predict its foreign policy said.”

If we view the modern world through a lens of realism, we will notice that every nation-state is acting to ensure its survival. Principles of idealism can only exist in countries where national interests do not collide with the interests of powerful international actors. Major global events of the last decade indicate that Morgenthau’s and Mearsheimer’s realism has indeed prevailed.

Throughout this article, I shall attempt to prove how the foreign policies of world players have revolved around their geographical placement.

Western analysts portray Russia’s actions in Eastern Europe as an exemplification of its expansionist designs, but the geography tells us a different story. Moscow, throughout history, has been forced to ward off invaders from the East, simply because the location of the Russian capital makes it an accessible target for the aggressors. The basic tenet of Russian foreign policy has always been to expand as far to the West as possible in order to gain strategic depth in the wake of possible escalation with West and more recently, with NATO in particular. This policy trend has been consistent from the time of the tsars to the present day.

It would appear that the current Russian administration led by Vladimir Putin wants to restore Russian influence in the former Soviet territories. The annexation of Crimea in 2014 and the alleged interference in Eastern Ukraine are visible examples of Russian policy based on geography.

Let us now take a look at this geographical foreign policy determinant in the local context. George Friedman, the founder of Stratfor, a global intelligence firm, writes:

“(Pakistan) is the modern-day remnant of Muslim rule over medieval India.”

Therefore, one could say that New Delhi fears Pakistan, as historically and geographically, it has been invaded from the North West which is modern-day Pakistan. Furthermore, India views Islamabad’s influence in Afghanistan from the same prism. Therefore, it felt it was important to garner Afghan support in order to mitigate the threat of Pakistan. On the other hand, Pakistan has attempted, with varying degrees of success, to limit the hegemonic designs of India in South Asia. Therefore, certain scholars still believe that, despite India’s increasing influence in Afghanistan, the endgame will eventually come out in favour of Islamabad due to a cultural and religious overlap that exists due to geographical boundaries.

Furthermore, it is apparent that Pakistan views Kashmir as an integral part of Pakistan and as a result, is a major component of its foreign policy. Therefore, one can quite easily argue that politics in South Asia revolves around geography.

Yemen is arguably the poorest country in the Arabian peninsula and cannot hold a candle to Saudi Arabia’s wealth, natural resources and global influence. However, what Yemen does have is a population of over twenty million aggressive, commercial-minded, extremely hardworking people. Moreover, it is second most heavily armed country in the world because people do not need licenses or permits to carry guns. Clearly, Riyadh feels that Yemen poses a threat to its existence, simply because it is a bordering country, not because it has a wealth of resources.

Therefore, the Saudi intervention in Yemen is primarily based on survival as opposed to the common perception that it is a strategic move against Iran. The primary objective of the Kingdom is to subjugate Yemen in order to ensure its survival and maintain hegemony over the peninsula. Additionally, Yemeni ports have access to the strategically and economically important Gulf of Aden and the Kingdom cannot allow their control to fall in hostile hands due to geographical significance.
Regarding Turkey, Stratfor strategist George Friedman writes,

“Turkey is a stable platform in the midst of chaos.”

In recent years, Ankara has faced a renewed Kurdish insurgency which has been bolstered by civil war in Syria. The Kurdish resurgence in Syria and their presence in the South of Turkey has created an existential threat for Ankara which Turkey tried to deal with in the form of military manoeuvre named “Operation Olive Branch.” This in turn has meant that Turkey has had to restructure its foreign policy especially in respect to NATO and Russia due to the armed threat down south.

Lastly, geography played a crucial role in the emergence of the United States as the most dynamic power in the world. The Atlantic Ocean in the East and the Pacific Ocean in the West protected American freedom which allowed it to develop without any foreign intrusions. This is also why it primarily played the role of a spectator in the earlier years of World War II and also why its eventual involvement brought the war to an end.

Asian powers like China and Russia did not enjoy the same natural geographical protection as enjoyed by the Washington. This was visible when the USSR broke off into multiple countries. China was also only able to achieve sustainable development at the expense of a brutal and bloody revolution. Perhaps if geography afforded Russia and China the comforts provided to the USA, they would not have had to endure a tumultuous 100 years.

In summation, it is evident that throughout history, geography has played a pivotal factor in the actions of empires and city-states. In the contemporary era information, it may appear that technology has defeated time and distance. However, geography will remain a dominant force in defining the foreign policy of countries for years to come.

The writer is currently doing his MPhil in public policy from the Riphah institute of Public Policy. He tweets @saadurrehman146 (twitter.com/saadurrehman146)