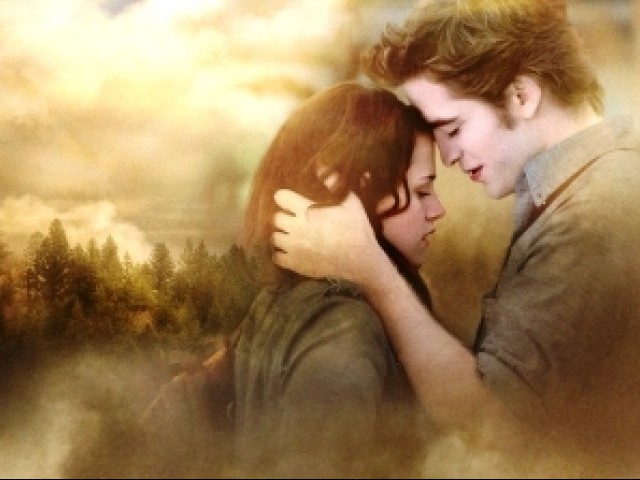 Edward, her much older vampire love interest, is obsessive. He stalks her and watches her sleep. And Bella loves him regardless!

In the United States, Pakistan, and pretty much all around the world, the Twilight series is a huge hit. In light of the release of Breaking Dawn, it’s important to analyse some detrimental aspects of this ‘love’ story.

Isabella Swan, the protagonist, is an awkward and insecure young adult. Even though she embodies characteristics that are in line with pre-adolescents and teenagers, here is my problem – her decisions make her unsuitable as a role model for teenage girls.

Edward, her much older vampire love interest, is obsessive. He stalks her and watches her sleep. And Bella loves him regardless! He is overprotective and, to a certain degree, controlling. He is the focal point and the only important person in her life. While dating him, Bella alienates herself from her friends, and when they break up she recedes within herself. She spends months as en empty-shell of a person and becomes reckless.

Without him, she has no meaning.

The fact that this character is idolized by young girls is actually quite unnerving. While Bella embodies some characteristics of a teenage girl, I know that in my own adolescence I was never defined by a single man. I had crushes, but never did I retreat within myself and lose all my friends. If anything, my friends were the motivating factors on my life– not a love interest.

And to think that through such books and their popularity, young girls think that the couples’ behaviour is the appropriate behaviour for two people in love – that an obsessive boy that stalks you is only displaying how passionate and in love he is with you –  is scary and wrong.

And then there’s the sex. In this film, Bella and Edward are finally married (at 18, for her) and have sex. She wakes up covered in bruises, the bed is broken, and she is in pain. She tries to hide this from Edward. He is sad and upset that he hurt her, but she defends him and understands that it happened only because he loves her and he is passionate about her.

Yes, this is a fictional story but what are we teaching our young girls when we say that what we see in Twilight is love and passion, and is okay? Unless parents sit down with daughters and explain to them that this is not real love and that this depiction is unhealthy and never what it’s supposed to be like, these girls will grow up with this emotionally abusive wet-blanket approach towards love and what it feels like. The might think that if their husbands hurt them, and are sad about it, it is all in love and passion and thus should be forgiven.

There are Edward-esque men out there; there are many emotionally abusive, physically controlling, dominating, obsessive, and overprotective men in the world. If  girls are told through these books and their popularity that this is normal, chances are once they’re older and do meet such a man, for them domestic violence will be akin to passion and his behaviour will be seen as his declaration of his deep-rooted love.

We live in a society where the biggest cause of injury to women is from abuse. The fact that Bella ends up as Edward’s happy wife validates everything destructive about their relationship. She abandons all her future plans and restructures her future around Edward. In fact, she actually gives up her life to be with him forever.

If at the end Bella didn’t end up with Edward, Meyer would have given their abusive love story the end that it deserved. Moreover, she would have given Bella some dignity – one where she grows out of her self-tormenting masochistic behaviour and realizes that perhaps her relationship with that old sparkly vampire wasn’t the best thing for her. Instead, Meyer gave her a happy-ending, one that all teenage girls and women hope for, but one that in a relationship like Edward and Bella’s, is virtually non-existent.

I would much rather have my hypothetical daughter’s idolize and adore Katniss Everdeen from The Hunger Games or Hermione Granger from Harry Potter– they are strong, empowered, and independent girls.

Even though these are ficticious characters, I would much rather have our youth look up to these girls than a insecure young woman in an abusive relationship because chances are, they’ll face an obsessive boy a lot sooner than they will a government-sanctioned-human-sacrifice-fighting-pit (ala The Hunger Games) and when they do, I want them to draw on the experiences of characters like Hermione and Katniss, not Isabella Swan.