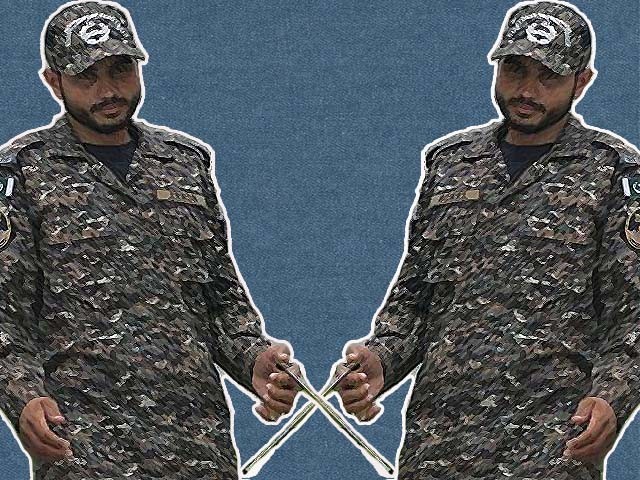 If you’ve ever been to an airport in Pakistan, you have probably come across a security official gingerly walking past your car with an antenna-equipped device. This device is supposedly a state-of-the-art bomb detector named ‘Khoji’, which is being manufactured by our very own Airport Security Force (ASF). Theoretically, the antenna of the bomb detector should swivel towards your car if you’ve decided to greet your incoming family member or loved one with a garland of grenades instead of flowers. In simple terms, the antenna is supposed to swing towards any object that contains explosives. Or so we are told.

Unfortunately, our locally produced, ‘state-of-the-art’ bomb detectors are absolute frauds. There is no scientific basis for their efficacy and yet, they are being sold at Rs 70,000 per unit to various security companies. People are essentially paying approximately $700 for a metal rod attached to a lump of plastic. In the words of Donald Trump, this has to be one of the worst deals in the history of deals.

Admittedly, my attempt at humor may have bombed, but it only adds to the long list of bombs that Khoji has failed to detect. Jokes apart, let us try to trace the origins of this so-called ‘technological wonder’ in order to ascertain why this sham has lasted so long and continues to do so in a country that has been plagued by terrorist attacks for the better part of the last two decades.

This antenna based contraption began as a golf ball detector by the name of the Gopher and would point towards your lost golf ball out on the course. Apparently, it was “programmed to detect the elements found in all golf balls.” However, we can perhaps go back even further and trace Khoji’s origins to divining rods which were believed to be powered by one’s spirit and could guide the user to any object that they were finding, so long as their spirit was effectively powering the rods.
As the name suggests, the rods required divine intervention to work which actually makes a lot of sense, considering the only way Khoji will ever detect a bomb is if there is sizeable divine intervention.

Many attempts were made to pass off the Gopher as a bomb detector. The first came in the form of Quadro in the United States of America which was advertised as a detector for all types of contraband, but was promptly banned by the Federal Bureau of Investigation (FBI) in 1996. However, much like an annoying pimple that simply refuses to go away, this device kept resurfacing in one form or another.

More recently, it popped up in the form of the ADE-651. It was sold by James McCormick, an English businessman, who was jailed in 2013 after being convicted for fraud. He sold approximately 50 million pounds worth of fake bomb detectors to countries such as Iraq and Pakistan.

Our very own Airport Security Farce, apologies, I mean force, began producing these two bit metal rods in 2009 and continues to do so till today. As mentioned above, they are making an absolute killing at Rs 70,000 per unit. It is clear that the attack on Karachi International Airport in 2014 has not jolted the ASF out of their greedy slumber and they continue to perpetrate this fraud for their own monetary benefit. Unfortunately, they have managed to fool everyone regarding the performance of these so-called devices, none more so than our very own Sindh High Court who disposed of a plea against these fraudulent bomb detectors.

It was interesting, somewhat amusing, but primarily disappointing to see the court asking the petitioner to provide an alternate bomb detection solution. The question at hand was the efficacy of the Khoji, not what is the alternative to the device. It is apparent that Khoji does not work and is actively putting the lives of thousands at risk on a daily basis. The ASF, in my eyes, stands accused of not only criminal negligence, but also corruption, seeing as how it earns a ridiculous amount of money by producing a device which at most, costs a few hundred rupees to make. The world has switched to sniffer dogs which are far more effective at locating contraband and explosives. Yet, here we are, metal rod in hand, hoping that it swings when someone tries to sneak in a copious amount of explosives.