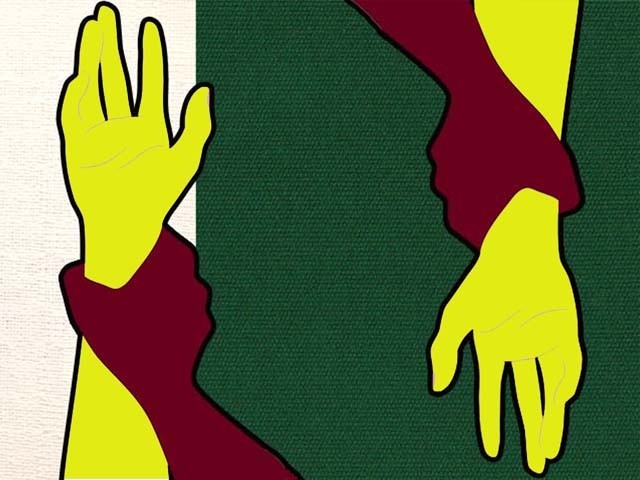 This article is part of a series which will try to answer several questions surrounding the law on sexual harassment in Pakistan. The aim is to allow people to understand what the legal regime on this issue is, how it works, and what needs to change. Read part one here and part two here.

The main components of the 2010 Act allow for any man or woman who has been sexually harassed at the workplace to file a complaint through one of two routes. The first is to file a complaint before an inquiry committee at their workplace. The 2010 Act makes it mandatory for every ‘organisation’ to constitute an inquiry committee which may hold investigations into allegations of sexual harassment. For the purposes of the 2010 Act, an organisation is defined as:

““organisation” means a Federal or Provincial Government Ministry, Division or department, a corporation or any autonomous or semi-autonomous body, Educational Institutes, Medical facilities established or controlled by the Federal or Provincial Government or District Government or registered civil society associations or privately managed a commercial or an industrial establishment or institution, a company as defined in the Companies Ordinance, 1984 (XLVII of 1984) and includes any other registered private sector organisation or institution.”

Therefore, if a place of work falls within this definition it is mandatory upon it to constitute an inquiry committee under the law.

The 2010 Act empowers the committee to penalise whoever is accused of sexual harassment. The penalties may be minor or major. Minor penalties include censure and withholding promotion, while major penalties include dismissal from service and a fine which may be used to compensate the victim.

The second route through which a complaint of sexual harassment can be filed is to approach the relevant Ombudsperson appointed by the federal or provincial government. The Ombudsperson serves as an independent adjudicator over the dispute and has the same penalty powers as the inquiry committee. The choice of forum is entirely up to the complainant.

This gives an overview of the basic framework of the 2010 Act. However, there are certain requirements that must be met before a complaint of sexual harassment can be filed under this legislation. First, the sexual harassment must occur at a ‘workplace.’ The Act defines the ‘workplace’ in broad terms as the following:

““workplace” means the place of work or the premises where an organisation or employer operates and includes building, factory, open area or a larger geographical area where the activities of the organisation or of employer are carried out and includes any situation that is linked to official work or official activity outside the office.”

Second, the complainant and the accused must either be ‘employees’ at the same workplace, or, be in a ‘employer-employee’ relationship. The term ‘employee’ and ‘employer’ are defined as:

““employee” means a regular or contractual employee whether employed on daily, weekly, monthly or hourly basis, and includes an intern or an apprentice.”

““employer” in relation to an organisation, means any person or body of persons whether incorporated or not, who or which employs workers in an organisation under a contract of employment or in any other manner whosoever…”

If these conditions are fulfilled, then, an inquiry committee or Ombudsperson can adjudicate over the claim of sexual harassment under the 2010 Act.

However, there are a few problems with the law as it stands that must be debated and acknowledged.

As I have already explained, whether or not a victim of harassment is an ‘employee’ is a key issue that will determine whether a claim can be adjudicated under the 2010 Act. Now, a salaried individual working in a company is obviously a black and white case of an ‘employee.’ But what about, as in Meesha Shafi’s case, people who are hired on an informal basis to provide certain services? Usually referred to as ‘independent contractors.’ Or better yet, people who have no contracts at all – like domestic workers?

With regards to ‘independent contractors’ the Lahore High Court has held in Meesha’s case that they do not fall within the definition of an ‘employee.’ This formed the basis upon which the court dismissed Meesha’s claim. It did not give any finding on the merits of her claim against Ali Zafar. An appeal against this judgment has been filed before the Supreme Court, but until that appeal is heard, the Lahore High Court’s decision is where the law stands.

While I will not comment on the technical legal aspects of the Lahore High Court judgment until the Supreme Court gives its verdict, however, if the Lahore High Court judgment is accepted as correct, then, this means that the 2010 Act excludes independent contractors from its protection. Even though they are just as vulnerable to being harassed – or in a position to be harassed – because of their work.

Consider an example. Suppose someone hires an interior decorator for their home. The service provider comes to the client’s house and is sexually harassed there. For the interior decorator, the client’s house is their workplace. They had to go there because of the nature of their work. To exclude such people from the ambit of the 2010 Act makes its scope of operation very narrow. It would operate only in the case of salaried employees working in corporations or government offices. This would mean that the 2010 Act is out of touch with how many people earn a livelihood in the modern age.

Furthermore, if the Lahore High Court judgment is correct it would mean that domestic workers cannot avail the protection of the 2010 Act. There is no arguing that other people’s homes are the ‘workplace’ for these individuals, yet, the Lahore High Court has interpreted the term ‘employer’ to mean only an employer in a corporate organisation, or, a government office. The home is completely excluded under this interpretation.

It seems that the legislative intent behind the 2010 Act was different than what the Lahore High Court concluded. In cases of doubt, where the words of a legislation are not clear, it is sometimes essential to look at what those who were drafting the law intended. The Parliamentary debates during the passage of the 2010 Act have a passage by member of the National Assembly, Ishrat Ashraf, where she talks specifically about how rural women working in farms are sexually harassed and must be protected by the 2010 Act. Furthermore, Dr Atiya Inayatullah speaks about how more than 90% of domestic workers are sexually abused in Pakistan, and therefore, the law must protect them.

The legislative debates seem to display a different intent behind the 2010 Act then the one adopted by the Lahore High Court. Parliament did not seem keen to exclude independent contractors and domestic workers from the ambit of the law. Either the Supreme Court of Pakistan must weigh these factors, or, the law must be amended to clarify its scope.