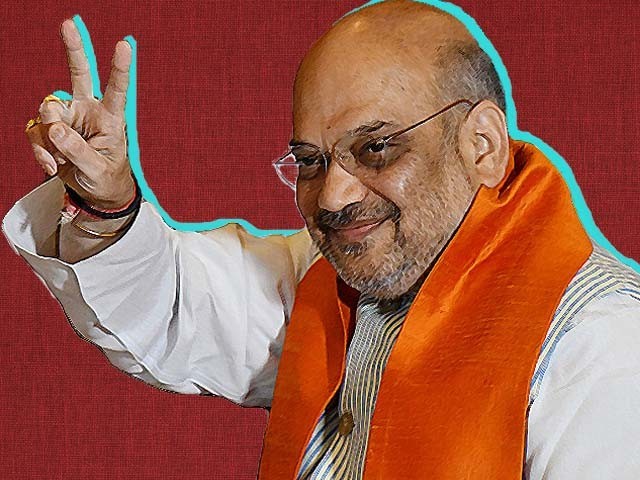 When a government considers itself to be the sole arbiter of a nation’s destiny then it has become a prisoner of its own hubris. At the time of his reelection in May, there was hope that the renewed mandate of Narendra Modi and his regime could perhaps usher in some positive change in India and South Asia. But that was not to be. The bloated ego of the Bharatiya Janata Party (BJP) has strengthened the belief in the party that its agenda is far more important than the aspirations of the people. The abrogation of Article 370  was part of the agenda of the Hindu right-wing party and had nothing to do with the needs of the people of the country. In a similar vein, the Citizenship Amendment Bill (CAB), which was passed by the Indian parliament today, is emblematic of a party which wants to alter the secular character of the democratic nation.

The bill aims to fast-track the Indian citizenship process for the following religious minorities – Hindus, Sikhs, Christians, Parsis, Jains and Buddhists – from Bangladesh, Pakistan and Afghanistan. Evidently, Muslims are the glaring omission from this list. But if persecution is the criteria then why take into consideration the religion of those who are persecuted? It appears that for the first time in the history of independent India religion has become a basis for citizenship.

India witnessed a large exodus of Hindus from Bangladesh in the 1970s, but after that there was no such large scale migration except individual cases of people crossing the border because of domestic political tensions. The idea of CAB started to gain currency at the time when the north eastern state of Assam was passing through the process of setting up a National Register of Citizens (NRC), which was an exercise to identify illegal Bangladeshi citizens in Assam. The state had witnessed violent agitation in the 1980s on the issue, and an accord was signed in 1985 that introduced the NRC in Assam; under which anyone who came to the state after March 25, 1971 would be declared to be an illegal resident. The exercise was meant to be bipartisan and non-discriminatory.

Before the NRC started there was widespread propaganda that at least 5-6 million people, mostly Muslims, were living illegally in Assam. However, as the NRC exercise progressed and when the final draft was released on August 31st, divisive politics had taken over the whole process. The BJP government converted the NRC into an exercise aimed at excluding as many Muslims from the final draft as possible. However, many Bengali Hindus, along with Muslims, were part of the over 1.9 million people left out of the final draft of the NRC. But the exclusion of such a large chunk of Hindus was not part of the plan.

This is not what the BJP had wanted from the NRC. Bengali Hindus, who have voted en masse for the BJP in the last assembly elections in 2016 and had helped in forming the first ever BJP government in the biggest North Eastern state, were the biggest losers of the NRC. In light of this debacle, CAB was seen as an instrument aimed at saving the core Hindu voters of the BJP and polarising the masses across India in the name of religion. Immediately after the publication of the Assam NRC, the BJP started debunking the whole exercise and termed it faulty. Within a few months, Home Minister Amit Shah announced that the NRC would be implemented in the whole nation and Assam would go through one more round of the citizenship exercise.

If you read CAB along with the NRC, the larger design of the Modi regime becomes clear, and it has already started to bear fruit. The purpose of the entire exercise is to corner Muslims and establish Hindu nationalism as the prime motivating factor guiding this multi religious and multi-cultural nation. For Muslims left out of the NRC exercise there will be no saviour in the form of CAB since they will now have to face disenfranchisement. The Assamese voted for the BJP with the hope that it would genuinely address the issue of illegal migration, but now the state is in turmoil because they feel that there should not be any state discrimination when identifying illegal migrants. They feel that their sub nationalism stands diluted with the passing of the new citizenship bill. Demonstrators display placards during a protest against the Citizenship Amendment Bill. Photo: Reuters

This presents Indian Muslims with an existential crisis. Talk to any Muslim, poor or rich, literate of illiterate, all of them are cornered. Their anxiety has never been as pronounced as it is today. Under the Modi regime they have already been facing political and social marginalisation, and now CAB is a direct threat for them too. A democratic society which keeps 14% of its population on tenterhooks cannot possibly consider itself to be a modern and developed nation. The BJP and its patron the Rastriya Swayamsevak Sangh (RSS), the behemoth of the Hindu fanatical ideology, are taking revenge against India for the decades of secularism which have largely defined the nation. Modi’s pet slogan “Sabka saath, sabka vikas, sabka vishwas” (Together with all, development for all and trust of all) sounds absurd in the present political climate.

The immediate political aim for the BJP is to win over West Bengal, the biggest state in East India, by implementing CAB. The party hopes that increasing religious polarisation in the state will help give BJP the votes required in the assembly elections next year. Hence, Muslims in India are bracing themselves for a long battle. Already the community is regrouping and trying to help each other prepare the documents needed to prove their Indian citizenship.

With the economy facing the worst crisis since 1991, such divisive politics help divert attention away from the main issues harming the country. Modi came to power in 2014 on the popular promise of development, yet he no longer utters this word. With each passing day the BJP is showing it is not concerned about bridging the fault lines present in society and is instead trying to create more divisions in the country. CAB gives legitimacy to such divisive politics and it keeps the pot of religious communalism burning so that the Modi regime can reap future political dividends. Had the BJP been truly serious about helping persecuted minorities from neighbouring countries it could have chosen a less contentious route to achieve those aims. Although a section in India believes that the Supreme Court can intervene in the matter and set aside the bill, the recent judgments by the apex court do not inspire confidence. Delay tactics on the issue of democracy and political liberty in Kashmir further dent our trust in the system.

This a political and ideological battle which has to be fought on the ground. It is now the duty of the political and social forces in India to mobilise the masses and tell them the danger of having a republic based on a majoritarian ideology. The BJP wants to redefine the idea of India, but this must be challenged through political and social mobilisation. India needs to rid itself of such divisive politics because a majoritarian India will tear apart the fabric of the nation.