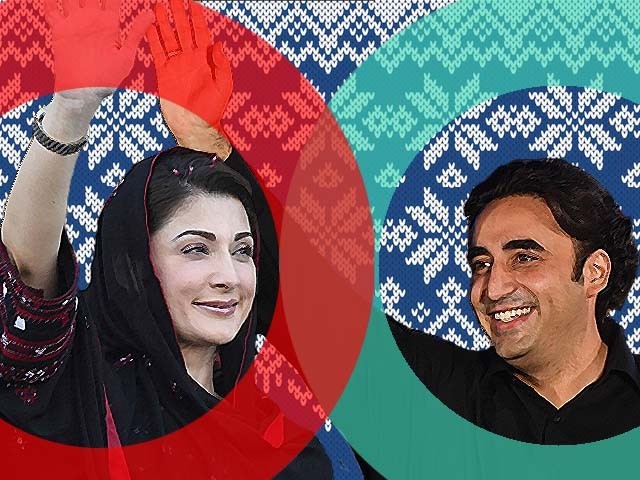 Strong electoral competition is imperative for a functioning democracy and it only increases if every individual has an equal right to contest and participate in politics. Theoretically and constitutionally, this right exists for every citizen, however, practically, this may not be the case. Among other socio-economic and political factors, the presence of dynasties in politics serves as an impediment in the quest for increased electoral competition. Political dynasties undermine the right of an individual to contest in an election on equal footing with other candidates. Dynastic politics is palpable across sectors, strata, and classes in rural and urban Pakistan. Dynasties yield unequal distribution of political power in democracies.

Political dynasties pave the way for politics of exclusion, hence contradicting the fundamental notion of democracy being an open market where everyone and anyone can participate. Dynastic politics is consolidated through a number of factors including political background, family lineage and consecutive wins in successive elections. Such dynasties exist everywhere in the world regardless of the political system and the undercurrents of the existing political rule. Statistics indicate that the percentage of such dynasties occupying political offices in the Philippines is more than in any other country in the world, i.e. 60%. The numbers in other countries are: Pakistan–52%, India–29%, Japan–27%, America–6.2%, and Canada–3%. As noted in the May, 2013 issue of Herald, 597 families have monopolised the political scene in Pakistan since the 1970s. This inequality cannot be justified in a democracy which is meant to create equal opportunities regardless of one’s familial and political background. Such dynasties have dire implications for political and economic institutions.

Research shows that the prevalence of such dynasties reduces the legitimacy of a government, impacts the quality of government policies, promotes patronage and corruption and endures negative consequences through the selection effect. The available scholarship on political dynasties suggests that the term refers to a self-perpetuation in politics which enables an individual to stay in office for a longer period of time. Existing research reveals that dynasties bring more resources but lead to a lower economic performance, lower GDP per capita and higher crime rates. Furthermore, literature on the topic suggests that political dynasties  have a lower parliamentary attendance ratio, less formal education, and fewer development funds.

We conducted our own empirical research, complied in a paper titled ‘Political Dynasties and Political Competition in Pakistan’, which aims to underscore the impact of dynasties on constituency politics in Pakistan. The fundamental research question is: does dynastic persistence impact political competition in Pakistan? Constituency level data was utilised from the 2002, 2008, and 2013 elections to find the relationship between dynastic presence and electoral competition in Pakistan. The research encompassed both national and provincial constituencies of Pakistan. In this study, we developed three measures to gauge political competition by utilising the comprehensive data provided by the Election Commission of Pakistan (ECP) about the elections for both national and provincial assemblies along different dimensions including: the number of candidates, the vote share of each candidate, and their party affiliations since 1970. The measures of political competition are broadly categorised as pre-election proxies (such as the number of candidates), and post-election proxies (such as vote share and vote margin).

The study further finds that constituencies with dynastic persistence have a lower number of contesting candidates as compared to constituencies without political dynasties. In terms of magnitude, if one extra candidate from a dynastic background contests in an election, it decreases the entry of two candidates in the electoral politics. This means that dynastic persistence acts as a deterrent in the election market since, on average, the presence of a dynastic candidate decreases the chances of selection of a non-dynastic candidate. The opportunity cost is also high because apart from the filing cost, a considerable amount needs to spent by these candidates on campaigning when competing against an established family name. This cost-benefit calculation decreases the likelihood of someone not belonging to a political dynasty running in the election.

In light of this, the presence and persistence of political dynasties in democratic nations has raised many questions regarding the efficacy of the democratic system. Political dynasties serve as a non-institutional barrier to candidacy in elections since they not only raises the opportunity cost of contesting the elections for non-dynastic candidates but they can also potentially disincentivise dynastic politicians from working efficiently, given their electoral advantage due to the family name. This is precisely why the dynastic politics undermines political competition in Pakistan at large.

The writer is an assistant professor of economics at the Quaid-i-Azam University Islamabad. He tweets @faiz_economist (twitter.com/faiz_economist)