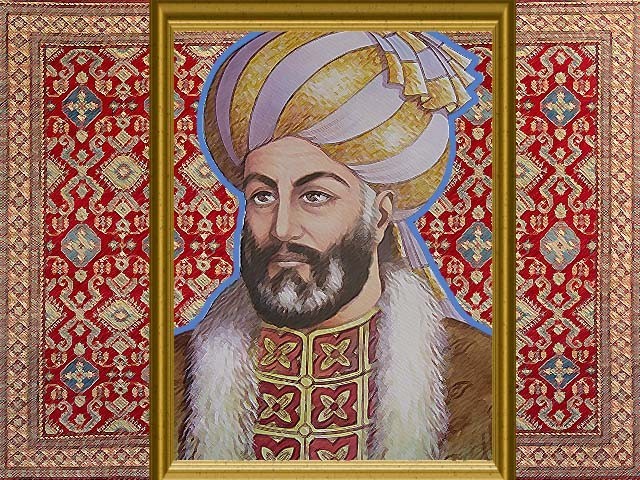 Today Panipat is a bustling city in Haryana state, but on January 14, 1761 it was the site of an epic battle — known as the Third Battle of Panipat — between Ahmad Shah Durrani (also known as Ahmad Shah Abdali) and the commander of the Maratha army Sadashiv Rao Bhau. The battle has been referenced, albeit usually inaccurately, by Hindu extremists to play the victim card, and to drive the wedge between Hindus and Muslims. Lately, the Bollywood film ‘Panipat: The Great Betrayal’ has also drawn a great deal of attention to Durrani, whom many in Afghanistan and Pakistan — the two successor states to the Durrani Empire — claim is being misrepresented in the film. The claims are not unsubstantiated. For instance, contrary to hard historical facts, the film portrays Durrani — who was a 39-year-old handsome man at Panipat in 1761 — as a merciless and vicious bald, old man up against a ‘benevolent’, muscular, young Bhau.

That being said, the intent here is not to critique the film. Instead, this piece will present five important issues, which have either been distorted intentionally (by Durrani’s opponents) or misunderstood generally (by Durrani’s supporters), related to Durrani and the Third Battle of Panipat.

The nation state and warfare in 18th century South-Central Asia

In Durrani’s day, the Westphalian concept of nation state with fixed, inviolable borders was still alien in our region. Borders between empires and kingdoms were fluid, and could shift in any direction based on one’s ability to conquer and hold territory. Durrani followed this principle; but so did his contemporaries, including the Marathas. That’s a reason why they clashed at Panipat. Consequently, it is imprudent to conclude that at Panipat the Marathas were representing present-day India, and Durrani and his north Indian Muslim allies were representing present-day Afghanistan and Pakistan. This is a factually and historically flawed narrative, because neither Durrani’s kingdom nor the Marathas’ confederacy was a nation-state.

Secondly, judging 18th century events and those involved in them by 21st century (human rights) standards is inadvisable. Durrani conducted his Indian campaigns, including the Panipat one, in line with the unwritten rules of war in the eighteenth century. At the time, it was common during warfare to take booty and slaves (and sometimes lay waste to your enemy’s city or town), should you defeat your opponent. For instance, the Marathas’ sacking of Kunjpura, where they looted the town and slaughtered its inhabitants, in 1760 is an indication of what could have happened to Durrani’s men had they been defeated at Panipat. Now that the Marathas got defeated, their supporters unjustly accuse Durrani and his supporters of foul play.

In 1757-58, the Marathas, from south-central India, invaded northern India and parts of the Durrani Empire. They captured Peshawar, and deployed troops at Attock, Multan, and Lahore — in addition to other locations on the way to, and around, Delhi. Fair enough from a purely military perspective, but there would be one major problem (perhaps an unintended consequence by today’s parlance): although the Marathas had intended to rid northern India of Durrani’s influence, their very presence in northern India prompted Durrani to return to India. Invited by north Indians, Durrani invaded northern India for a fifth time in late 1759 to restore order and reinstate his influence. The invasion would include a fateful military encounter with the Marathas at Panipat.

When finally the Afghans and Marathas met at Panipat, neither side was on their home turf (the only exception was the north Indian Muslims, who were fighting against the invading Maratha forces on their home turf). It’s a popular misconception, contrary to historical facts, that the Marathas were fighting the ‘invading king of Afghanistan’ at Panipat to ‘liberate’ India. Ironically, when the Marathas invaded northern India, Durrani wasn’t even in India. Actually, he came to northern India to evict the Marathas. The Marathas, who had come all the way from south-central India, were as much ‘foreigners’ in northern India as the trans-Indus Afghans.

The impact of regional dynamics on Ahmad Shah Durrani

Durrani founded his kingdom at a time when Saffavid Persia had already fallen and Mughal India was on a rapid decline. Additionally, Durrani received large sums of ‘tax’ money from the Punjab, Multan (which was a separate province from Punjab at the time and ruled by Durrani’s fellow Sadozai tribesmen), and Kashmir. Durrani seemed to believe offense was the best defense. He could neither allow any instability in the above named provinces, nor the rise of a competing power to challenge his hegemony. When the Marathas captured Peshawar and Lahore, Durrani was left with no choice but to attempt to drive the Marathas back to south-central India.

The emergence of a competing centre of power on the Durrani Empire’s eastern or southern border would not only send it into an economic depression, but also threaten its stability and survival. Durrani, therefore, would not allow the rise of a competing power at any cost, including having to invade India (multiple times). Durrani’s fears would materialise posthumously with the rise of Ranjit Singh in the Punjab three decades after the former’s death. After establishing himself in the Punjab, Ranjit Singh captured Peshawar, Multan, and Kashmir from the already-fragmented Durrani Empire, thus dealing its economy and prestige a mortal blow.

The role of religion

There’s evidence that some Indian Muslims, on religious grounds, sought Durrani’s assistance against the Hindus. For instance, in the late 1750s when the Marathas were swarming into the Delhi area, Shah Waliullah Dehlavi — India’s prominent eighteenth century Muslim scholar — corresponded with Durrani calling on him to embark on a jihad in defense of India’s Muslims and break the power of the ‘infidel’ Marathas and Jats.[1] True, but that’s only part of the story. The whole story is that, in addition to Indian Muslims, the Rajput Hindu rulers of Jaipur and Marwar — in present-day Rajasthan — also sought Durrani’s assistance against their fellow Maratha Hindus.[2] But the Hindu nationalists won’t tell you this.

Although for practical reasons Durrani may have had to give his military campaign a slightly religious touch — as his religious, conservative subjects would have found it easier to fight for a religious cause — but during combat he fought both Muslims and Hindus without distinction. There was a Muslim contingent of about ten thousand men, in the Maratha camp, led by a Pashtun Muslim general named Ibrahim Khan Gardi, who also commanded the Marathas’ left wing on the fateful day of January 14, 1761. Gardi fought bravely against Durrani and managed to survive the battle, but afterward he was captured and executed by Afghans and their allies.

On a side note: Durrani did not initiate the persecution of the Sikhs. The Sikhs had been persecuted by the Mughals for decades. In fact, the Sikhs’ own anti-Durrani posture — wanting independence in the strategically located Punjab province, harassing Durrani’s troops through guerrilla warfare, and cooperating with the Marathas — made their precarious condition even worse. Because of their own belligerence, the Sikhs earned Durrani’s wrath on numerous occasions.

Stand-off between Durrani and Bhau at Panipat

The Third Battle of Panipat was preceded by a two-month long stand-off between Durrani and Bhau. It was a struggle in which the wills and determinations of both the leaders, and their followers, would be tested. The two armies came face to face at Panipat in November 1760, but neither dared to attack the other.

During the stand-off, however, Durrani carried out a careful surveillance of the Marathas. While keeping a constant eye on them, Durrani harassed the Marathas’ flanks and deprived them of essential supplies, which led to severe rationing in the Maratha camp. It was under, and because of, such unfavorable conditions that on January 13, 1761, the Marathas decided to attack the Afghans the next day; dying in combat was preferred over dying of hunger.

Durrani’s two-month long stand-off with the Marathas stands in stark contrast to fictitious stories among some Pashtuns. Time and again I’ve heard from friends and relatives that Durrani didn’t pay much attention to planning, and solely relied on his military prowess and luck. While luck certainly was on Durrani’s side at Panipat, he was only lucky because he had planned his battle carefully, by running a network of spies, and waited for the Marathas to make a mistake so he could capitalise on it. Had he simply relied on his military prowess and luck alone, he would have attacked the Marathas in November 1760, instead of waiting for two months.

In short, Durrani was a pragmatic ruler of a newly founded multi-tribal kingdom in mid-18th century South-Central Asia. He was a ‘product’ of his time, and represented his kingdom and its interests — like other rulers at the time. It is in this context only that the Third Battle of Panipat (and his invasions of India in general) will make sense.

[1] See Saiyid Athar Abbas Rizvi’s Shah Wali-Allah And His Times for a detailed account of his letter to Durrani.

The writer is a former adviser to the Parwan governor in Afghanistan. He has a master’s degree in politics and security studies with a focus on Afghanistan and Central Asia from the OSCE Academy in Bishkek, and another master’s degree in international affairs from Texas A&M University’s George Bush School of Government and Public Service in Texas. He has written for Dawn, the Express Tribune, Forbes, the National Interest, BBC Persian, and the Diplomat, among others. He can be reached at [email protected].