Living in fear of dying 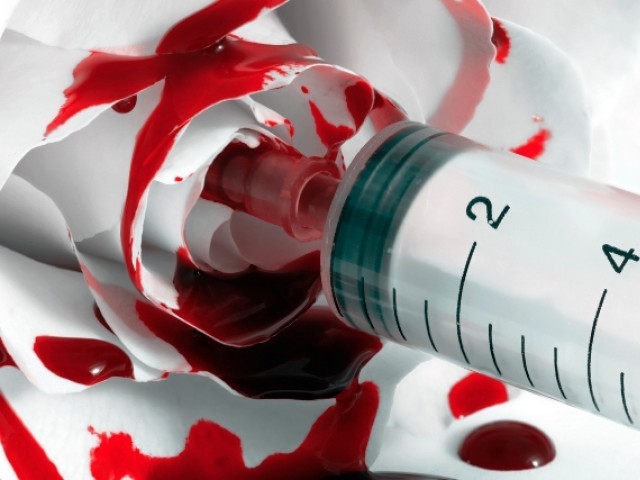 The commonest mode of transmission of hepatitis C in healthcare workers is getting pricked by an infected needle.

I wait restlessly in the Sind laboratory for my test results, pacing back and forth. Palms sweaty, stomach churning, I walk nervously to the receptionist. She looks at me emphatically and asks me to wait ten more minutes. I scowl at her and curse her under my breath, wondering in disbelief how could she make go through this agonizing delay.

I sit down and stare at the clock completely transfixed, watching each second tick by. At every name that gets called, my heart catches, beating faster, almost synchronizing itself with the tick tock of the clock.

I just want to know now. I will come to terms with it, whatever it turns out to be, well at least that’s what I tell myself every time I come here. This is every three to six months. And that’s how it will be for me for the rest of my life. Unless, the test comes out positive, in which case, it will be the end of it – the end of my life…

Hepatitis C is a fatal disease. It’s a disease that is as dangerous as cancer. The unfortunate ones who acquire it are doomed to the most excruciating and depressing death. The most fearful part is how common and prevalent this disease has now become, with over 180 million people suffering from it today.

My mind drifts to how it all began…

About a year ago, I was working as an intern at the Civil Hospital in Karachi. As a new intern, I expected some form of guidance before I was set to draw blood from patients. Instead, I was handed  a piece of paper by a senior, ordering me what labs to run and on whom.

It was my first on-call duty. With jittery hands, I put on gloves and feigned a confident look.

The patients I was assigned mostly suffered from hepatitis B or C. After watching closely how my fellow interns worked, I set out to begin my task. I approached my first patient, and picked up the file that read ‘Hepatitis C +ve’ in bold on top. One look at him and fear gripped me. Lying there unconscious, was a man whose hands and feet were tied with a rope to the bed. After every few minutes, he would struggle violently, and utter a sting of profane words. This is how a patient with end-stage liver disease behaves, when he suffers mental impairment along with liver damage, medically known as hepatic encephalopathy.

I took in a deep breath and stepped forward. The patient’s attendant, recognizing the frozen look of terror on my face, told me not to worry. He said that he would hold the patient’s hand very still while I attempted to withdraw blood. I gave him a grateful look and ripped the syringe out of its wrapping. Finding a nice vein, I proceeded confidently. With the needle halfway in and blood filling nicely I felt victorious. But my victory was short-lived.

Suddenly, with all his strength, the patient jerked up violently and started abusing. The needle flew right out of his vein and as if in slow-motion, I watched with horror as it pricked me right in the finger.

I froze. Trying not to falter, I pulled it out and watched droplets of blood soak my hand. Panic-stricken, I rushed  to the senior doctor on-call.

With my voice quivering, I explained to him what had happened. However, I was taken aback to see how nonchalantly he reacted. He calmly told me how common this was amongst interns and very casually added that even he had been pricked four to five times.

Since hepatitis C is a chronic disease, the symptoms rarely ever present themselves before ten to fifteen years of having acquired the disease, and by that time, it usually has progressed quite far. Around 80% of those infected with hepatitis C go on to develop the chronic stage. Out of those, 20-30% develop cirrhosis.

All that I could do now, he told me, was to get myself tested every three to six months for the rest of my life, for symptoms can present at any given time. The worst part is that no vaccine exists for hepatitis C.

As I headed back later to check on my patients, I saw the same patient spit up a large amount of blood, red specks splattering everywhere.

Within a month of this incident, most of my friends had been pricked while running labs. This is especially common in government set-ups where no proper training is given and yet you are expected to get the job done. Sadly, there’s not much one can do as even if one is wearing gloves, the needle still pierces right through. This is the commonest mode of transmission of hepatitis C in healthcare workers.

My thoughts are distracted by a shrill voice calling out my name as I recall my first day of work.

“Ms Sanaa, your report is ready.”

I stand up, knees shaking. With butterflies in my stomach, I walk weakly. Could this be it? The image of that patient flashes before my eyes. That could be me, I thought. Holding my breath, I open the envelope and let out a sigh of relief.

That could really be me, but not today, not right now… I walk out relieved.

Six months later I am back here again and the same anxiety replays.

A doctor who graduated from Dow Medical College, and is about to start her residency. Sanaa is also a music and poetry lover.