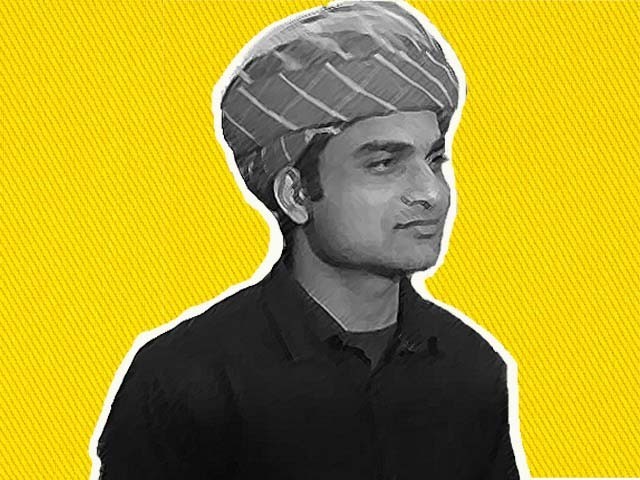 India has quite a few institutes which teach Sanskrit, and often times interested people from different parts of the world attend classes to learn the ancient language. In the 19th century, German Max Mueller learnt Sanskrit and translated the ancient Vedic texts into English and other languages. He was a great scholar of Sanskrit at a time when the world was not exposed to India the way it is now. His translation of the Indian ancient texts helped ensure that the world had access to India’s philosophical and cultural treasures. This cultural exchange has been part of the civilisational history of South Asia, and the Indian subcontinent has always been a melting pot where diversity was always a defining feature. Ultimately, a language does not fall under the domain of any particular religion. Languages must be the collective property of the human race since they all serve as catalogues of the human experience. But India, the progeny of that past, presents a study in contrast now. The country seems to be in reverse gear today, standing for that which is regressive and that which negates the glorious past of the subcontinent. The Firoz Khan matter is only further proof of this.

Recently, a section of the student body of Banaras Hindu University (BHU), in the eastern Indian city of Varanasi, protested against the appointment of a Muslim professor, Khan, in the Sanskrit department. Khan, who has has done his PhD in Sanskrit and inherited an interest in the language from his father, was chosen to be an assistant professor in the Sanskrit department at one of the oldest universities in India on his own merit. Yet, given the protests, Khan is yet to give a lecture at the university.

On November 7th, just two days after Khan took up the position at BHU, a right-wing student organisation, the Akhil Bharatiya Vidyarthi Parishad, called for him to be removed from his post and transferred to another department. They have been protesting against his appointment on the grounds that Khan is a Muslim and he cannot do justice to a language associated with Hinduism. It has been argued that as a Muslim he is not fit to utter the slokas or comment on the rituals and other religious practices associated with the language. Furthermore, it is worth keeping in mind that the Akhil Bharatiya Vidyarthi Parishad is the student wing of the Bhartiya Janata Party (BJP) and that the university comes under the parliamentary constituency of Prime Minister Narendra Modi.

It is hard to think of another point in time in the history of independent India where there has been such a blatant campaign against knowledge and scholarship. The current situation illustrates how much of the religious polarisation which has come to define politics is now shaping the lives of ordinary people in the country.

Although the university is standing by the Muslim scholar and has issued a statement saying that Khan would not be removed from his post, it has been reported that the associate professor chose to leave the university and return home till the protests die down. However, his current whereabouts are still unknown. But the inability of the university to take a tougher stand against the hateful demands of some students presents a unique situation where the university is showing deference to students steeped in ignorance and parochial views.

On the other hand, the ruling BJP led government in Delhi is acting tough against the genuine demands of the students who have been protesting against a steep fee hike in Jawaharlal Nehru University (JNU), with the police using all kinds brutal tactics to dissuade students from participating in the strike. Yet the same BJP administration is showing great leniency when confronted with the unreasonable demands of some narrow minded students at BHU.

The problem is that India is passing through a phase where the ruling establishment, media and various institutions are demonstrating a naked bias towards the Muslim community in the country. This environment is vitiating young minds, prompting them to make a religious issue out of many non-issues. Thus, the politics of the BJP is creating boundaries and barriers between communities and groups, with new fault lines being created every day. In this atmosphere, language has become the prisoner of religion. The way things are going, one would not be surprised if the demand is made to restrict the usage of Hindi only for Hindus, and Urdu only for Muslims. What kind of country are we becoming?

India’s greatness has always resided in the diversity and plurality of the people who inhabit it. As a country which wants to emerge as a leading voice in the international arena, India today oozes more negativity than hope. With the rise of sectarian forces and individuals peddling a divisive agenda, it seems that India’s diversity narrative is losing its credibility. Khan should have been celebrated as a symbol of India’s diversity and multiculturalism, but instead he is being targeted for being a Muslim.