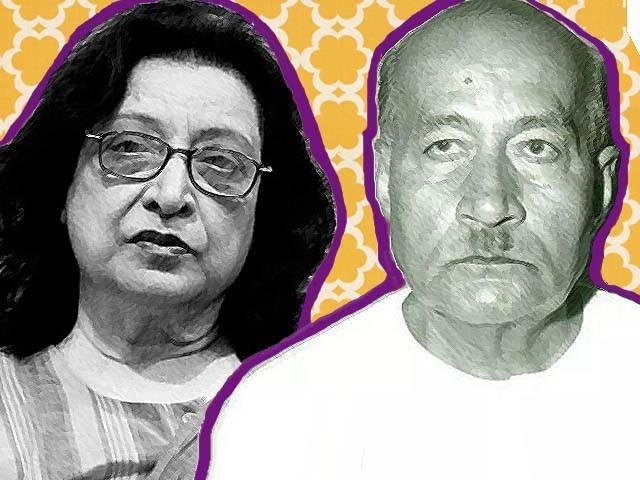 Today marks the 121st birthday of one of the finest Urdu poets of the 20th century, Josh Malihabadi. The year 2018-2019 is thus being marked as the 120th birthday of Josh. The last days of Josh were spent in an atmosphere reminiscent of the final years of the Chilean socialist poet Pablo Neruda; both passed away under their respective countries’ worst military dictatorships. The difference being that while no one was allowed to attend Neruda’s funeral, about a hundred-odd people did attend Josh’s funeral, led by the great socialist poet Faiz Ahmad Faiz.

Josh has been christened as the Shair-e-Inquilab, the Poet of Revolution; for others it was his misfortune to be born in the same age as Pakistan’s national poet Muhammad Iqbal and other peers like Firaq Gorakhpuri, Majnoon Gorakhpuri and Jigar Moradabadi, which led to a lack of critical attention towards his voluminous work, and outright censorship and persecution in Pakistan. This belated tribute to Josh by Fahmida Riaz, in a poem titled simply as Josh Malihabadi, forms part of her last poetry collection Tum Kabeer and is being presented here in original English translation in the hope that it will stimulate new, deserved interest in Josh’s life and works for the younger generations in the 21st century, and acquaint the uninitiated with the stormy life of one of the greatest benefactors of the Urdu language.

“When he came with a broken heart to the new land

He brought all the memories, values alongwith the luggage

The moist eyes of the poet had seen centuries melt

The known scene changed instantly, wonder how it felt

The mango gardens had that same fragrance, but there was no pleasure in living

What had one thought and what transpired, a deep wound in the bosom unbecoming

What game politics played, how much we lost in one move

We not only spoke Ganga-Jamuni, it too was the identity since centuries

The songs of freedom we sang, it was the life of songs verily

The spirit of the prince captive within this talking bird

When he had to flee the land, how well would Josh have fared

But in this new land indeed no one could recognize him

It had another map, which could not value him

If he was a blazing flame in the movement for freedom

Who would have cared here, it was a new time and a new direction

Everything upon which we felt proud, lost here its meaning

Those who acquired more, were considered fortunate

Those who inherited this land, were worse off

Than those who were their fellow-travellers, to prison who were carted off

Who indeed was there to value their passion and thought

Who could love them, put a healing hand much-sought

Alongwith kids big and small, like flowers of the familial lawn

That which we had loved all our life, the curses should forever last

The deaf among these classes were used to speaking fearlessly

What to talk of freedom to write, here thoughts were guarded endlessly

Stormy rain, thunder and lightning, and the tired sailor in the boat

So the life went, so the time was spent, days somehow spent like knaves

When the bond of restraint broke, when such speech issued

We became the target of arrows, stood accursed and subdued

This occurred towards the end of life, such loneliness he could not tolerate

When his life submitted to the Maker, the corpse caused the rulers to fear and hesitate

He sleeps silent in the grave, his funeral a silent affair

No one came to condole, everyone feared the secret informer

I remembered a forgotten tale, and memory is indeed fickle

This is the story of a poet, who got himself into quite a pickle.”