Why I let my children smoke 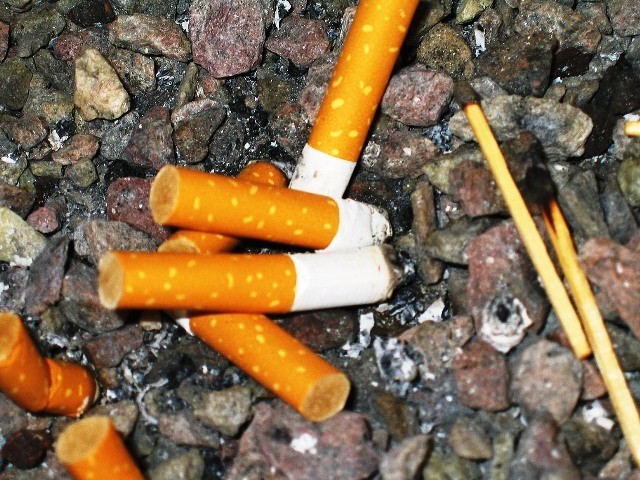 Forbidding children to smoke and drink will only drive them to it - it is the thrill of disobeying parents that amplifies the joy of rebellion.

My son stood squarely in front of me, his face red with accusation, teenage angst writ large all over it.

“Your whole reverse psychology business has made everything unexciting and boring for us. When my friends gather furtively behind an expansive leaf laden tree to share a smoke, I think to myself, big deal, I can do that at home too,”

He relayed to me accusingly.

“You were always enticing us with the choice of brands we should try, menthol or no menthol. At the same time telling us to make our own decisions and not be taken in by peer pressure.”

These and charges are often hurled in my direction and still are. In retrospect all I did was preempt a choice they would probably make outside the home, and in a hurry so as not to appear lame or scared or sharif – the biggest allegation. Anti-smoking campaigns are popular on the media and relate information on the deleterious effects of smoking on health. We have heard them state time and time again that not only is smoking damaging to all body systems but it increases anxiety, nervousness and concentration.

Yet, how many of us can truly say that we never tried a cigarette while growing up?

It’s all tied up with this hormone-induced desire to rebel and rejoice at hoodwinking the adult custodians of good behavior. However, when these adults give a message which says go ahead try it but in my presence or in the comfort of your own home’ it takes the excitement and feel-good factor out of it, and all you are left with is a stick of nicotine which doesn’t even taste that great and is no longer the symbol of freedom and joyful abandon.

“The system may be obsessed with purity but it excelled in defining the flavor of sin.”

I read this statement somewhere and it has stayed with me because it is reflective of the times we live in. Spiked Red Bulls and Benson & Hedges laced with cannabis; these are the fruits of prohibition in the land of the pure. Sure abusive substances should be made illegal and possession of them punishable by law. However, we remain essentially a society in transition. Trying to keep up with the Jones’s especially the ones who speak the King’s English, yet retaining an umbilical relation with this concept of the ummah and a Muslim fraternity.

Alcohol was available when we were growing up in the 70s and just by virtue of availability, it was not the substitute for water. Declared haraam in our religion those who abstained did so out of conviction not coercion. One wasn’t made to not drink it rather it was a judicious choice based on morality and not state policing. Since it was not prohibited those who did drink had regular, measured quantities after sun down and didn’t go crazy drinking as our youth does these days. I’m not an advocate of free living without consequences, but yes I do believe in exercising the right to choose -choose, decide and take responsibility for your decisions. Have the courage to be upfront and not a hypocrite.

It’s the same with smoking; if it’s bad for your lungs, it’s bad for your lungs – end of story. When my children entered their teens I told them that if they wanted to experiment with nicotine or even something stronger I would rather they do it under my roof than hidden and huddled in some dark corner of a café with a group of equally hormone crazed youngsters. I did this not to condone the act but to control it because the flavor of sin is always heightened with prohibition. I like to think of myself as a parent who is always breathing down the necks of my progeny and has always been there for them.

A friend with children whose age groups are similar to mine chastised me for being too friendly and pliable in motherhood. My explanation was that I want to know what they do even if I may disapprove, but I don’t want them to do it on the sly. She was of the opinion that a certain permissiveness can be mistaken for permission. I don’t agree. These children will become adults in the world we live in. they will be bombarded with temptation – emotional, social, cultural, physical etc. How will they be prepared to avert this onslaught if kept in a cocoon of isolation? Tempered doses of the world around them will hopefully give them a ‘been there, done that’ kind of grounding and make it easier to walk the tight rope that life has become for us so-called educated, semi-westernized South Asians.

Earlier this month there were reports of the mother of all prohibitions – our thoughts and words were to be scrutinized by none other than a government agency. It’s worse than the Gestapo – all they had to go on were rumors and here we have the ultimate incriminatory evidence, the written word. Apparently regular words like deeper, deposit, and devil have been laden with innuendo and were not be used. Dirty minds, dirty old men! Don’t be surprised if the morality brigade comes calling at your doorstep because you asked your husband to bring home latex rubber gloves – for dish washing. For now – happy texting!

A doctor who works in a postgraduate medical institute where doctors come for postgraduate training. Mariam is a teacher, a housewife and a mother who desires the Pakistan that Jinnah dreamed of.

Every day is Father’s Day

Botox, surgical revamping and the elixir of youth