Shahid Afridi is my neighbour 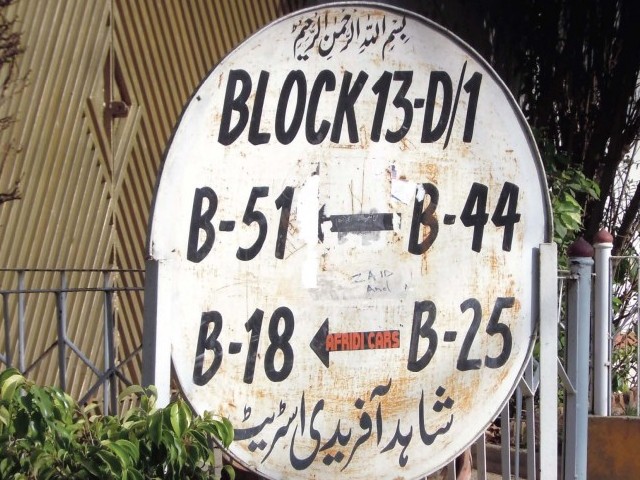 The Shahid Afridi Street has a celebration of its own every time the former captain performs for Pakistan. PHOTO: EXPRESS

I have a special bond with my house. It has nothing to do with nostalgia but simply because Shahid Afridi is my neighbour. I’m not quite sure if this affects property prices but just looking at the boy next door evolve into a champion and national captain gives me a lot of pride.

I remember my younger days – as a guest in Karachi – when I’d wait to play cricket in the afternoon when this new Pakistani opener used to interrupt the match and take us all for Maghrib prayers.

I went to the mosque because of him. When I moved to his street permanently, I finally realised the emotional connection the residents had with Afridi.

The chawkidar (guard) of Shahid Afridi street considers himself above all because of his job, a much longed-for placement in the guard’s fraternity.

The guard refuses to share his name or let me take his photo but allows his friend to hover around him just to catch a glimpse of Afridi.

The area is surrounded by two parks and while the older generation’s daily discussion ranges from politics to diet plans, Afridi is a topic they never miss, lauding his humility and still greeting them whenever he comes across them. The younger generation, simply, consider him an icon.

The phrase ‘I want to be like Afridi’ resonates most young hearts.

“He can hit the ball out of the ground and he prays five times a day in the mosque,” remained Fahim’s reason for following Afridi with eyes shut.

When Afridi’s father passed away, it was a moment of sorrow for the whole nation.

However, for the neighbours it was an opportunity to spend some time with him — some even boasted about meeting him in days to come. My father was one of those diehard fans who went to his place three times a day for three days and narrated how the star greeted him and thanked him every single time.

Closer to Eid, his cow remains the most-awaited cow. He takes out time to play street cricket with the kids, wearing slippers and bowling fast with a long run-up. In return, the street goes manic when he performs.

When he won us the 2009 World Twenty20 or when his all-round effort won Pakistan the match in Sharjah, most Pakistanis were proud of him. But the level of happiness bore no end on his street. The entire street would gather outside his house with Pakistani flags, shouting and chanting praise for the all-rounder.

At times, it turns into a shrine, summing up the love they have for him. His humility, in return, is an apt reward.

The author is the Life & Style Editor of The Express Tribune. He tweets as @Rafay_Mahmood

He was only a Buddhist by salutations, just like we are only Muslims by virtue of rituals

Does Pakistan needlessly love to hate on its censor board?