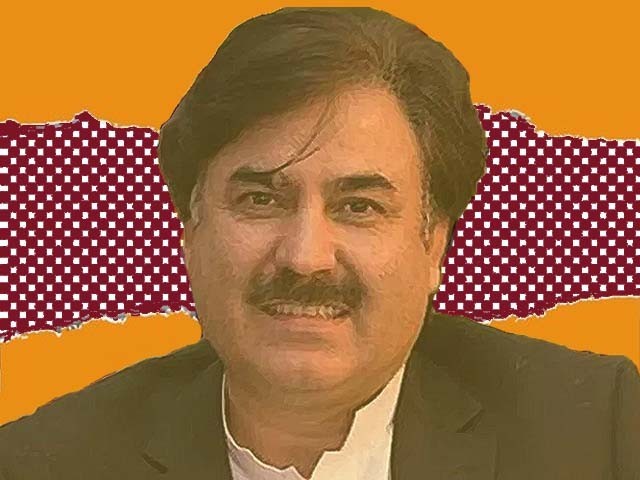 Yousafzai will prove to be only the latest sitting PTI minister to have made such a gaffe and by next week we will have another.

The current government has many detractors. Words like inept and clueless get bandied about all the time. But as this government drives the nation into the ground, and as you get repeatedly pummelled in the face by the nation’s growing economic woes, take solace in the fact that you will more often than not have a smile on your face during your destruction. While the first year or so in office for a new government is usually seen as an opportunity to lay the stage upon which the ruling party will build upon in the coming years, the Pakistan Tehreek-e-Insaf (PTI) government has seen it as an opportunity to regale the masses with an endless line-up of top of the line comedians desperate to take centre stage, each equally greedy for the spotlight, each willing to go to any extent in order to somehow outdo the other. Last week it was the mental gymnastics of Ali Amin Gandapur which had the audience in fits, this time around it is the Information Minister of Khyber Pakhtunkhwa Shaukat Yousafzai who has decided to chuck his hat into the ring.

When talking about the rising cost of the Peshawar Bus Rapid Transit (BRT) project, Yousafzai stated that the increased Rs3 billion expenditure, financed through a loan from the Asian Development Bank, should be of little concern since the eventual repayment of the loan would actually benefit Pakistan’s exchequer. According to Yousafzai,

“We have an edge over the rising dollar rate (in the country) because its cost has increased by Rs3 billion and we can save up to Rs3.75 billion since Pakistan has to pay back in rupees, not in dollars. This is what people do not understand.”

If this statement wasn’t enough to send your head into a spin, Yousafzai chose to double down on his comments when he appeared on Shahzeb Khanzada’s show yesterday and said,

“When we take loans in dollars, let’s suppose when its rate is at Rs100, and then the rate of the dollar increases to Rs150, wouldn’t we benefit?”

As expected, Khanzada reminded Yousafzai that when the time came to pay back the loan Pakistan would have to convert the amount from rupees into dollars, to which the minister responded by saying that when they would have to repay the loan it is possible that the price of the dollar could drop, thus benefitting Pakistan. Hence, according to Yousafzai’s logic, both a devaluation and an appreciation of the dollar would help Pakisatn and aid our ability to pay back loans. Evidently, our economic polices hinge on a wing and a prayer while our ministers are hopeful that fluctuating rates will help remedy the already rampant cycle of debt.

Just found out that rupee depreciation is actually a good thing — thanks to the unique wisdom of Shaukat Yousafzai, the Khyber-Pakhtunkhwa information minister pic.twitter.com/p7bLqkVY1a

However, this is not the first time that Yousafzai has been the source of amusement. In June earlier this year, Yousafzai’s press conference was live streamed on Facebook by the social media team of the Khyber Pakhtunkhwa government with the cat filter turned on. Hence, for those viewing the press conference online, Yousafzai appeared as a human-feline hybrid trying to explain PTI’s policies. At the time, Yousafzai stated that it was a simple mistake and should not be taken too seriously. Unfortunately, one can’t say the same about his most recent escapade. Yousafzai’s floundering attempts at trying to justify his loophole riddled loan repayment stance is simply the latest reminder of the fact that PTI members are apparently incapable of wrapping their heads around basic economic concepts.

Naturally, a large contingent of PTI supporters who lap this stuff up without question are convinced that the economic theories being propounded by PTI members are to be believed and taken prima facie. As a result, the party is currently breeding a whole generation of followers who are prepared to die on the cross defending even the most absurd statements by their party representatives. This brigade is ready to defend the likes of Yousafzai till the cows come home. Also, given that Yousafzai has decided to stand by his comments and even felt he could justify them, it is unlikely that the sheer ridiculousness of what he has said will sink in for him anytime soon. Furthermore, if you are in need of a reminder of just how far removed the likes of Yousafzai are from the economic realities facing Pakistan, think about the fact that during a time when PTI promised austerity measures, Yousafzai was provided with a luxury vehicle worth Rs8 million, which was is in clear violation of the tenants of PTI’s own austerity drive.

But, eventually, Yousafzai will prove to be only the latest sitting PTI minister to have made such a gaffe and by next week we will have another candidate vying for the attention of the media. So, the next time your shoulders feel burdened by the weight of the country’s problems, remind yourself, at least you have some much needed laughter to accompany the tears.