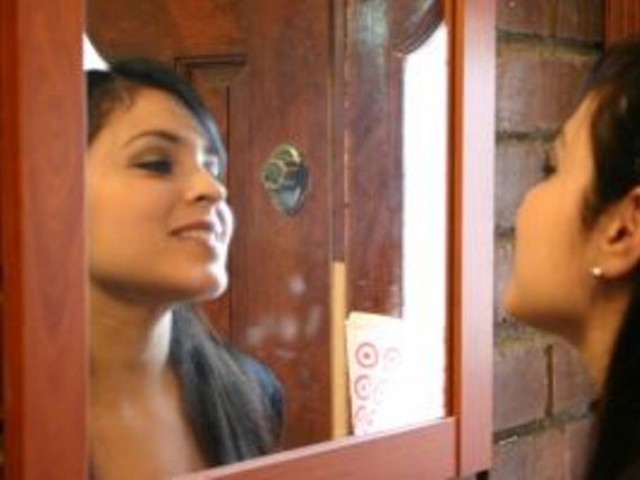 Asian girls with darker pigmentation suffer taunts, mockery and ridicule at the hands of their peers.

This may come as a surprise to you, but even women who till fields care about their complexion.This insecurity has risen from the relentless advertisements that preach ‘fairness’ as the key to all happiness. According to the media, being dark is a disadvantage akin to being disabled; a disadvantage so severe, that it could result in you remaining unmarried for the rest of your life.

Our media has brainwashed people into believing that they may have absolutely no chance of ever being happy or married if they are dark. A Pakistani woman may face a multitude of issues; she might have eight children, a gambler for a husband, and the pressure of dowry for her daughters. With all these concerns you might think that this woman’s biggest worry in life is just putting food on the table. Wrong. It’s trying to get her daughters to be fairer than they already are.

The media has developed yet another reason for women to feel dissatisfied; if they are not fair, they have no chance of progress in the world. People have fallen into the façade of  “the fairer the better,” giving in to local advertisements and endorsing skin bleaching products such as Fair & Lovely. Thus, they end up spending money on products that they don’t need.

I find it offensive and appalling that advertisements choose to display darker girls as plain and unattractive. They are shown with disheveled hair and desaturated skin. However, after they use  the pigment changers, they transform into happy, fair-skinned, beauties. They are shown with husbands, wealth, status, and background music that makes it look like their life is just perfect.

These advertisements feed off the sentiments of the insecure because they know that whilst an average Pakistani woman may not be able to go globe-trotting or have a lavish wedding, she can feel good about herself by applying a product that promises her a better life and a lighter skin tone – the image of perfection in the South Asian society. Pakistani streets are laden with billboards and posters featuring light-skinned models and actresses. These do not reflect the majority of the Pakistani population; dark-skinned, poor, hard working women.

Ancient India associated fair skin with the upper classes of society, while the darker skinned individuals were associated with farming, working, and the lower classes in general. While this attitude of distinguishing people based on the colour of their skin still persists, India has a huge population of South Asians who are predominantly dark-skinned. Though their media has been partial toward fairer actresses and models, there has been a shift over the last few years and several darker actresses, such as Bipasha Basu and Nandita Das, have been very successful and well-received on-screen. Regardless of this progress, several ad campaigns across India prefer light-skinned actresses and celebrities to endorse their products which is a highly unrealistic perception of beauty for South Asian masses who don’t necessarily fit this criteria.

Asian girls with darker pigmentation suffer taunts, mockery and ridicule at the hands of their peers. Evidence shows that in South Asian societies, darker girls face challenges when finding employment, getting married, and earning equal respect and recognition as their fairer counterparts even today. Mothers look for gori biwis  (fair wives) for their sons, discarding even the prospect of a kaali (dark) daughter-in-law. Girls are seldom allowed to play out in the sun for too long because of the fear of developing a tan. In some horrendous cases, women have been so negatively affected by complexes about the colour of their skin, that they have resorted to using extremely toxic chemicals to lighten their skin-colour. This has led them to develop mental disorders and psychological traumas in the process.

Continents away in North America, where I currently work and reside, there is the opposite conundrum that is equally disturbing and worrisome. Women are risking getting skin cancer, skin disorders and permanent pigmentation damage by exposing their bodies to harmful rays in tanning beds that are sprouting up in salons everywhere. “Pale” as they like to call it, isn’t really ‘in’ right now and women will go to all extremes to fit in and conform to society’s expectations of weight, skin, colour and beauty.

After all is said and done, let’s take a step back and re-evaluate what we consider beautiful, the impact of it on the world, and the unrealistic expectations and pressures put on women to to toe this line. Practices that require indulgence that are harmful to the health is a tumour to the society. They are extremely detrimental and are created by corporate fiends for profiteering purposes. Social stigmas keep making their way into the lives of the insecure, tormenting them until they succumb and begin mutilating their own skin and body parts in the quest for image perfection. The world has enough problems, and we do not need the unnecessary burden of self-loathing to be added to this list.