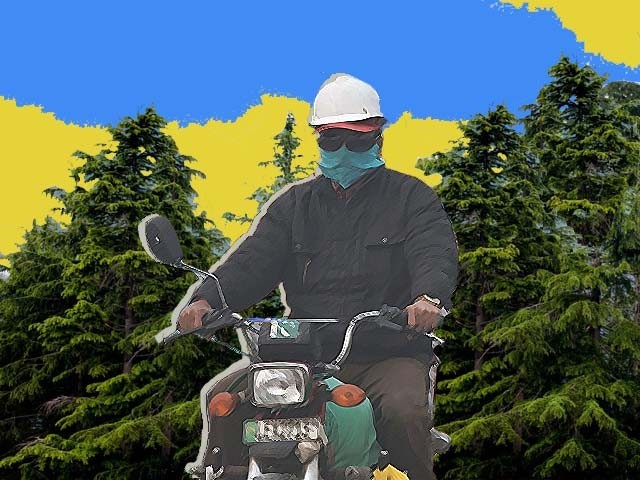 The Air Quality Index (AQI) in Lahore has risen to alarming levels.

Pakistan’s cities are ridiculously congested. They often feature a polluted water supply, over flowing garbage and toxic air pollution. As many environmentalists point out, they are gradually becoming unlivable, which is why many of us have welcomed the recent introduction of the Clean Green Pakistan Index. This index aims to encourage competition among Pakistan’s cities on various indicators like access to clean drinking water, safe sanitation, effective solid waste management and tree plantation. The index was launched in Islamabad this week and Prime Minister Imran Khan gave the example of his home-town Lahore which, in his younger days, was a green city with pure tap water and clean air.

“Today you can’t breath in Lahore. The worsening air quality is threatening the lives of the elderly and the young. It is a silent killer and now, Lahore’s pollution levels have reached those of Delhi, making it the second or third most polluted city in the world,” he stated.

He blamed the previous government for not thinking about the adverse impacts of uncurtailed de-forestation. He claimed that they had cut 70% of Lahore’s green cover in the last 10 years to build roads, adding that his own government was committed to a clean and green Pakistan. Malik Amin Aslam, the Advisor to the PM on Climate Change. said that the new index will encourage competition between 19 cities of the Punjab and Khyber-Pakhtunkhwa provinces on providing important services like waste collection and waste-water treatment.

In an earlier meeting with environmentalists in Islamabad, Aslam explained how the Chinese government had obtained success with a similar competition amongst their growing cities,

“The introduction of quantifiable environment performance in China brought about noticeable change in their local municipalities.”

He stated that around 35 indicators had been included in the Pakistani index and the project was going to be implemented within the next six months with funding from the Agricultural Development Bank (ADB). The private sector was also being encouraged to invest in waste-water treatment and solid waste management.

The PTI government has already introduced an app which can be downloaded by local government officials and private citizens, with defined activities that will be awarded bronze, silver and gold in recognition of best practices. At the launch, Aslam also said that, as part of the initiative, students from schools and universities would be engaged. He said that the youth of the country should register on the app and the government would recognise and reward those who actively participate. The PTI government also plans to launch a Green Youth Movement very soon to further involve young people in making Pakistan green.

Aside from waste management and the provision of clean water, the initial phase of the Clean Green Pakistan Index also calls for the participating cities, including Lahore, Gujranwala, Rawalpindi, Faisalabad, Sargodha, Sahiwal, Multan and Bahawalpur, to compete to beautify the city, clean streets, as well as on the usability of parks, tree plantation, encompassing sanitation, and community participation. At the launch, the PTI government also announced that they would soon be introducing an efficient local bodies system to empower people at the grassroots level in Punjab and Khyber Pakhtunkhwa. This will then enable the people to deal with garbage and sanitation issues themselves.

However, Mome Saleem, the founder and executive director of the newly opened Institute of Urbanism, believes that these measures are insufficient as they would still not address the root of the problem. She is of the opinion,

She said that the congestion of the cities has occurred due to the lack of urban planning. People have flocked to large urban centers like Lahore in search of better jobs and schools. Lahore is a prime example of worsening air pollution, but other cities will soon follow suit, given our rapidly growing population. Saleem concluded that a proper urban policy is required if we are to save our cities from becoming unlivable.

Saleem hopes that her new think tank can work with the government to come up with a sustainable urban policy based on solid research, noting that very few organisations are actually working on urban planning. She recently conducted a series of dialogues on “urban mobility” with a keynote speech by Dr Kamran Ahmad, a professor from NUST in Islamabad. He pointed out how congestion in our large cities had also been caused by the lack of proper public transportation systems and the easy access to car leasing/financing, which encouraged middle class families to purchase their own cars.

“Cars have become a necessity rather than a luxury,” he noted. He also added that there are “no proper school bus systems,” he stated.

Ahmad noted that the emergence of apps like Uber, Careem, Swvl and Airlift, which offer rides and car pooling opportunities were positive signs. He also praised the Metro buses introduced by the former government for providing cheap, efficient and respectable transportation although he criticised their focus on making signal free corridors which he said would only serve to choke up our roads. He called for further car pooling/sharing, discouraging individual car use by imposing high fee for parking, building cycling lanes, introducing flexible hours for work and improving public transportation. He also lauded the current government for introducing the new electric vehicle policy. He said,

“All over the world, electric vehicles are on their way. But in Pakistan, we need to make a proper plan for them so we don’t go the way of CNG cars.”

Environmentalists in Lahore are now calling upon the government and private schools to introduce school buses, given the menace of air pollution in the city and how car emissions are contributing to it. According to Attiya Noon, an activist from Lahore who works with WWF-Pakistan, Lahore has the highest rate of drop off and pick up cars per child in the world,

“We see an immediate drop in Air Quality Index (AQI) when schools are off, for example, on Saturdays when offices are open, but schools are off. There was a big jump in the AQI when school reopened after summer break.”

According to Dr Anees ur Rahman who heads the board of the Margalla Hills National Park,  there are no proper zoning regulations in Pakistan’s cities. He would like to turn the villages inside Margalla Park into model villages with proper garbage disposal systems and have the entire Margalla Hills National Park closed off to traffic. Instead, he wants chairlifts and cable cars to be used to transport people to the top as the road through the park is clogged by thousands of vehicles trying to go up to Damane Koh. He also criticised Metro buses for their high expense – the metro system in Islamabad, he said, cost us a whopping Rs 52 billion when an alternate and under used railway line from Islamabad to Pindi was already available.

Our development has certainly been road centric with the national annual budget plan for roads higher than that allocated to education, according to urban planning researcher Aniqa Arshad. She also stated that we are urbanising uncontrollably without an urban policy in place which has resulted in runaway urbanisation. Providing public transportation has become impossible as city settlements have spread very rapidly. Zalmi foundation’s Shakeel Ramay made a very relevant observation and said that even though people are pushed to move into cities, we barely manage them or the resources in the city. He was of the opinion that developing our rural areas may be a much better choice.