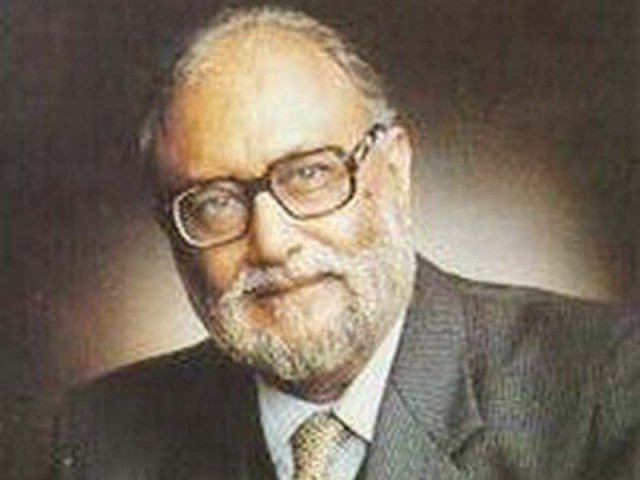 Is religious bigotry the only reason behind the lack of recognition accorded to Dr Salam?

Recently the 15th death anniversary of one of Pakistan’s greatest sons, the Nobel Laureate Dr Abdus Salam, passed away unnoticed. One often hears well-meaning voices and laments in the national media about how Pakistan cruelly and ungratefully refused to honour its only Nobel Prize recipient, just because he was from the Ahmadiyya community.

But is religious bigotry the only reason behind the lack of recognition accorded to Dr Salam? Pakistanis as a nation have a few iron-clad traditions that are rigorously followed come what may. The most prominent of these is to mistreat anyone who does any favour to this country.

Let’s take a look at some of the people who served Pakistan diligently and the way they were repaid by the nation.

Liaquat Ali Khan, who held the country together in the face of numerous threats and conspiracies, was murdered in front of thousands, with the incident remaining uninvestigated even after all these years. Former Prime Minister Feroze Khan Noon was one of the more prominent leaders of the freedom movement, who gave up his knighthood on Quaid-i-Azam’s orders.  He helped increase Pakistan’s geographical boundaries by acquiring Gwadar. Till now no other civilian or military ruler has a similar achievement to his or her credit. Less than four weeks after Gwadar was added to Pakistan, his government was toppled by the guardians of the country’s geographical frontiers.

Zulfikar Ali Bhutto, Pakistan’s first democratically-elected prime minister, who was the father of the country’s nuclear programme, the 1973 Constitution and the policy of building an indigenous defence manufacturing base, was sentenced to death in a trial where the judges’ personal prejudice against him was very obvious. Former Governor Sindh Hakeem Muhammad Said, whose services in the field of medicine and education are matchless, was assassinated in cold blood, with his murderers still at large over a decade after the incident.

So my advice to all compassionate souls, who lament the lack of recognition for Dr Salam’s achievements, is that it’s not just religious bigotry that afflicts Pakistan. We also suffer a genetic, in-born trait to turn on all benefactors with a vengeance. At least Dr Salam died a peaceful death.