Where does PTI stand on the Musharraf treason case? 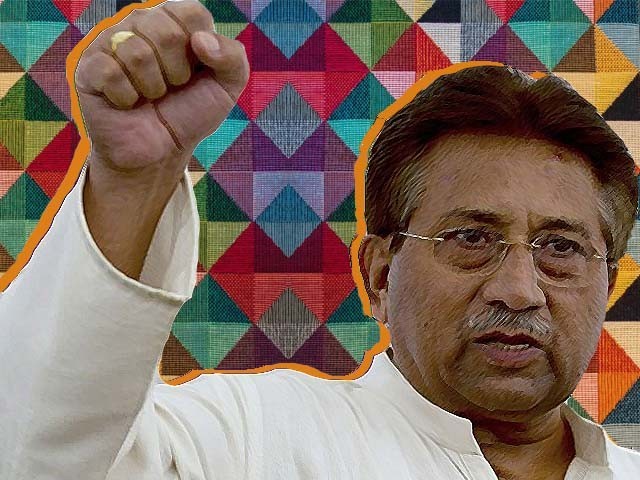 Former dictator Pervez Musharraf, who abrogated the constitution twice, has been facing treason charges in the courts. However, it seems that having been a military dictator he still enjoys support in several powerful quarters of the country. A few days before the special court listening to his treason case was due to announce its verdict, the Interior Ministry submitted a petition in the Islamabad High Court (IHC) to set aside a special court reserved judgment against Musharraf.

The petition filed in the IHC maintains that the Federal Government had sacked the previous prosecution team on October 24th and that the Interior Ministry was not given time to notify the new prosecution team. The petition also maintains that the reserved judgment of the special court is against the constitution since the new prosecution team was not heard. Similarly, in the Lahore High Court, Musharraf’s counsel pleaded on behalf of his client that reserving the judgment was unconstitutional as the trial proceedings were conducted in absentia of Musharraf and is hence against the spirit of the law.

Such a claim is almost comical given that the very same constitution was abrogated by Musharraf twice. This move actually appears to wish to rescue Musharraf from being charged under Article 6, under which, if he is proven guilty, Musharraf can be awarded the death penalty. Prime Minister Imran Khan just a week ago in his emotional speech at the opening of a section of the Hazara Motorway lamented that this country has different laws when it comes to dealing with powerful individuals.

Imran has been critical of the judicial system that allowed Nawaz Sharif to go abroad for the treatment of his illness, yet paradoxically, the government is apparently siding with Musharraf in his on-going treason case. Perhaps this is a result of the fact that many of the current members of the Cabinet consist of people who formerly worked alongside Musharraf. Hence, this is another feather in the cap of PTI as far as hypocritical politics are concerned. We all know who the actual ‘sacred cow’ is which has ensured that not a single Pakistani dictator has ever been held responsible for abrogating the constitution and imposing martial law in the country. Musharraf has been served notices by the court many times but has not come to Pakistan to face trial. On the other hand, it has always been elected leaders like Zulfiqar Ali Bhutto, Nawaz Sharif and Asif Ali Zardari who were never reluctant to face the cases framed against them.

Despite this reality, Imran only criticises the elected leadership for manipulating the justice system while he has now chosen to remain mum about the Musharraf case. Suspending the constitution of the country, defying one’s own oath of not interfering in political activities, throwing Pakistan into the dollar sponsored American war on terrorism, and firing judges of the higher judiciary for not taking oath on the Provisional Constitutional Order (PCO) are all condemnable actions. Imran himself participated in the famous Lawyers’ Movement for the restoration of the judiciary against Musharraf, but it seems he has a habit of taking U-turns from all his past stances and is more than happy to not lay a hand on the likes of Musharraf.

Any genuine political party can never even think of filing a petition in the courts to rescue a former dictator from a treason case since such an action can badly damage its democratic credentials. Yet it now increasingly seems like PTI consists of opportunists who would like to remain part of the government regardless of who is at the helm of affairs. Thus, protecting a former dictator makes PTI’s double standards shockingly evident. Imran already has a stain on his democratic credentials given that he supported Musharraf’s referendum. Now he is making sure that whatever democratic credibility he had left will be squandered away by wanting to protect Musharraf from the grip of the law.

If Musharraf is convicted by the courts then every potential dictator in the future will hesitate before abrogating the constitution, and Pakistan’s ‘invisible forces’ will hopefully think twice before trying to move the strings from behind the curtains. This case can turn the tides of history either way, and unfortunately both Imran and PTI are currently standing on the wrong side of history by wanting to protect an individual who undermined the constitution. However, this is not simply about one man. This is about bringing someone to justice who reflects the mentality that certain quarters of the establishment are above the law and that abrogating the constitution is not a serious offence. It is disgraceful for any democratic government or political party to claim that it wishes to protect democracy while simultaneously choosing to lend a helping hand to a former dictator.

From now on, Imran’s claim that he will work towards bringing an equal justice system will ring hollow. Him and his Cabinet members could run the risk of being remembered by history as the saviours of a dictator who was about to be brought to justice. As Dr Martin Luther King Jr said,

“Injustice anywhere is a threat to justice everywhere. We are caught in an inescapable network of mutuality, tied in a single garment of destiny. Whatever affects one directly, affects all indirectly.”

Do you think PTI is protecting Pervez Musharraf in the treason case?