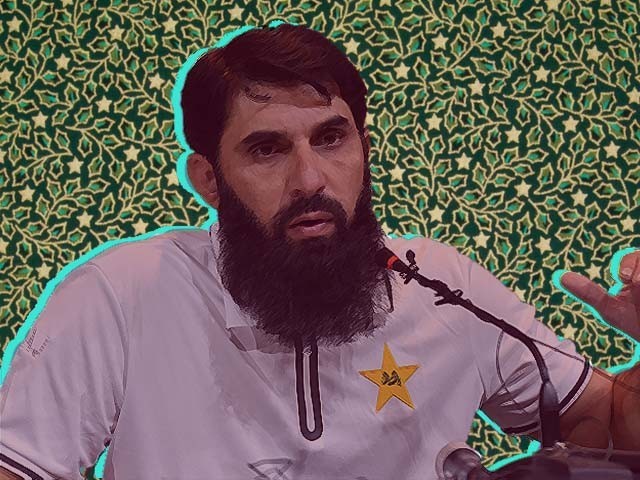 Ever since Misbahul Haq donned the two hats and became Pakistan cricket’s coach and chief selector, he has found himself at the centre of a continuous stream of debate and criticism. The thus far dismal start the Pakistan cricket team has gotten off to in Australia could mean that by the time the boys in green return back home we could be having to contend with a host of new potential question marks about the Misbah reign. But only time will tell whether or not that does indeed come to pass. Nonetheless, Misbah’s trail of blunders stretch even further back, all the way to his tenure as captain of the Pakistan cricket team. For now, here are a few glaring concerns which enthusiasts of Pakistan cricket are already having to confront.

Before the start of the first Test match against Australia this week, the speculation that Mohammad Abbas would not be included in the playing squad seemed ridiculous, and I did not expect Misbah to go through with such a decision. Misbah has made some terrible calls in the past, but I didn’t think he would seriously consider dropping Pakistan’s number one fast bowler, especially since fast bowling is an area where we have struggled recently. Unfortunately, I was wrong. Misbah dropped Abbas and instead selected Imran Khan, a bowler who hasn’t played Test cricket in the past three years. The last time he played was in Australia, where he was expensive and looked fairly innocuous. His pace was low and he simply didn’t look threatening. The captain at that time was Misbah and now, three years later, Misbah once again brings him back for yet another tour of Australia. Only a fool would expect the result to be different this time around.

Perhaps one of Misbah’s most perplexing picks for the Australia tour was the inclusion of Mohammed Irfan in Pakistan’s T20 squad for the Pakistan-Australia T20 series. Irfan was excluded from the Pakistan team under Mickey Arthur for his poor fitness levels, shoddy fielding and inability with the bat. Misbah appears to have pardoned all these shortcomings, and his decision proved to be costly as Irfan was expensive in the games he played. At 37 years of age, he simply doesn’t have a future at the top level of international cricket. We should have instead given young bowlers a chance, which Misbah eventually did, but at a time when it was too late and the series was in an unwinnable position.

Misbah robbed Umar Akmal of a Test career. While Akmal played Test cricket, he was Pakistan’s leading run scorer. Akmal scored 1003 runs at an average of 35, all before he turned 21. These runs weren’t scored on the flat tracks of the United Arab Emirates (UAE); they were scored in New Zealand, Australia and England, highlighting his extreme talent. Akmal played a grand total of one innings in the UAE, while others had the luxury of playing on those flat tracks, thus boosting their average. In the last full series Akmal played, he averaged 41 on tough wickets in the West Indies. His final innings came against Zimbabwe, where he got out due to a freak dismissal. Despite this, Misbah kept Akmal out of the team while he was captain, and it has now been eight years since Akmal last played a Test match, even though he has been averaging close to 45 in first-class cricket.

Not only did Misbah ruin Akmal’s Test career, he also played a hand in damaging his ODI career. In 2013, Akmal was our highest ranked batsman in the ODI rankings, averaging 38 at a strike rate of 85. He had scored two 50s in his last four ODI innings, yet he was dropped for the all-important 2013 Champions Trophy without any explanation. We were a team struggling in the batting department, yet we dropped our best batsman at the time. Not only that, Akmal had to constantly bat lower down in the order and was forced to play the role of a ‘slogger.’ Despite doing brilliantly at the number six position, where Akmal averaged higher than his contemporaries like David Miller, Angelo Matthews and Suresh Raina, Akmal was never allowed to progress up the ranks. Furthermore, Umar was forced to play as a keeper in the 2015 World Cup despite the fact that he is not a natural keeper, which proved to be costly given that Akmal dropped a Virat Kohli catch.

What is more infuriating is that Misbah not only harmed Akmal’s ODI career but he chose to replace him with some rather underwhelming players. Asad Shafiq was a decent Test batsman, but one look at his game and you could tell he was not cut out for the ODI team. Despite this, Misbah continued to persist with Shafiq in the ODI squad, a decision which repeatedly backfired, yet Shafiq somehow managed to play 30 ODIs under Misbah. He averaged a dismal 19 at a strike rate of 66, which just goes to show how ill-conceived his inclusion in the team was.

Sohaib Maqsood debuted in 2013 against a strong South African bowling attack, batting at number three, and smashed a brilliant 50. Another 50 in the next game sent Pakistan cricket fans into ecstasy since the growing consensus was that we had finally found our number three batsman, and one who could play the modern game. Yet for some reason unknown to man, in the next game Maqsood was demoted to number 4, and ever since then Maqsood is yet to bat at number three in the ODI format. In another bizarre twist, he was demoted to number seven a few games later. This was classic Misbah – find a batsman who has an array of strokes, and a batsman who can hit the boundaries, and subsequently push him down the order. Nonetheless, Maqsood played a blinder of a knock batting at number seven, smashing a match winning 89 not out. Despite this, just two failures later, Misbah excluded Maqsood from the ODI team, and instead selected Shafiq, who was already an proven ODI failure. At the time of Maqsood’s exclusion from the team, Maqsood’s ODI statistics were: 35 average, strike rate of 83, while Shafiq’s statistics were: 26 average, strike rate of 69. I rest my case.

Paradoxically, while the Pakistan team struggled with batting talent during Misbah’s captaincy, we had two batsmen in Pakistan tearing through the domestic circuit: Haris Sohail and Babar Azam. I still contend that one of the biggest travesties in Pakistan cricket is that Sohail debuted in Test cricket in 2017. He should have been selected years earlier. In the 2010-2011 first-class season, Haris averaged 46, in the 2011-2012 season he averaged 49, and in the 2012-2013 season he averaged 134, yet despite these performances he was not handed his Test cap till 2017.

Similarly, in the 2011-2012 list-A season Babar Azam averaged 66, in the 2012-2013 season he averaged 55 and in the 2014 season he averaged 63. Despite this, he only made his debut once Misbah had retired. As of now, Azam and Sohail are Pakistan’s two best batsmen, yet for years Misbah largely chose to leave them both of them out of his squad.

While Sohail did debut under Misbah in ODI cricket, he only played in 2013 before being quickly dropped after Misbah made him bat at number seven. Haris predictably failed at that position and was then excluded from the team for the next 16 months, until he was re-selected due to Mohammed Hafeez failing his bowling action test. And guess what? Sohail scored 85 not out in that match against New Zealand and went on to win the Man of the Match award. Similarly, under the captaincy of Misbah during the first season of the Pakistan Super League (PSL), Azam only managed to play two innings in the whole tournament before he was unceremoniously dropped for the remainder of the tournament.

Misbah was captain of the team for both these tournaments and failed to deliver on both occasions despite the fact that his squads had been forged under his reign. In the 2013 Champions Trophy we lost all of our games and were knocked out at the group stage. In the 2015 World Cup so many errors were made by Misbah that the entire situation was almost comical. Misbah persisted with using Younis Khan, even though he averaged 28 at a strike rate of 79. Despite this, he was somehow selected for the World Cup, where he failed miserably, ultimately leading to the downfall of the Pakistan team in the tournament.

Similarly, during that same World Cup campaign, in another baffling decision, Yasir Shah was somehow selected for the tournament. Shah at the time had only played one ODI, which had been four years ago. His inexperience showed when he went for 7.50 runs per over. Misbah also chose to play Shah against India, a team which is renowned for its ability to tackle spinners. Not only that, Misbah played a spinner against India in Australia, all whilst having Shahid Afridi at his disposal.

Ultimately, it is evident that Misbah was never fit to take on the double role of head coach and chief selector. Some blame for this must be shouldered by the likes of Wasim Akram who were part of the committee that selected Misbah for the dual role. It is extremely frustrating that such people step up and make the calls but then recede into he shadows when their decisions do not bear fruit. It is obvious that Misbah had been holding the Pakistan cricket team back since once he retired from the ODI format, just two years later, Pakistan won the Champions Trophy, courtesy of young players whom Misbah never selected during his tenure.

It should not be forgotten that Misbah holds the record of most consecutive games captained by a Pakistani in the ODI format. It also must not be forgotten that when Misbah retired, he left Pakistan at number nine in the ODI rankings, and judging by the way he’s started his coaching career, it seems he is on a mission to take us down the same downward spiral once more. What have been mentioned above are just some of the tactical errors made by Misbah prior to the matches. This list doesn’t include the tactical errors made on field, which were aplenty. One need only look at Misbah’s time as captain of the team to realise that he was never fit to become both the head coach and chief selector. His performance in the dual role is only making this increasingly evident. In the end, if Pakistan cricket truly wishes to continue on an upward trajectory then the first thing we must do is select a qualified coach. Evidently, Misbah is not that man.