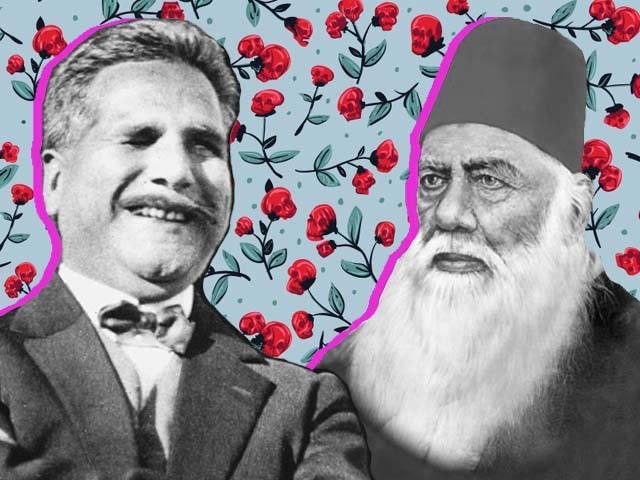 One of the unique traits of the Pakistani masses in general, and the ‘intellectuals’ in particular, is the arbitrary use of concepts without exploring their epistemological basis, resulting in a collective failure to explore the true depths of the different facets of life. It also explains our unwillingness to venture into domains which have thus remained unexplored. Though religion is the preferred topic of discussion for many, we remain largely ignorant about the topic because of a reluctance to truly engage with the religious corpus. For a clear understanding of religion, it is imperative to explain the nature of religious language and critically analyse different approaches, including theology, within religion to uncover the message hidden underneath. Therefore, this article attempts to explore the interface between divine truth and history, and analyse the nature of religious language.

Though most religious truths claim to be above time and history, they do manifest themselves through philosophical reflection, asceticism, personal psyche, dance, architecture, rituals,  poetry, war, meditation, music and many other ways. Hence we witness an embodiment of religion through the material things and a multiplicity of religious languages. Through language, religion weaves a grand story encompassing everything spanning from the microcosm of ones self to the collective pattern of the macrocosm. Among the varied expressions of religion, language is the primal medium as it imposes order on our chaotic experiences and impressions. The Quran is called the Word of God, while the first verse in the opening chapter of the Gospel of John in Bible starts with the words “In the beginning was the Word, and the Word was with God, and the Word was God.” It is language through which the human mind transmit ideas, concepts and understanding about the world within us and the world which exists beyond. There are a variety of languages in the world because of the heterogeneity of religious experiences, demonstrating the diverse ways through which mankind expresses its ideas. Religious belief is also represented in a language termed as religious language.

Like other dimensions and languages of religion, theology and speculative metaphysics are one of the outcomes of religious reasoning to construct a coherent story. However, theology cannot be taken as religion per se. Being oblivious to the genealogy of theological thought, today we take it as a supra-historical thing. In theology we attribute all creations to an ultimate being. Metaphysics is intellectual theory about gods, angels, life hereafter and entities that lie beyond the senses.

Immanuel Kant’s book Critique of Pure Reason aims at destroying metaphysics. Kant does not reject religion, rather he wants to show us that religion is not the same as metaphysics. Metaphysics is a natural outcome of a desire of religious reason for definite answers about the things that lie beyond the senses. Like a dove, to borrow the simile from Kant, which desires to fly in the empty space where it does not have to face the resistance of the air, religious reasoning desires an attainment of pure understanding of the transcendent on the wings of metaphysics. Kant’s criticism was a fatal blow to  the metaphysical traditions of philosophy in general and religion in particular. He rejected speculative metaphysics for being dogmatic, and favoured critical examination with our own rational apparatus. This, his critique has provided a chance for religion to do away with dogmatism which emanates from metaphysics because the essence of religion gets ossified in the layers of metaphysical explanations and theological postulations. Kant’s argument against metaphysics helps us to bring out the intellectual context of religion.

During the last three centuries, scientific reason and its language has an expanding influence on the other fields of knowledge, including religion. In contrast to this, the chasm between natural and human sciences is increasing, and the dominance of natural science has made the study of human beings problematic. Logical positivism is manifestation of this and is greatly influenced by the rule of verifiability in natural science; therefore it rejects every proposition that cannot be verified. Sir Alfred Jules Ayer embodied this way of thinking and declared metaphysical statements to be meaningless because they are not verifiable. There is no criterion that can verify statements such as ‘houris exists’ and ‘houris do not exist’. His rejection is sweeping since the criteria of verifiability cannot be used for every statement and field of knowledge.

The problem at the epistemic level arises from the will of different disciplines to solely define and dominate the whole domain of knowledge by their own standards. The human psyche has two components named logos and mythos, a balance between both keeps the human mind healthy. Logos is defined as the rational, pragmatic, and scientific thought that enable men and women to function in the world. Both logos and mythos have their own domains, but meddling of one in the other’s sphere can result in a crisis. Science is a product of logos. We cannot apply the criteria developed for natural sciences to measure the validity of religious experiences. At the same time, we cannot attain objective truths from religious experiences.

To understand the notions stemming from intuition we need to analyse them in their own terms. Interpolation of the logical way of comprehending deprives oneself of the riches offered by the mystical way. In order to comprehend the meaning of the poetic truth, it is indispensable, in the words of Samuel Taylor Coleridge, to willingly suspend disbelief. He defines ‘willing suspension of disbelief’ as ‘poetic faith’ that can be attained by putting aside our critical faculties (logos) in order to open ourselves to the meaning hidden in the mystical, mysterious and surreal. For example, if we logically or critically try to interpret Faiz Ahmed Faiz’s famous poem ‘Yaar’ or Dashte Tanhai as it is popularly known, we will find it to be nonsensical and illogical.

(In the desert of my solitude, my love, quiver
the shadows of your voice,
the mirage of your lips

In the desert of my solitude,
from the ashes of the distance between us,
bloom the jasmines, the roses of your touch

From somewhere nearby
rises the warmth of your breath
it smolders in its own perfume – gently, languorously

Far away, on the horizon, glistens
drop by drop,
the dew of your beguiling glance

With such tenderness, my love,
your memory has placed its hand
on the contours of my heart

Even though this is the dawn of our farewell,
it feels like the sun has set on our separation
and the night of our union is at hand)

Evidently, a literal reading of this text would yield little understanding. Hence, the images in the poem hint at a deeper psychological process of nostalgia and love. The poetic devices employed by Faiz resonate in the subjective world of the reader. With the advent of modernity, we see the dominance of language and methodological tools of logos over the spheres of mythos. Working under the influence of the doctrines of logical positivism, Ayer committed the mistake of exploring religious experience from a doctrine that extrapolates the outlook of modern natural science as the model for all knowledge. In the case of Islam, the religious clergy try to explicate objective facts from religious outlook, tackling the challenges of modernity, which is a product of reason, with the incompatible tools of mythos. By doing so they are committing a grave blunder by making myth the basis of pragmatic policy. As a result, Muslim societies today are in a state of intellectual disarray because they have let myth take over the tasks that are supposed to be fulfilled by logic. The modern apologetic tradition of Muslim scholarship emanates from their attempt to explain religion in the language of natural science, as shown by Sir Syed Ahmad Khan and especially Muhammad Iqbal.

Since Khan and Iqbal were breathing in the dominant epistemic atmosphere of their time, they internalised the dominant mode of thinking in an attempt to appear modern. Although Iqbal is a seminal figure in modern Muslim thought, he could not save himself from being an apologetic. He was impressed by the ideas of science prevalent in the first half of the twentieth century, which is why he defined the sublime truth of Islam as being dynamic not static. Ultimately, if we truly wish to move to a pragmatic way of thinking, then it is imperative that we re-engage with the nature of religious language.