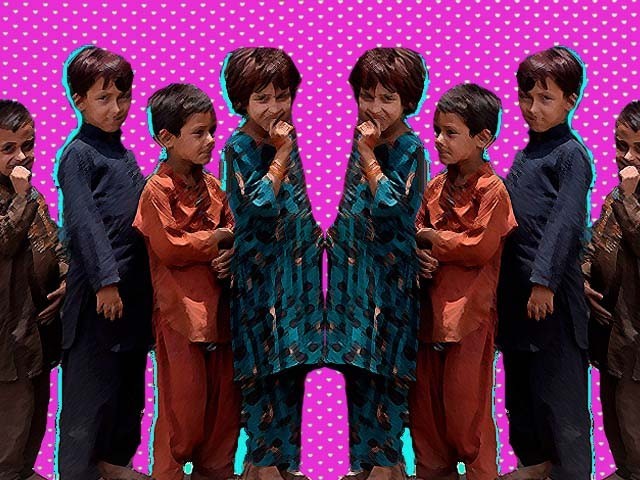 On November 20 1989, the ‘Convention on the Rights of the Child’ was adopted by the United Nations, leading to the day coming to signify ‘World Children’s Day’ across the globe. The convention binds together countries and communities, a testament and a promise which states that children have the right to survive, live and develop; should be protected from violence, abuse and exploitation; and reserve the right to fully participate in the community that they are a part of. Yet, after 30 years, there is a dire need to revisit those principles in Pakistan. Despite the fact that Pakistan is a signatory to the ‘Convention on the Rights of the Child,’ it has principally failed to harmonise its legislative framework design with the core principles of the convention.

In Pakistan, children are deprived of access to education, evidenced by the fact that Pakistan has a low primary school enrollment. Instead, many children are forced into labour and required to earn for their families instead of being sent to schools. In a country plagued by poverty and conflict, ignorance of such matters is a basic impediment in ensuring that we are able to ensure a brighter future for our children. We do not have to create new legislation every time we discuss the issue of child rights, instead, we have to effectively mobilise our resources through a robust implementation plan which needs the complete backing of the government.

According to Article 12 of the ‘Convention on the Rights of the Child’:

“State parties shall assure that all children are capable of forming his or her views freely on matters that affect them and the views of the child are given due importance as per the age and maturity of the child.”

“States Parties shall take all appropriate legislative, administrative, social and educational measures to protect the child from all forms of physical or mental violence, injury or abuse, neglect or negligent treatment, maltreatment or exploitation, including sexual abuse, while in the care of parent(s), legal guardian(s) or any other person who has the care of the child.”

Article 25-A of the Pakistan constitution requires the state to provide free and compulsory education to all children, aged between five-16 years. By law, there should be zero tolerance for a violation of this article, yet the country’s education system has created a public education system which requires drastic reforms. The recent initiative by Imran Khan called the ‘Ehsaas’ programme focuses on addressing this major issue through public sector grants and scholarships. One hopes that it serves as a step in the right direction, but it is evident that there needs to be a nationwide reassessment of the education our schools are offering to the children of this country.

We as educationists, parents, teachers and above all policy makers, must implement the guidelines defined under the ‘Convention on the Rights of the Child.’ For a prosperous Pakistan to become a realty, our children need to feel secure living in the nation. A country where a child, regardless of class, race, colour and religion is guaranteed safety, health, education and freedom from discrimination. Unfortunately, the alarming cases of child abuse, rape and sexual violence which continue to haunt the nation have made it apparent that we continue to fail the children of this country on a daily  basis. For instance, recently, a paedophile who is linked to a global porn ring was detained in Rawalpindi. He has been accused of assaulting and abducting more than 30 children across the country, yet prior to his arrest he was comfortably working as consultant for the Khyber-Pakhtunkhwa government. If such individuals continue to escape the grasp of Pakistan’s law enforcement agencies then it isn’t too hard to understand why we as a country have failed to uphold the ‘Convention on the Rights of the Child.’

Bizarrely enough, the United States (US) has still not ratified the ‘Convention on the Rights of the Child’ and continues to face some backlash from certain quarters in the country with regards to the treatise. Pakistan cannot afford to get stuck in that quagmire. We as a nation must aim for greater governance and policy initiatives when it comes to the protection of our children. We must incorporate stricter legislation and continue to call out faulty governance. Only then can we move closer towards the actualisation of nation which truly protects its children.