India’s Kashmir propaganda: A leaf out of Israel’s book – Part 2 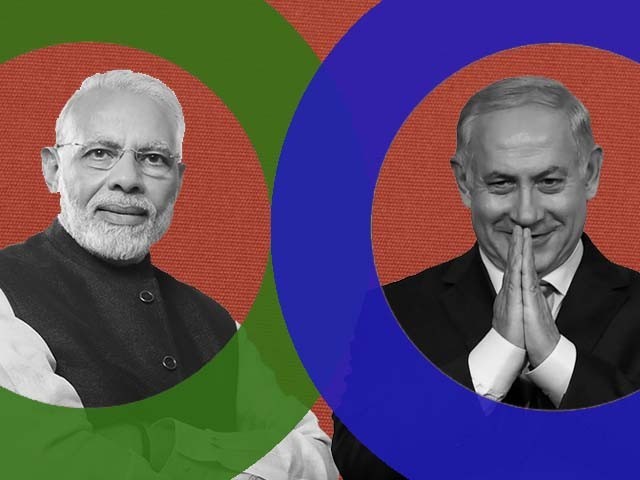 This article is the second piece in a two part series which adopts a historical perspective in order to analyse just how closely India’s actions in Kashmir over the years have mirrored Israel’s policies in Palestine. Read part one here.

Attempts to hide occupation, annexation and war crimes behind a shroud of ‘legality’

‘The British gave us Palestine’ is a common Zionist refrain, citing the Balfour Declaration. Yet another example of brittle Hasbara backed only by powerful Zionist media influence, the 1917 Balfour Declaration held no legal validity since Palestine at the time Lord Balfour made his ‘promise’ to Lord Walter Rothschild to set up a Jewish state there belonged to the Ottomans.

Zionists also attempt to claim the UN General Assembly (UNGA) ‘legalised’ the creation of Israel. As the now widely-cited 2010 article by independent journalist Jeremy R Hammond titled ‘The Myth of the UN Creation of Israel’ elaborates, UNGA Resolution 181 was a mere non-binding recommendation for partition of Palestine into a Jewish and Arab state and request for the Security Council (UNSC) to find a way to implement that recommendation. It also requested the inhabitants of Palestine to accept it and cited no action if they did not.

As it were, even the highly unfair recommendations of 181, that Arabs despite owning 85% of Palestine’s land and being 65% of its population should receive 45.5% of the land and the Jewish state 55.5%, were not implemented. American Zionists with documented sway over US policymakers such as Wallstreet financier Bernard Baruch even communicated to various UN member states threats to use their influence to roll back US aid to them and financing for vital development projects if they opposed 181.

In any case, Zionists annexed 77.4% of Palestine by May 1948 through the aforementioned ethnic cleansing campaign. 181, non-binding or not, was never implemented. The rest of historical Palestine was annexed by Israel in the 1967 Six Day War.

On a similar note, India’s ‘Instrument of Accession’ excuse for its occupation and brutalities in Kashmir has been a mainstay of its propaganda on the matter. India claims it procured the document from Maharaja Hari Singh on October 26, 1947 and airlifted its troops to Kashmir as a just defence against Pakistani ‘aggression’.

With Indian forces and other actors involved in massacres in Jammu and Kashmir much prior to the Pakistani ‘invasion’ of tribesmen established in the first part of this article, it is evident India was not merely ‘defending’ what was ‘its’ territory. But did India receive the Instrument as it says it did, and did it show it to Pakistan or for that matter the UNSC when the latter was invited by India to mediate the end of the Kashmir war and the territorial dispute with Pakistan in January 1948?

Not only had India participated in the anti-Muslim violence in Jammu and Kashmir, intended to bring demographic change in favour of Hindus and thus rendered the environment for a fair accession impossible, but it did not prove its procurement of the Instrument prior to October 27th either.

In an essay titled ‘The Indian Claim to Jammu and Kashmir:  A Reappraisal’, Alistair Lamb investigates India’s claim that India procured and formally accepted (via Louis Mountbatten) the Instrument of Accession on October 26, 1947.

Unfortunately accepted by the Pakistanis at the time, Lamb, with access to the relevant historical documents, archives and works by Indian and Dogra officials involved in the Kashmir conflict, demonstrates the claimed date of the ‘accession’ to India to be false. Lamb explains that Singh’s top officials who had been in New Delhi whilst he was still travelling to India on October 26th met with him personally in Jammu on October 27th to appraise him of the negotiations with India.

Considering the Indian army undisputedly landed in Srinagar on the morning of October 27th at 9am, this puts the military intervention earlier than Singh even reaching India, let alone signing the alleged Instrument. The thus falsely-dated alleged accession – which India provided no proof of to the UN when it itself brought it into the fray months later for mediation – was thus made under circumstances of duress and by a ruler with negligible authority left.

Lamb points out that the Singh’s October 26th letter to Mountbatten requesting military assistance in exchange for accession and Mountbatten’s acceptance of it in the October 27th letter mentioned earlier were published by India on October 28th. However,

“It was not communicated to Pakistan at the outset of the overt Indian intervention in the State of Jammu and Kashmir, nor was it presented in facsimile to the United Nations in early 1948 as part of the initial Indian reference to the Security Council.” (pp. 4)

India keeping such a vital document from an international mediator it brought to Kashmir itself was more than just a red flag. Lamb added,

“The 1948 White Paper in which the Government of India set out its formal case in respect to the State of Jammu and Kashmir, does not contain the Instrument of Accession as claimed to have been signed by the Maharajah: instead, it reproduces an unsigned form of Accession such as, it is implied, the Maharajah might have signed. To date no satisfactory original of this Instrument as signed by the Maharajah has been produced: though a highly suspect version, complete with the false date 26 October 1947, has been circulated by the Indian side since the 1960s. On the present evidence it is by no means clear that the Maharaja ever did sign an Instrument of Accession.” (pp. 4-5)

India had helped Singh worsen an already bad internal situation in Jammu and Kashmir in attempting to change its demographics and exacerbated the Muslim revolt against him which led to his writ as ruler becoming almost negligible by the time India intervened. It itself contributed to rendering the environment impossible for fair accession.

“First: the State of Jammu and Kashmir was a region with an overwhelming Muslim majority contiguous to the Muslim majority region of the Punjab which became part of Pakistan. Second: the economy of the State Jammu and Kashmir was bound up with what was to become Pakistan. Its best communication with the outside world lay through Pakistan, and this was the route taken by the bulk of its exports. Third: the waters of the Indus, Jhelum and Chenab, all of which flowed through Jammu and Kashmir territory, were essential for the prosperity of the agricultural life of Pakistan.” (pp. 12, Kashmir: A Disputed Legacy)

But both impracticality and immorality underpin India’s occupation of Kashmir, just as they do the existence and expansionist endeavours of Israel.